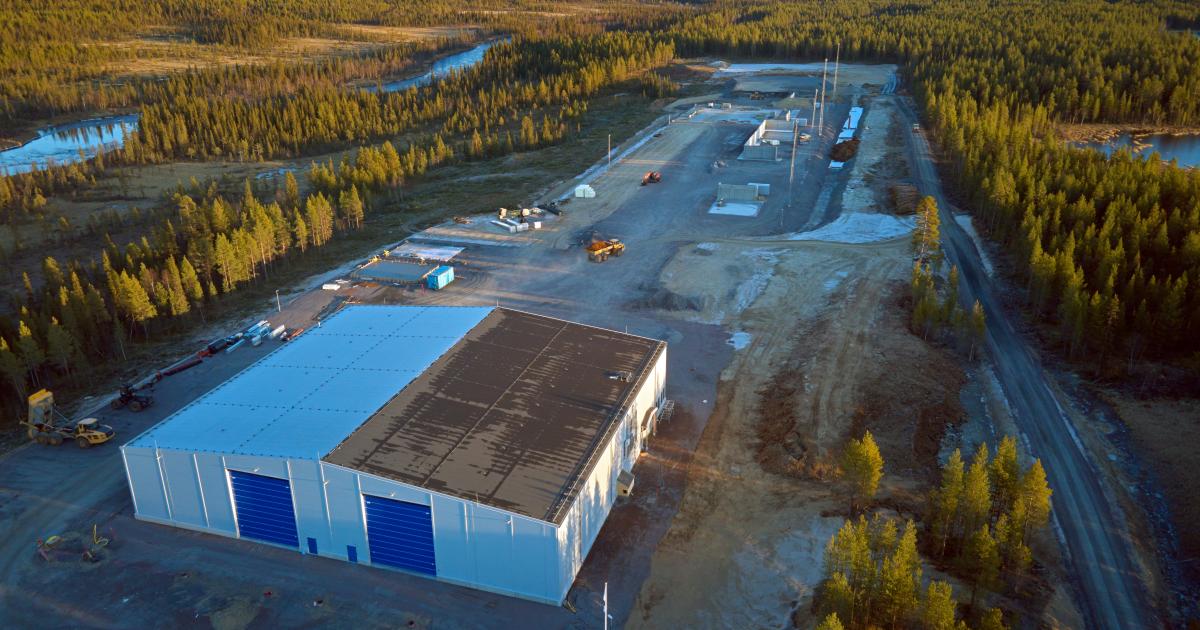 The opening takes place in conjunction with Sweden taking over the presidency of the Council of the EU. The King of Sweden Carl XVI Gustaf, the EU Commission President Ursula von der Leyen, and Sweden's Prime Minister Ulf Kristersson (the Moderate Party) were present.

Kiruna is perhaps best known for its mining industry. However, the space industry also plays an important role. Sweden's only space base is located just outside the center of Kiruna and is one of two European space bases.

"This is a great moment for Europe and the European space industry. This space range is just the infrastructure we need," said EU Commission President, Ursula von der Leyen, during the opening ceremony. She highlighted the importance of satellites when it comes to security, the green shift, climate change, and natural disasters, i.a.

"If we want to effectively track the effects of climate change, space offers 60 percent of the measurements we need. The space perspective provides us with the majority of the data we need to understand what is going on," she adds.

An important resource for Europe

The new space range Spaceport Esrange describes itself as Europe's polar gateway to space. The facility has been under preparation for many years but has now received increased capabilities.

Today, only ten countries in the world have the capacity of launching orbital satellites. The Esrange facility in Kiruna is the first space base opened in mainland Europe seeing as the other European space base is located in French Guiana.

For Europe, the new orbital launch complex at Esrange will be a long-awaited critical resource. Spaceport Esrange will offer an independent European gateway to space, which supplies and strengthens the current European's capacities in French Guiana in South America, writes the state-owned company, Swedish Space Corporation (SSC), which owns and operates Esrange, in a press release.

"This new launch complex will contribute to creating a foundation for a resilient Europe in space," says Stefan Gardefjord, CEO of SSC.

According to the company, SSC SmallSat Express will be the new European launch complex for small satellites and offer a state-of-the-art service at Esrange Space Center, with complete launch capacity for standardized polar orbits from 2023.

SSC emphasizes that more satellites will be necessary in the future. Around 10 000 new satellites are expected launched in the coming years and by 2040, the total number of satellites may reach 100 000 – compared to the 5000 operative satellites in orbit today.

Andøya Space in Norway may also be the first in Europe.

In competition with Norway

Although Spaceport Esrange is now open, a race to become the first country to launch satellites in Europe is currently taking place.

Andøya Space in Northern Norway is also building a space port for the launch of small satellites.

"The Swedes are definitely part of the race and may be the first, but we also have Andøya Space in Norway," says NRK journalist Hhallvard Sandberg.

Sanberg highlights that Esrange in Kiruna is the first space range to officially open. That has not happened at Andøya. There they will take over the launch platform in the spring and they are hoping to be ready to operate within the year and that the first satellite rocket will be launched from Andøya during the year.

The first satellite launch from Spaceport Esrange in Sweden is expected to take place late in 2023.