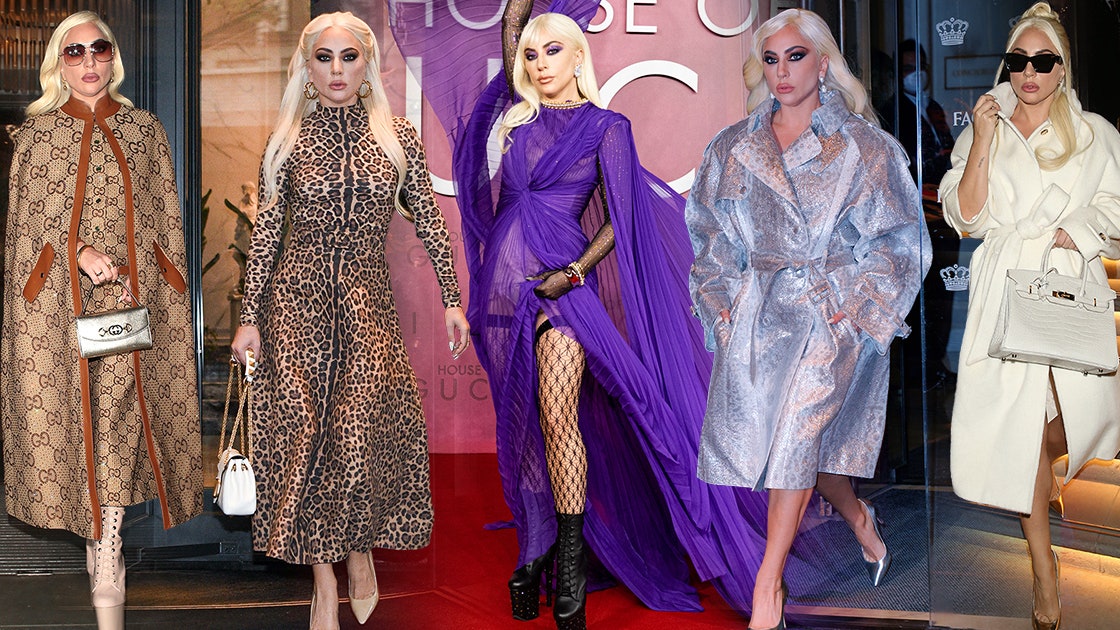 Every Way Lady Gaga Has Pulled Off “Painful Italian Glamour”

Ahead of the House of Gucci press tour and premieres this month, Lady Gaga told British Vogue that she would serve “painful Italian glamour” on the red carpet. She’s kept her promise. At the film’s premiere in London, Gaga hit the step and repeat in an ethereal purple Gucci gown with dramatic sleeves, which she flung in the air for theatrical effect. The moment was deliciously over-the-top, and the star has only continued on with this fashion energy for the appearances that followed. Each time she’s hit the carpet, she’s consistently switched up her look, all the while championing Italian fashion labels like Valentino, Versace, and, yes, even more Gucci. And in honor of the film’s release tomorrow, Vogue is recapping all of Gaga’s ensembles thus far.

Considering her film is an homage to Italian fashion at large, it only made sense that Gaga would highlight Italian brands for her own fashion looks on the carpet. Elegant evening attire has been a consistent theme throughout her appearances. Just last week, she attended the L.A. premiere wearing a strapless Valentino gown that was covered in dazzling crystals—a dress that was practically made for an A-list star who lives life in the spotlight. Equally jaw-dropping was the red-hot Versace number she wore for the film’s premiere in Italy: Donatella Versace custom-designed it for her, but it’s based on a runway style that her brother, the late and great Gianni Versace, made back in the ’90s. 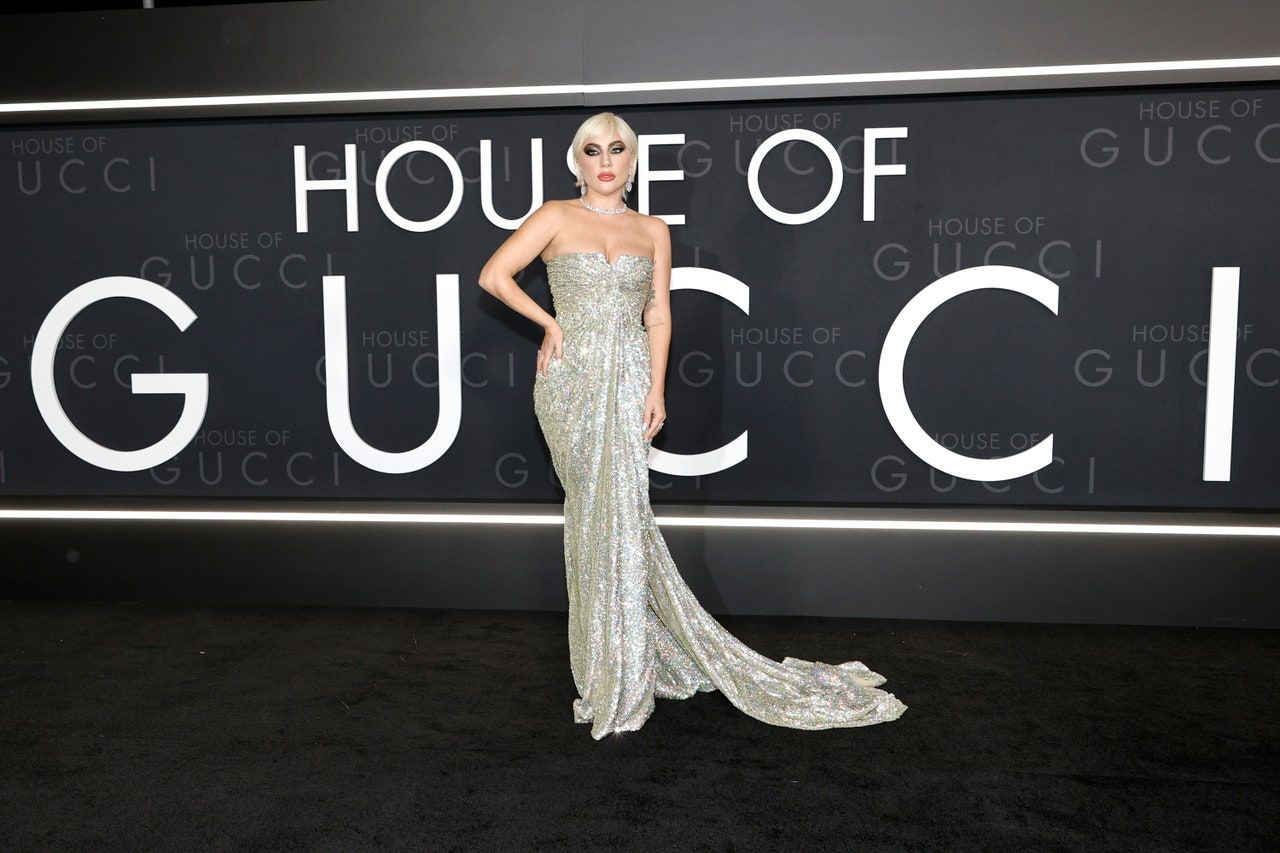 Even Gaga’s more casual press tour outfits have delivered strong statements. Whether it’s for informal press interviews, or when she’s leaving her hotel for dinner, Gaga has proven she lives and breathes fashion 24 hours a day. Take the Alexander McQueen getup she wore in London, consisting of a bejeweled tux and sparkly tights from the label’s spring 2022 collection. Or the sparkly snakeskin Lanvin trench she wore for a late night appearance, which shimmered against the paparazzi flashbulbs. Part of us is sad that the film is officially releasing tomorrow-meaning Gaga’s exquisite fashion looks for its press tour are coming to an end. However, something (the encroaching awards season, perhaps?) tells us Gaga will only continue on with these fashion serves after the project wraps. And on, like, a regular Tuesday. 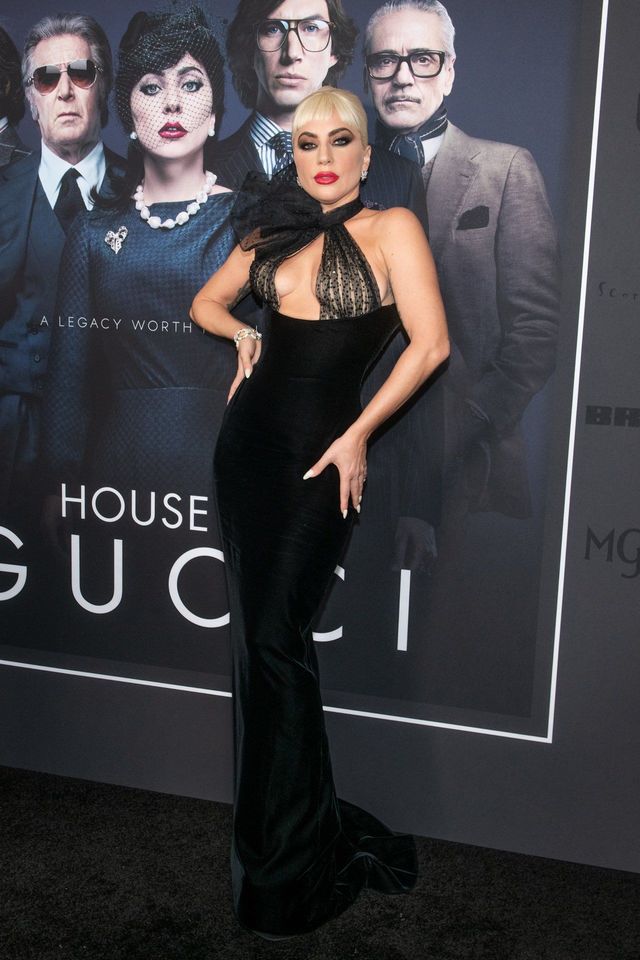 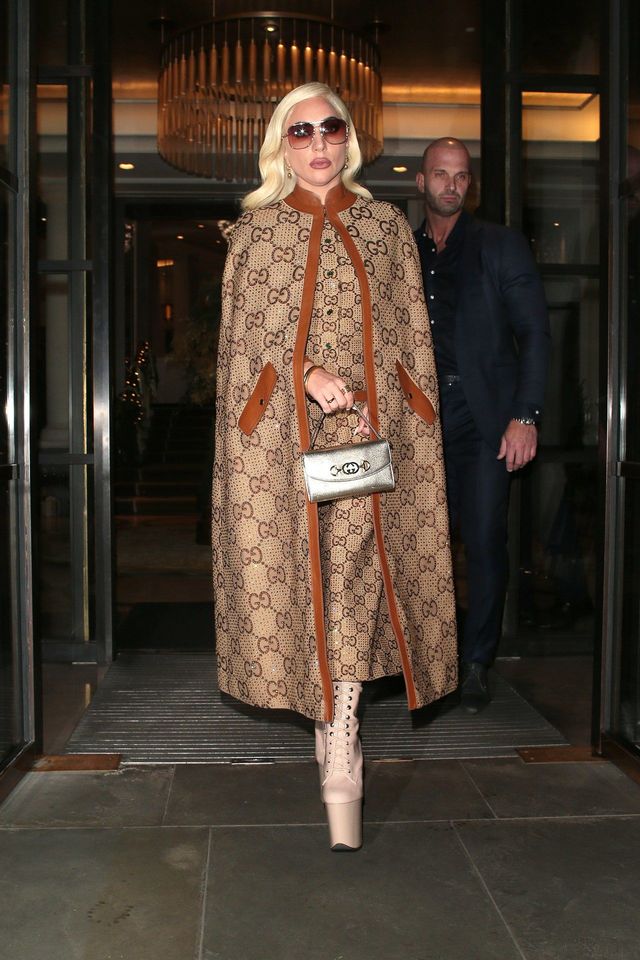 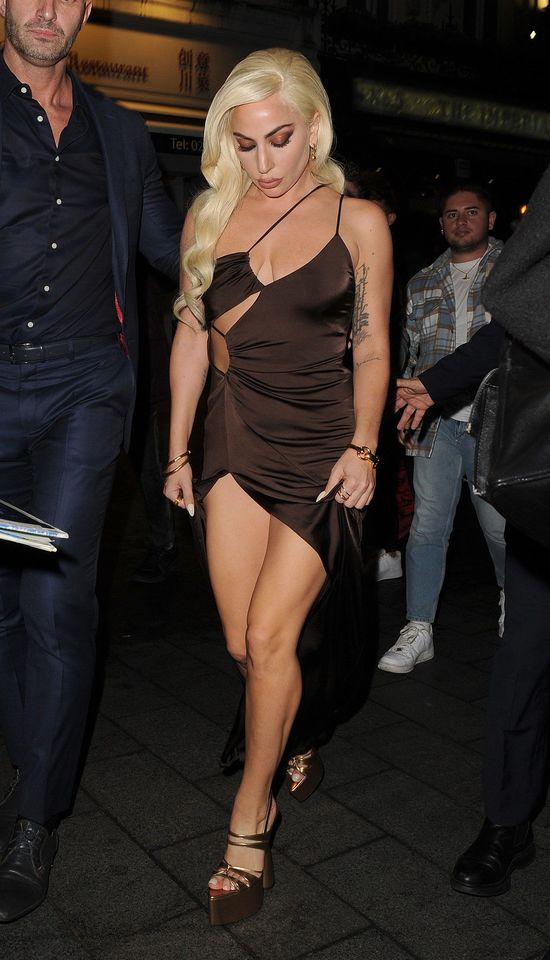 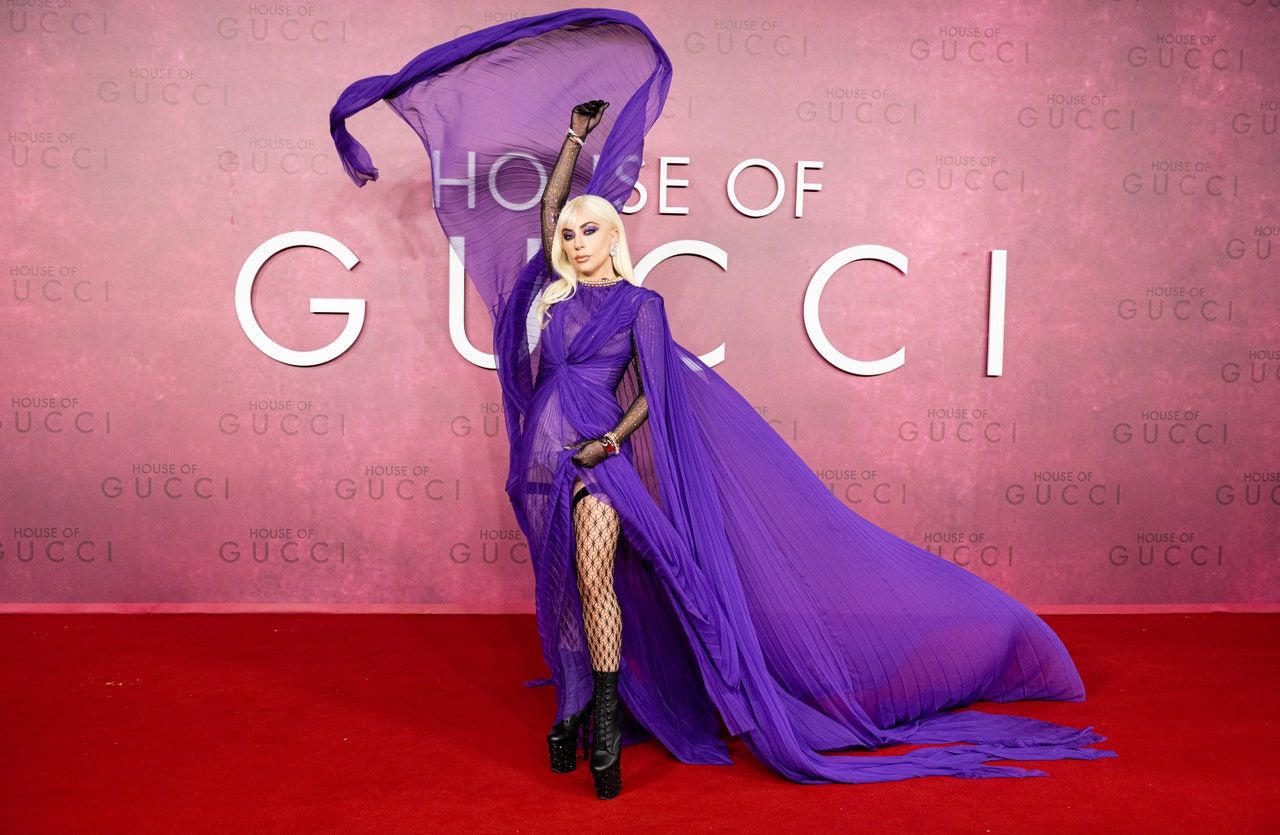 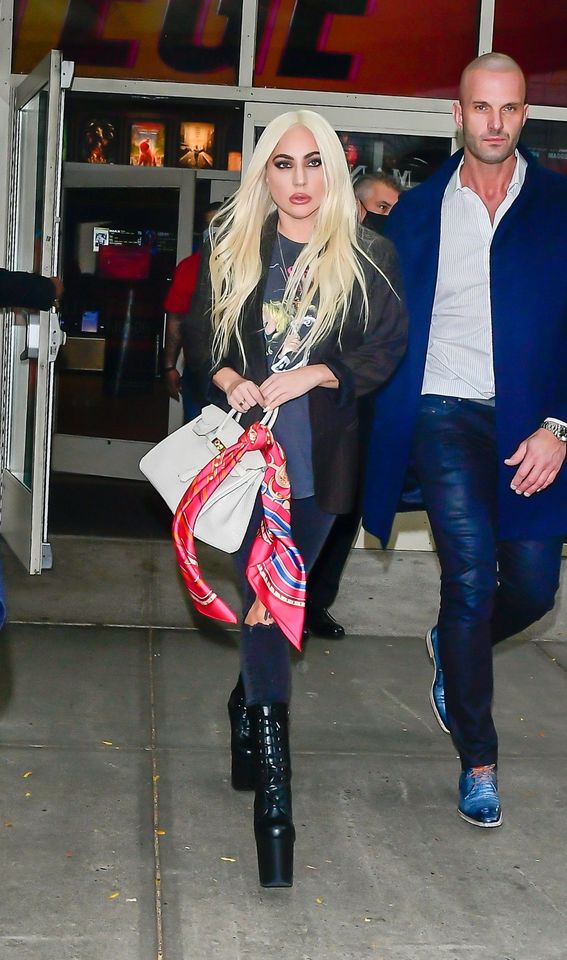 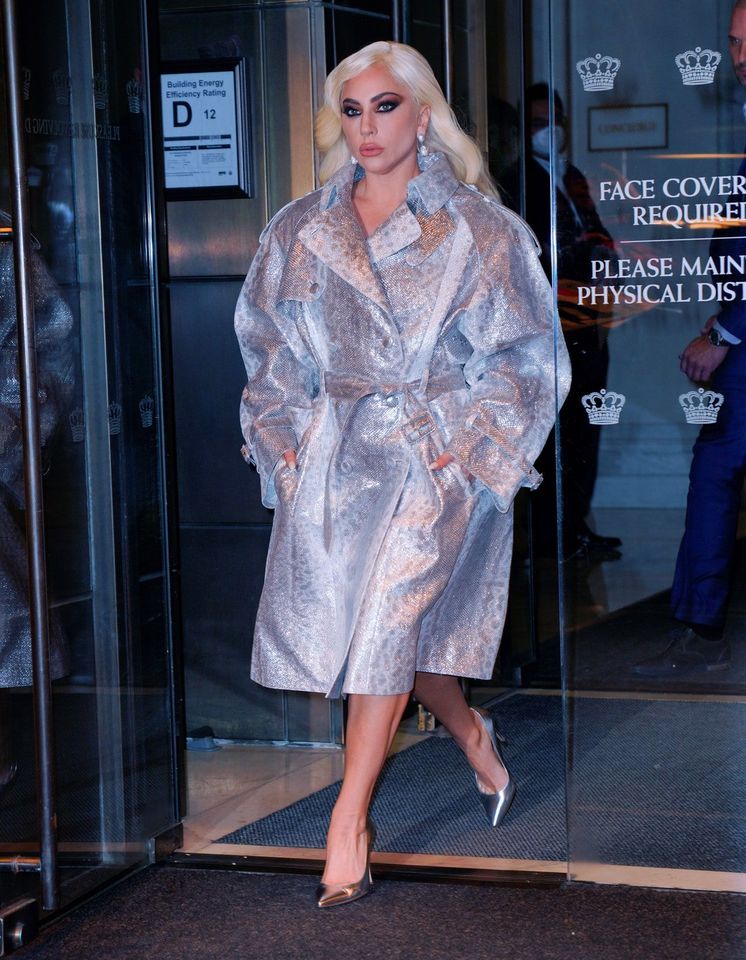 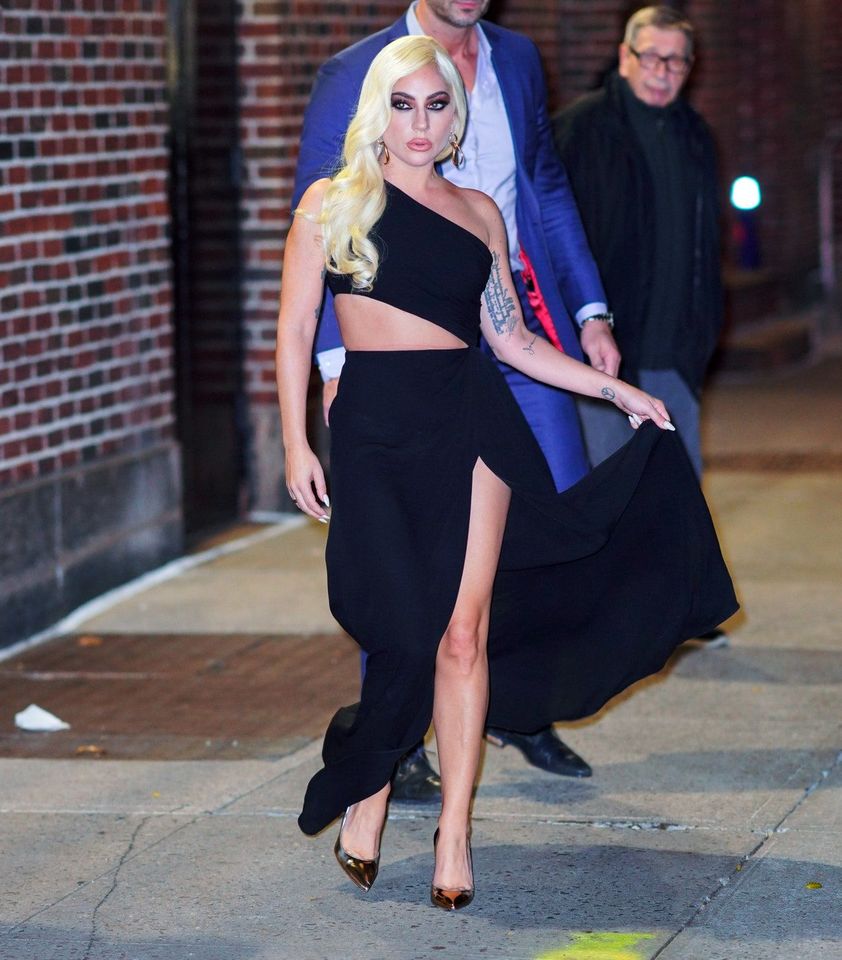 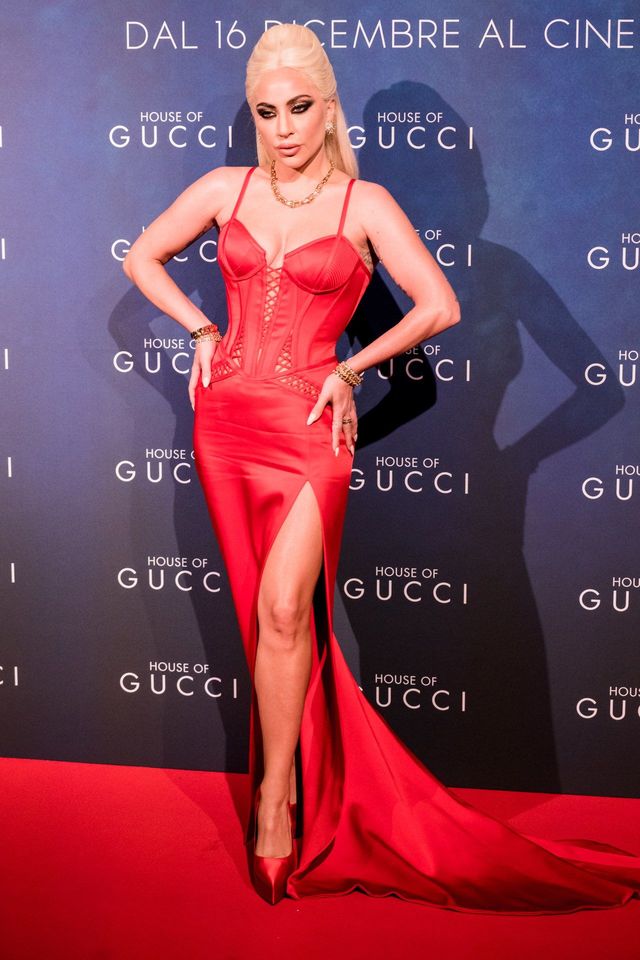 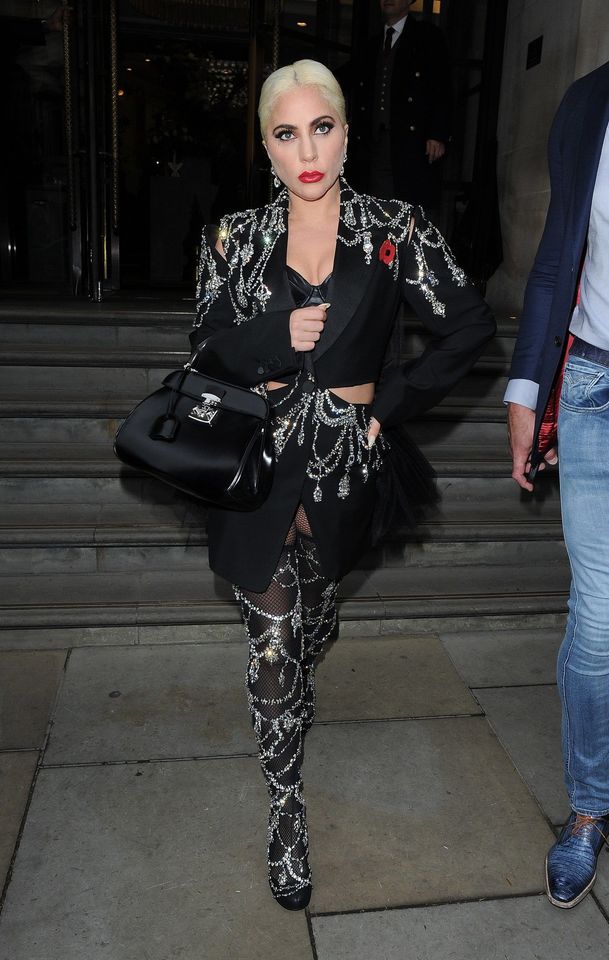 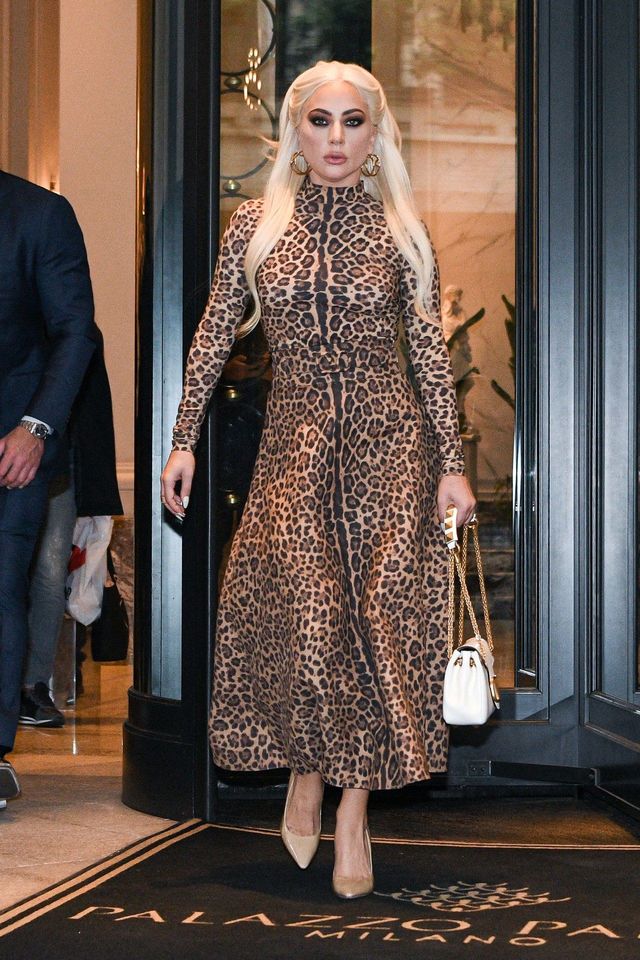 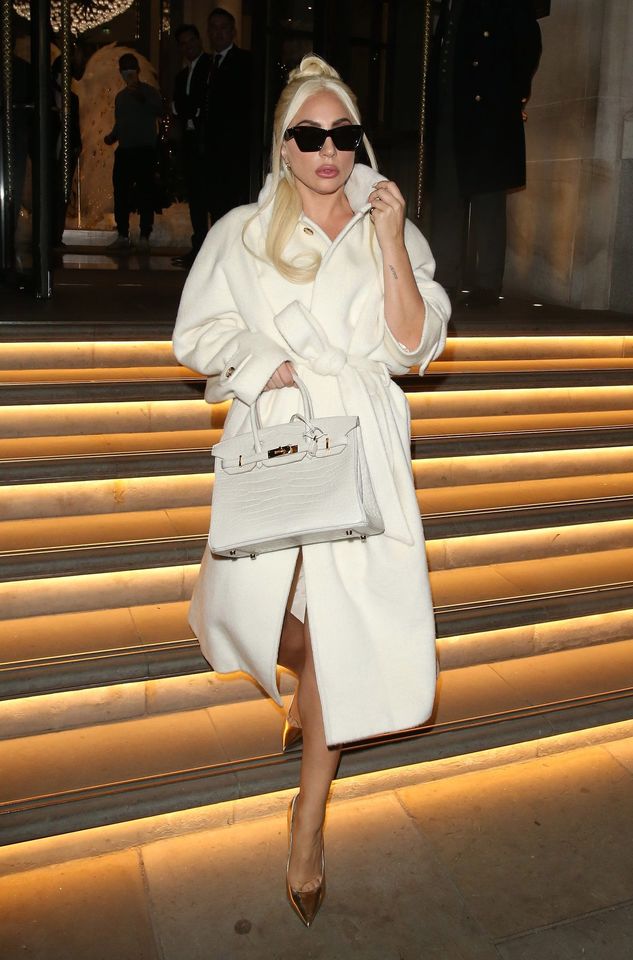 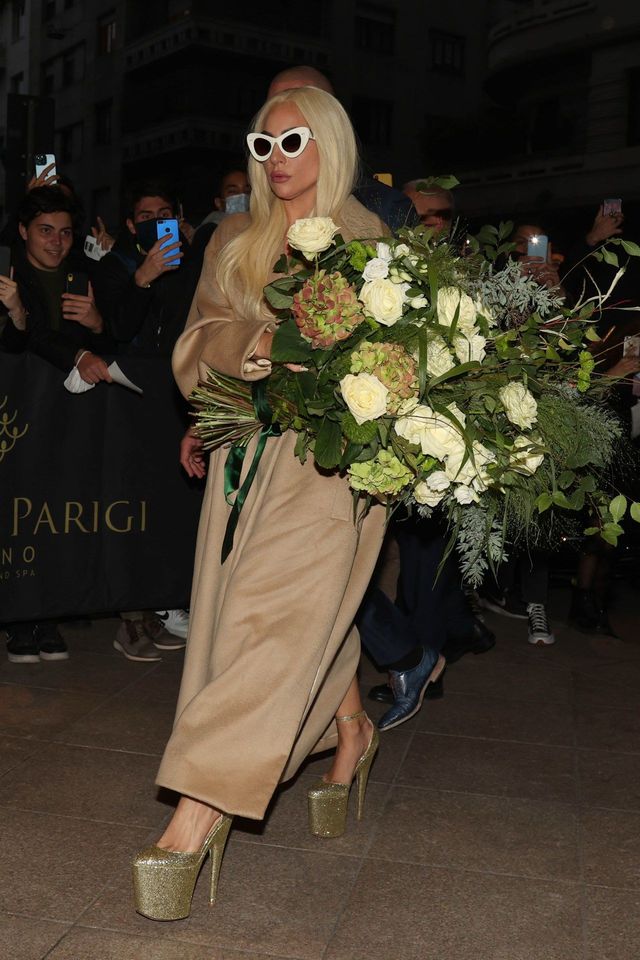