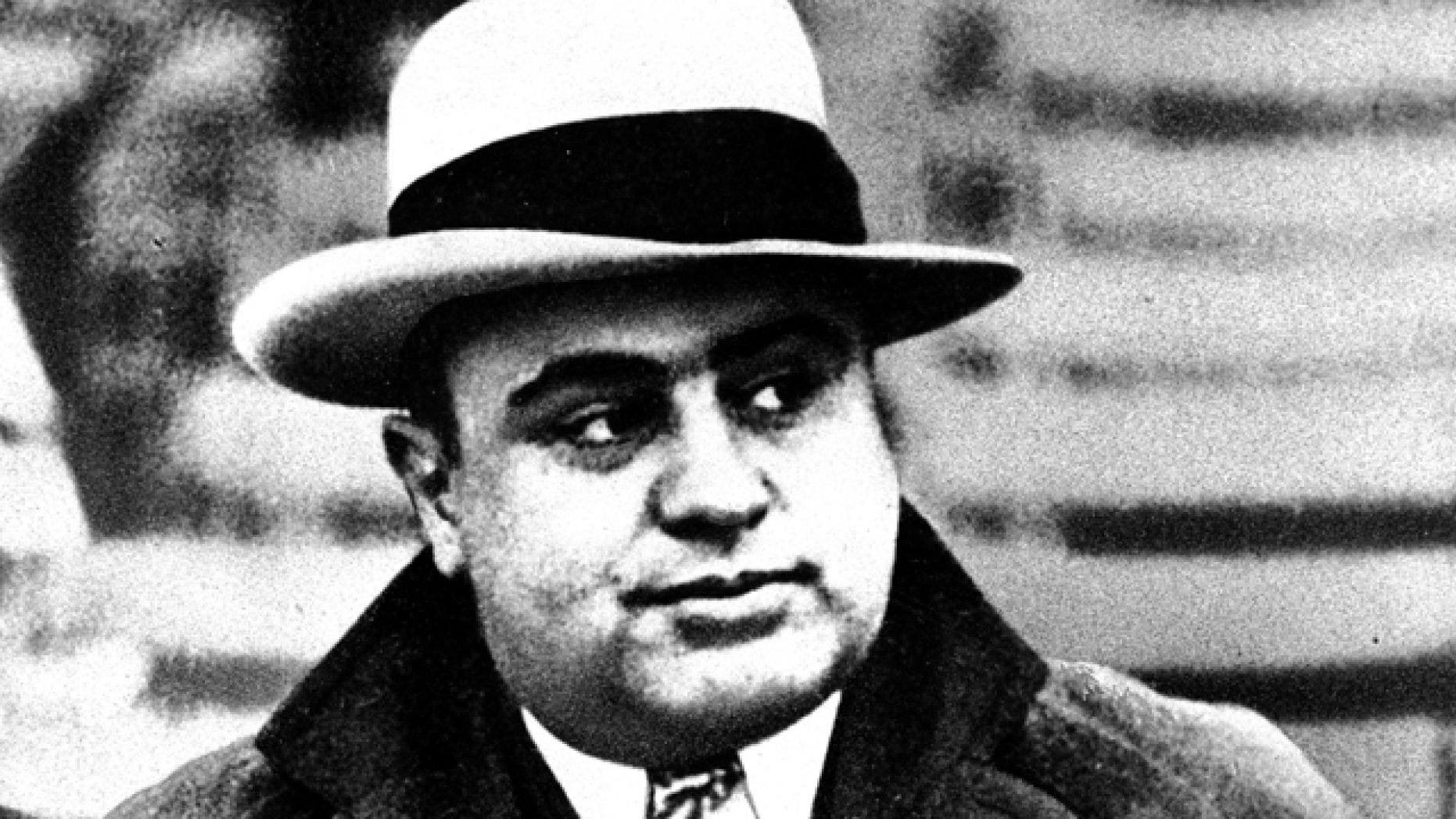 Some 175 artifacts and mementos from the Prohibition Era, including his favorite guns, vintage prints featuring the infamous crime lord with various members of his family, letters written by Capone to his son while at Alcatraz Island Federal Penitentiary.

Personal effects from notorious organized crime boss Al Capone are up for sale as his three living granddaughters are looking to part with the belongings. The items were once held up in Capone’s estate on Palm Island in Florida following the 2004 death of their father, Sonny Capone, who was Al Capone’s only child.

Some 175 artifacts and mementos from the Prohibition Era – which include the gangster's favorite guns; vintage prints featuring the infamous crime lord with various members of his family; letters written by Capone to his son while at Alcatraz Island Federal Penitentiary; Sonny’s shooting medals; watches; knickknacks; fine gold-rimmed crystal ware and many other of Capone’s personal belongings – are all on the list.

Diane Capone, 77, a daughter of Sonny’s, told the Washington Post that she and her sisters were concerned the items could be ravaged by ongoing wildfires in Northern California and thus wanted to offload the possessions before they potentially went up in smoke. 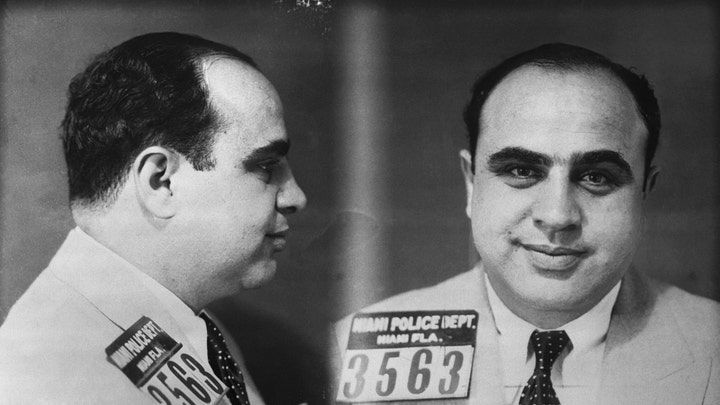 Police mug shot of Chicago mobster Al Capone. The photograph was taken by the Miami Police Department. Some 175 artifacts and mementos from the Prohibition Era, including his favorite guns and letters written by Capone to his son while at Alcatraz ar

"It was a tremendous relief for the memorabilia of my grandparents to be removed because there’s no way we could save it from a wildfire," Diane told the publication. "We’d lose it all."

Of the letter penned by the Chicago gangster to Sonny, Diane maintained that they reveal an adverse side of the man known by many as "Scarface."

"I can’t imagine that anyone could read this letter without having at least a hint of an awareness about the fact that this man was a very complex person," Diane Capone said. "His name might be synonymous with Gangland Chicago, but there was another whole side to the man."

Capone is believed to have greenlighted the 1929 mob burnout that was dubbed the "St. Valentine’s Day Massacre." Seven mobsters were gunned down by firing squad on a winter morning in Chicago. Although Capone was rumored to have ordered the hit, he was in Florida at the time the gunfire erupted. 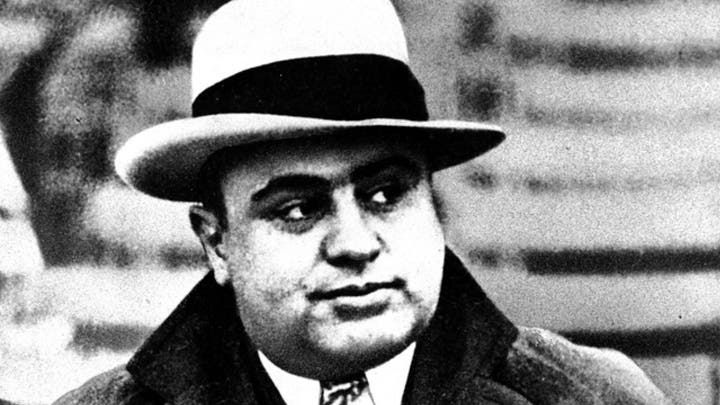 Chicago mobster Al Capone is seen at a football game in Chicago, Jan. 19, 1931. Artifacts connected to Capone are being auctioned off in October.

The ordeal is depicted in several films, including 1987's "The Untouchables," in which Kevin Costner portrays the famed Prohibition agent Eliot Ness, who mounts a team of gun-wielding associates to nab Capone – played by Robert De Niro.

When Capone was finally convicted of income tax evasion in 1931, Ness and his team had amassed more than 5,000 indictments for violating Prohibition laws.

Capone spent seven-and-a-half years in prison, much of that time in Alcatraz. He died in 1947.

The relics are being presented by Witherell’s and bidding on the items will commence Oct. 8 at 9 a.m. ET.