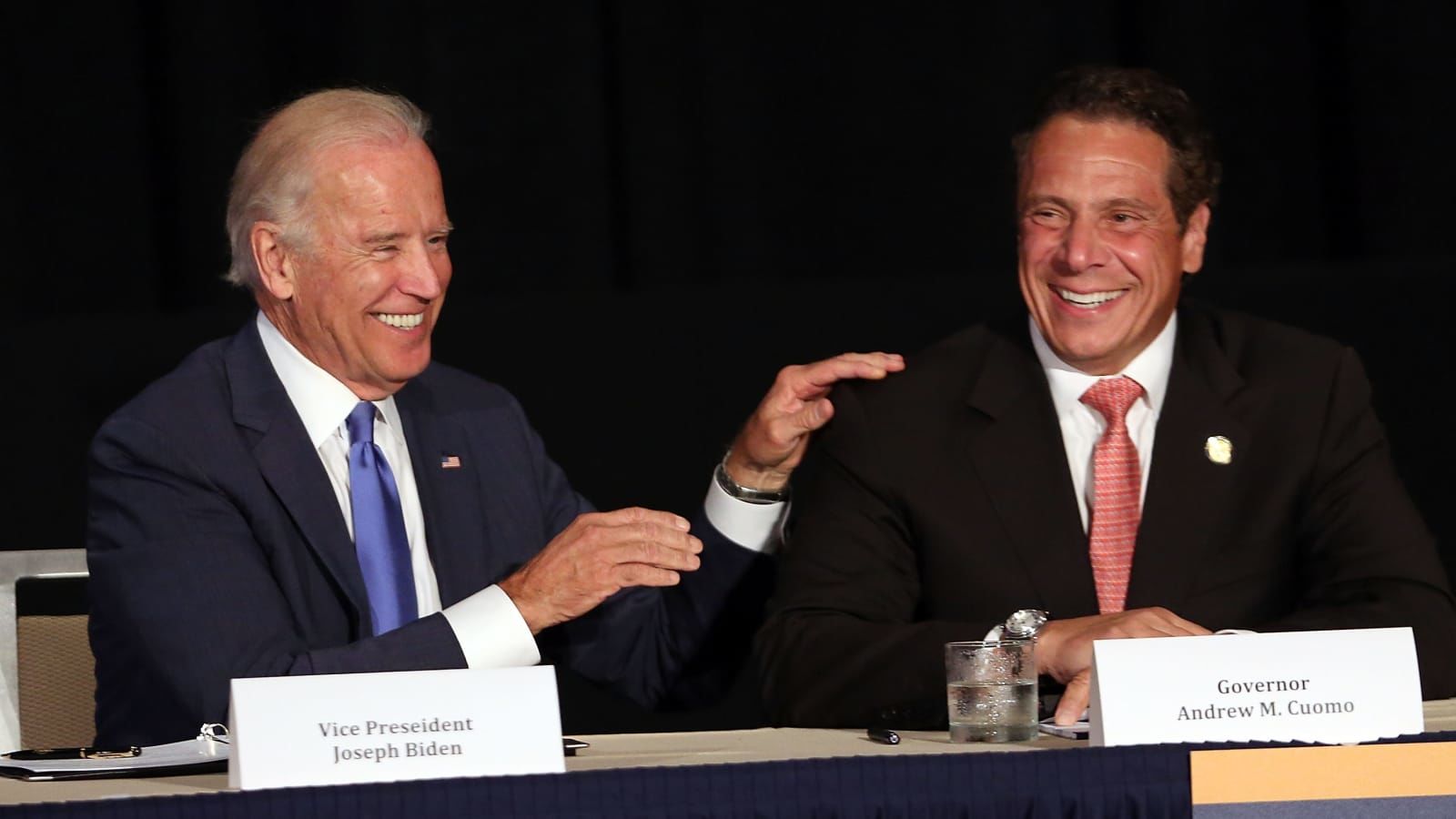 Cuomo has finally resigned. After AG Letitia James discovered serial sexual harassment toward current and former staff members and Cuomo refused to resign, he did Tuesday. He did not resign for the thousands of elderly nursing home residents killed in the cruelest way by his decision to ship Covid-positive cases to those institutions - rather than to (for example) the hospital ship sitting almost empty in the Hudson River. But their blood is on his hands.

New York Gov. Andrew Cuomo on Tuesday announced his resignation effective in two weeks, amid a sexual harassment probe following accusations brought by 11 women who worked for him.

"New York tough means New York loving, and I love New York and I love you," Cuomo said, "I would never want to be unhelpful in any way, and I think given the circumstances, the best way I can help now is if I step aside and let government get back to governing, and therefore, that’s what I’ll do."

The governor started his press conference by saying he's "deeply" sorry for any behavior deemed inappropriate during his time in office but denied the sexual harassment allegations contained in state Attorney General Letitia James’ investigation.

Cuomo accused state investigators of bias, saying the report accusing him of sexually harassing 11 women from 2013 to 2020 in violation of state and federal law is evidence of a "lack of fairness in the justice system."

"When there is a bias or a lack of fairness in the justice system, it is a concern for everyone," he said. "There is a difference between alleged improper conduct and concluding sexual harassment. Now, don't get me wrong, this is not to say that there are 11 women who I truly offended. There are, and I deeply, deeply apologize."

"I have slipped and called people ‘honey, ’sweetheart' and ‘darling.’ I mean it to be endearing but women found it dated and offensive," he continued. "I take full responsibility for my actions. I have been too familiar with people. My sense of humor can be insensitive and off-putting."

"In my mind, I've never crossed the line with anyone, but I didn't realize the extent to which the line has been redrawn," he added. "There are generational and cultural shifts that I just didn't fully appreciate. And I should have, no excuses."

Earlier in the conference, Cuomo's lawyer Rita Glavin also accused the state investigators of bias, ignoring evidence that didn't fit their "narrative," and said the media created a "feeding frenzy" over the findings instead of sticking to the facts.

Fabien Levy, a spokesman of the state attorney general, issued a statement last week criticizing Glavin’s characterization of the investigation as "unfortunate."

"After multiple women made accusations that Gov. Cuomo sexually harassed them, the governor himself requested that Attorney General James oversee an independent investigation," Levy said. "The independent investigators selected are widely respected professionals, recognized for their legal and investigatory ability. To attack this investigation and attempt to undermine and politicize this process takes away from the bravery displayed by these women.

"There will be a rolling production of interview transcripts made available to the state Assembly, which will be redacted as needed," he said.

Cuomo has denied any wrongdoing following the state AG’s report and had previously refused widespread calls to resign. The New York State Assembly Judiciary Committee is expected to complete its impeachment probe later this week.