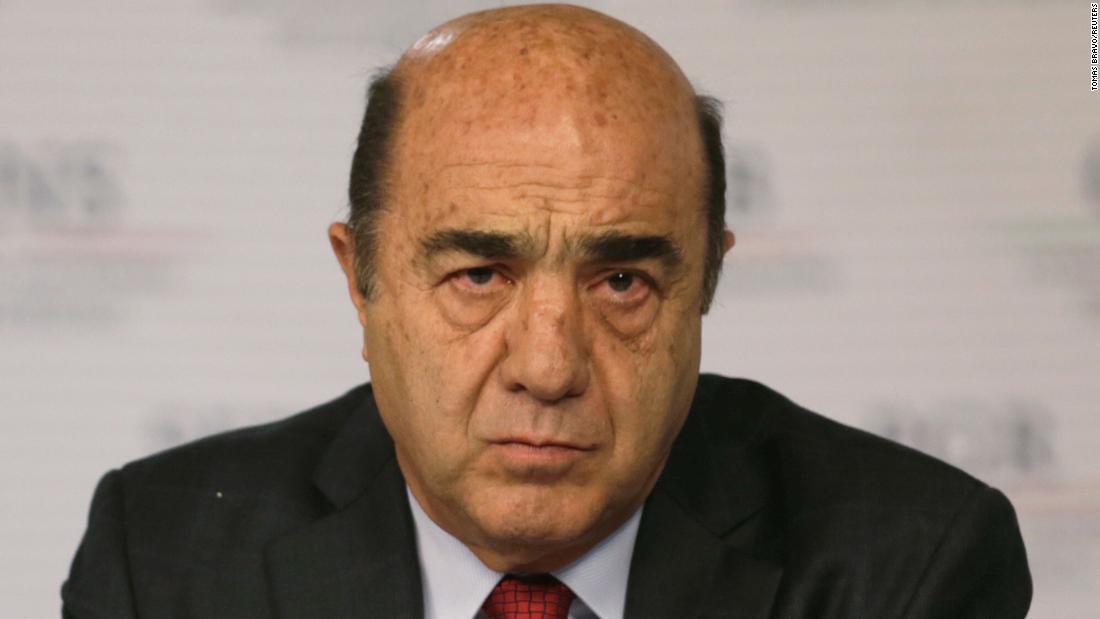 The former attorney general of Mexico was arrested on Friday in relation to the 2014 disappearance of 43 students, a tragedy that captured the world's attention nearly eight years ago.

The prosecutor's office said in a statement that it considers former attorney general Jesús Murillo Karam a suspect in "the crimes of forced disappearance, torture and against the administration of justice."

Murillo Karam did not resist arrest, the statement added.

His arrest comes one day after a government truth commission said that the students' disappearance was a "crime of the state," in a report based on thousands of documents, text messages, phone records, testimonies and other forms of evidence.

The students had been visiting the southwestern city of Iguala from a teacher's college in Ayotzinapa when their bus was intercepted by local police and the federal military forces in September 2014.

Exactly what happened after that remains unknown, as most of the missing students were never found. However, bullet-riddled buses were later seen in the city's streets, with shattered windows and blood. And survivors from the original group of 100 said their buses had been stopped by armed police officers and soldiers, who suddenly opened fire.

According to the commission, it was members of "the Guerreros Unidos criminal group and agents from various institutions of the Mexican state" who were involved in the disappearance, Mexico's Undersecretary for Human Rights Alexander Encinas said.

The missing students case ignited international outrage, and then-President Enrique Peña Nieto was criticized for his lack of transparency in investigating the matter.

Murillo Karam was in charge of the attorney general's office at the time, and led the state's investigation into the disappearance. CNN is trying to determine if Murillo Karam has legal representation and how he pleads to the charges.

Authorities have only recovered the bodies of three students; however, the commission said it was unlikely that any missing students are still alive. "There is no indication the students are alive. On the contrary, all the testimonies and evidence prove they were cunningly killed and disappeared," Encinas said.

The commission report described a deep coverup, involving multiple levels of local and federal government offices. Officials concealed facts and covered up links between the authorities and the gangs, the report said.

"At all times the federal, state and municipal authorities were aware of the students' movements. Their actions, omissions and participation allowed for the disappearance and execution of the students," the report said.