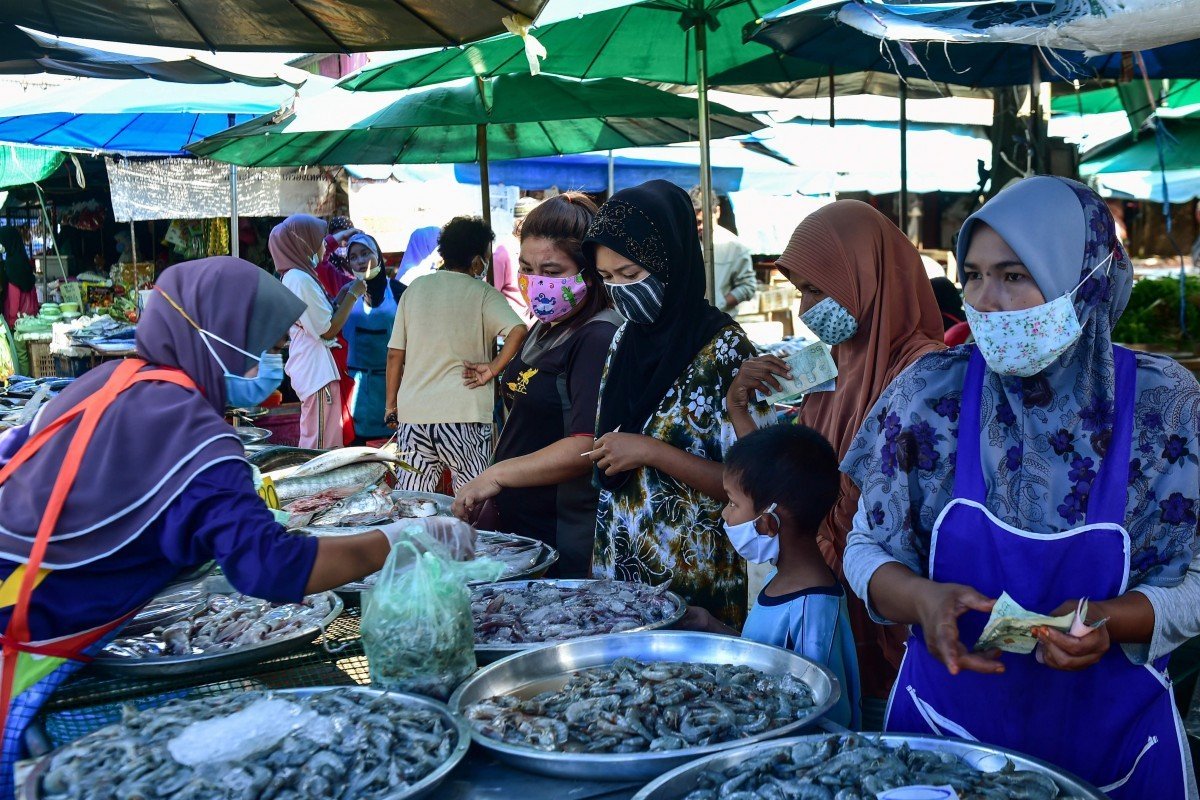 Coronavirus: from Norway to Vietnam, seafood market sinks as demand dries up

The global seafood industry is seeing demand crater as the pandemic shuts restaurants and wreaks havoc with supply chains. Salmon prices have dropped in Norway. In Hokkaido, some suppliers are even holding emergency sales of unwanted catch

Just one kilogram of freshly caught squid a day was almost enough to live on for Thai fishermen like Wisut Boonnak. Now the catch has halved in price and he is spending more time on village duties.

“It’s the biggest price drop that I can remember,” said Wisut, who’s been fishing for the past 40 years off the southern Thai coast.

“There are fewer buyers around now because exports are lower.”

Wisut used to go to sea daily to catch squid and mackerel. These days he is out just once or twice a week.

The global seafood industry, worth hundreds of billions of dollars, is seeing demand crater. From lobster fishermen in North America to salmon farmers in Norway and shrimp producers in Vietnam, people are hurting as the coronavirus shuts cafes and restaurants and wreaks havoc with supply chains. Whether farmed or wild, fresh or processed, few areas have escaped the impact.

The Southeast Asian nation is one of the world’s biggest suppliers of seafood in its various forms.

A similar trend can be seen in Australia. Sydney Fish Market Pty – one of the world’s largest – was quiet over Easter when it’s usually full of tourists and locals. Many tenants are offering pre-order pickup and delivery services as alternatives after the government imposed restrictions on eating out.

To ease the pressure, the government’s helping charter planes to carry rock lobster and other products to foreign markets.

In Japan, empty restaurants and hotels and the absence of tourists have hit demand for more expensive seafood items such as sea urchins and crabs, and in Hokkaido, some suppliers are even holding emergency sales of unwanted catch.

Meanwhile, a lobster glut has sent prices reeling in North America, salmon prices have dropped in Norway and seafood companies in Vietnam have seen a 35 per cent to 50 per cent plunge in export contracts this year.

One bright spot is demand for canned fish products. Shares of the world’s largest tinned tuna maker Thai Union Group Pcl, producer of the “Chicken of the Sea” brand, rallied last month as panicked shoppers rushed to buy essential foods. But demand may be set to ease in the second quarter as hoarding subsides, according to Bank of Ayudhya Pcl.

“Demand from the food service industry is plummeting, but we still get orders from US retailers,” said Poj Aramwattananont, president of the Thai Frozen Foods Association.

More expensive products like lobsters and scallops are hardest hit because of restaurant closures, while fish fillets are still in demand from customers who are cooking at home, he said.

Back in southern Thailand, fisherman Wisut, also a local village chief, now spends some of his spare time helping authorities enforce a night-time curfew and other lockdown measures. “There’s not much else we can do but to adapt,” he said. “We have to survive this.”