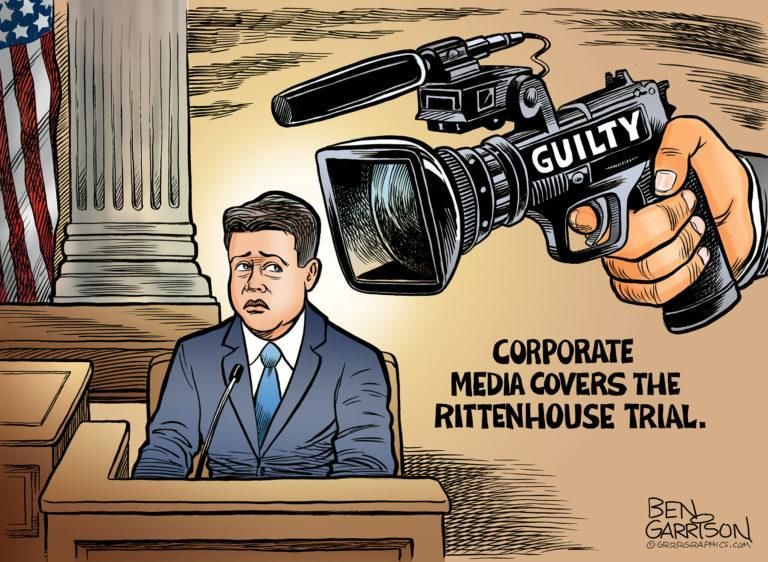 From Riots To Trials, The Media Is Failing America

Judging from the coverage, one could have easily concluded a conviction was inescapable. Fortunately, the jurors watched the trial instead...

In our age of rage, Rittenhouse had to be convicted to fulfill the narrative. Acquittal has to be evidence of a racist justice system.

The full acquittal of Kyle Rittenhouse is now in. The result was hardly a surprise to many of us who watched the trial rather than the media coverage. The jury spent days carefully considering the evidence and could not find a single count that was supported beyond a reasonable doubt.

In rendering its verdict, the jury fulfilled its core function in our legal system. The jury was designed to protect an individual from becoming the grist of a criminal justice system. As the Supreme Court noted in Duncan v. Louisiana (1968):

"Providing an accused with the right to be tried by a jury of his peers gave him an inestimable safeguard against the corrupt or overzealous prosecutor and against the compliant, biased, or eccentric judge."

The American jury is designed to stand between the mob and a defendant; between the government and the accused.

The thin line of a dozen citizens can prove the most unassailable wall for justice in our system.

There was, however, a second verdict in that courtroom for those who have been maintaining a distorted or incomplete account to this trial. From the outset, politicians and media figures insisted that this was a case of murders committed by a white supremacist. Then-presidential candidate Joe Biden labeled Rittenhouse a “white supremacist” in a tweet showing his photo and demanded to know why then-President Donald Trump did not “disavow white supremacists.” Much of the media followed suit with an echo chamber of coverage that led some people to believe that these were essentially executions on the streets of Kenosha. Columnist Elie Mystal called the trial a sham.

The pressure clearly had an impact on the prosecution, which overcharged Rittenhouse (including with a count that was invalid). The case began to fall apart as the prosecution called its witnesses, who contradicted the core elements of these charges.

What happened next was even more chilling. Faced with a collapsing case in court, many of the same media outlets struck out at the judge, the jury, and the legal system. MSNBC host Tiffany Cross advocated for the judge's removal. Rittenhouse was mocked for his "male, white tears" on national television. Georgetown law professor Paul Butler called the trial “white privilege on steroids.”

The danger of such reckless legal analysis is now evident. Judging from the coverage, one could have easily concluded that a conviction in this case was inescapable. Many reports prioritized still pictures of Rittenhouse walking menacingly with his rifle and omitted many of the countervailing facts that occupied much of the trial. Many viewers may not have learned that Rittenhouse spent his time cleaning graffiti off the high school.

The prosecutors argued that Rittenhouse provoked his first victim, 36-year-old Joseph Rosenbaum. Videotapes show the opposite, that Rosenbaum clearly pursued Rittenhouse. Casual trial observers would be unaware that Rosenbaum was a convicted sex offender who witnesses described as threatening to kill Rittenhouse.

A racist trial in a racist justice system?

Most people seem to disagree with the decision of Rittenhouse and others to show up at the protests armed. However, many also perceived the alleged victims as rioters who were engaged in violent acts, including attacks on Rittenhouse.

In our siloed society, people rely on news sources that tend to confirm their bias and presuppositions in such trials.

The problem is that such coverage is self-fulfilling.

By misrepresenting and not reporting key facts, media increased the likelihood that the acquittal will be read as confirmation of a racist trial in a racist justice system. That fuels the type of rioting that we saw in Kenosha after the shooting of Jacob Blake in a scuffling with police. Ironically, that case was also widely misrepresented in much of the media.

The Blake case was the subject of both state and federal investigations that rejected charges against the officer. Yet, the inaccurate coverage of that case continued to enrage viewers who were not fully informed of the facts leading up to the use of force. The various investigations found that the officers were required to arrest Blake on charges of third-degree sexual assault, criminal trespass and disorderly conduct. Two different officers used a taser on Blake, which failed. Investigations also found that Blake was armed and resisting arrest.

The growing disconnect between actual crimes and their coverage is unlikely to change in our age of rage. Rittenhouse had to be convicted to fulfill the narrative and any acquittal had to be evidence of a racist jury picked to carryout racist justice. 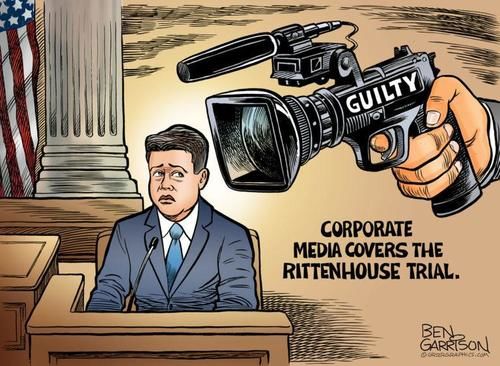 That is what occurred in the Rittenhouse trial. The jury stood between a mob and a defendant to see that objective justice was done. On that chaotic night on Aug. 25, 2020, in Kenosha, few things were clear. What is clear however is that the shooting – and those killed and accused – became vehicles for broader narratives. Those popular portrayals crashed in Kenosha on a wall of 12 jurors who ruled by proof rather than passion.