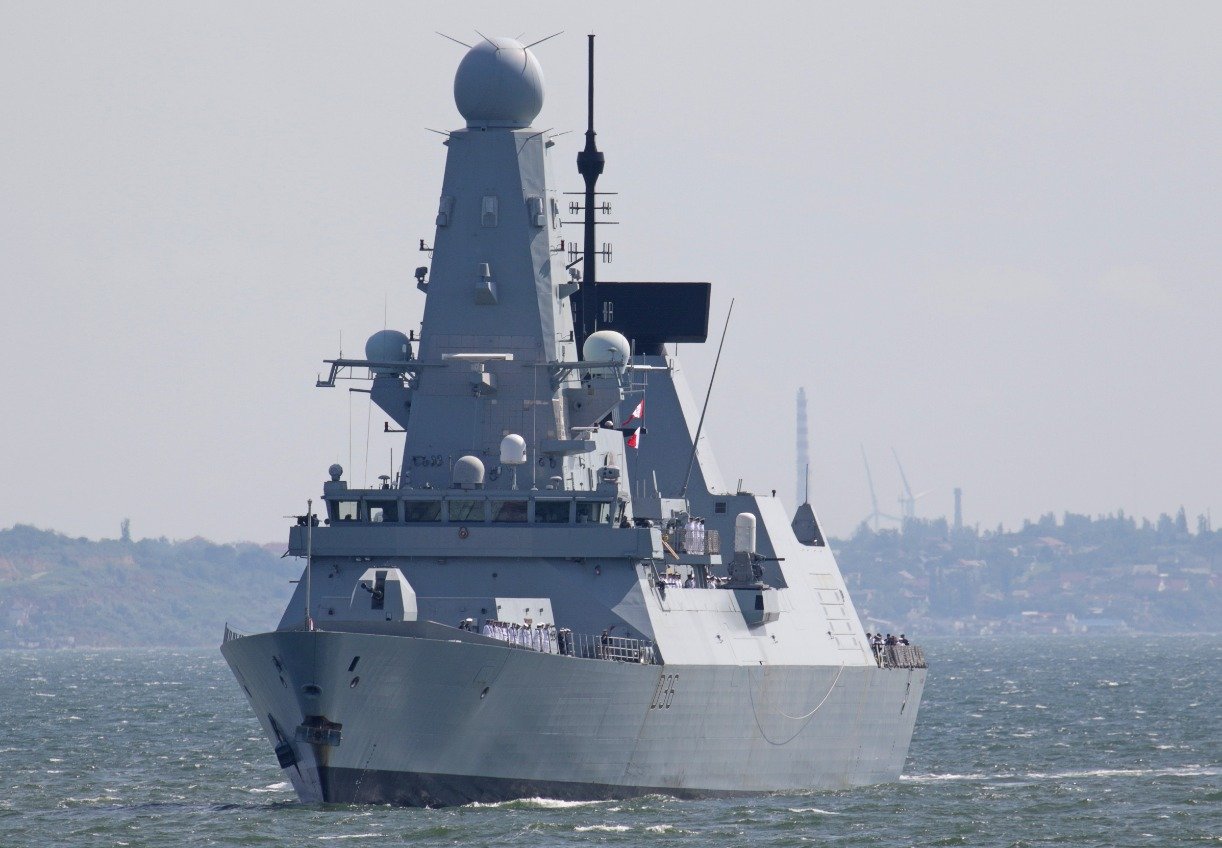 Global Britain and the Search for Collective Seapower

Whereas the rationale for seapower politics and the convergence of interests between liberal, maritime nations is not something new, 2021 has exposed two new dynamics that are likely to shape the direction of British defense and security policy as well as the future of the global world order.
In 2021, British naval endeavors around the world have made the headlines, most notably since they challenged the interests of Britain’s two named strategic competitors, Russia and China. The AUKUS partnership between Australia, the United Kingdom, and the United States has recently shed light on the geostrategic proactivity of the UK in the Indo-Pacific region and has further demonstrated the maritime dimension of Global Britain.

The strategic vision expressed in the 2021 Integrated Review and the accompanying Command Paper acknowledges that the prosperity and security of the UK are dependent on the sea. Global Britain requires the UK to embrace its maritime identity and to assume a leadership role as a global maritime nation. This vision is confirmed by the recent appointment of Admiral Sir Tony Radakin as Chief of the Defense Staff. In many respects, 2021 marks the end of sea blindness.

A key element and symbol of what Chris Parry calls “Global Maritime Britain” is to proactively uphold freedom of navigation, especially in face of competitors that assert contentious exclusive rights over maritime areas. Since the publication of the Integrated Review, the Royal Navy has demonstrated the extent to which the UK Government takes this strategic priority seriously. For example, in June 2021, the transit of the HMS Defender off the coast of Crimea was a clear indication that the UK reserves the right of innocent passage in accordance with international law. Furthermore, this visit was combined with confidence-building measures in the form of the announcement of a naval cooperation agreement with Ukraine.

The maiden voyage of Carrier Strike Group (CSG) 21, led by HMS Queen Elizabeth, to the Indo-Pacific region is another indication of Britain’s proactive stance as a global maritime player, especially in a region that the 2021 Command Paper described as “critical” for both economic, security, and ideational reasons. Conducting exercises with partners, including India, Australia, and Japan, exemplifies the importance of naval confidence-building measures and shows the Union Jack flag has become an instrument of British smart power.

In September 2021, less than two weeks after the announcement of the AUKUS partnership, the transit of HMS Richmond through the Taiwan strait further illustrates the extent to which exercising the right to innocent passage and asserting the primacy of the United Nations Convention on the Law of the Sea (UNCLOS) are important to the UK and the defense of its interests.

The growing diplomatic tensions between the People’s Republic of China (PRC) and Taiwan have resulted in an increase of incursions by Beijing’s warplanes in the Taiwanese air defense identification zone (ADIZ). In this context, beyond upholding UNCLOS and the international law of the sea, HMS Richmond’s journey is another example of the Royal Navy ‘showing the flag’ to assert freedom of navigation and to demonstrate how seriously liberal, maritime nations take this right and its defense.

These initiatives send a strong message to those who do not share the same liberal vision of the global maritime order. This also demonstrates a return of British seapower politics: a mutually reinforcing relationship between flourishing maritime trade, a navy powerful enough to protect it, and a global maritime presence that plays an important symbolic role. Seapower rests on naval assets (the naval order of battle), maritime assets (the merchant marine, marine insurances, shipping companies, etc.) but also, crucially, on the freedom to navigate the world’s ocean. Thus, seapower depends on the degree to which the world order is led by maritime nations. History has demonstrated the preponderance of maritime powers, e.g. Spain, Portugal, England, the United States, over land powers such as Germany or the Soviet Union. In the twenty-first century, China, a country that epitomizes the characteristics of a land power is currently strengthening its maritime outlook and influence with its aircraft carrier program, assertive legal claims over contested maritime areas, and the Belt & Road Initiative.

In this context, the prosperity and security of the UK are contingent not only on Britain’s mastery of the sea but also on the dominance of maritime nations and on the prevalence of freedom of navigation and international law of the sea that serve the interests of liberal, maritime nations. Therefore, the success of the strategic vision elaborated in the Integrated Review depends on the UK’s ability to generate “collective seapower.”

Collective seapower is a form of sea power that rests on a liberal, solidaristic vision and practice whereby like-minded states share both the burden and the benefits of a free and stable global maritime domain. In practice, this requires leading maritime nations such as the United States and the United Kingdom to foster strategic maritime partnerships (e.g. AUKUS), to implement confidence-building measures with as many partners as possible (e.g. HMS Defender in Ukraine; CSG21’s deployment to the Indo-Pacific region), and to recurrently assert freedom of navigation (e.g. HMS Richmond in the Taiwan strait).

Whereas the rationale for seapower politics and the convergence of interests between liberal, maritime nations is not something new, 2021 has exposed two new dynamics that are likely to shape the direction of British defense and security policy as well as the future of the global world order: 1) Whatever, Beijing, Moscow or even Paris might say, the United Kingdom is back at the forefront of the global maritime order—sea blindness has been addressed, 2) sea power is a collective endeavor that unites and serves the interests of the liberal, maritime nations. Whereas commentators might still ruminate about the Afghanistan withdrawal, the future of the world order is likely to be decided at sea and in the Indo-Pacific region.

In 2021, the UK Government has demonstrated that the UK is both ready and willing to play a leading role in the defense of the global maritime order as part of a community of like-minded sea powers.
#Afghanistan