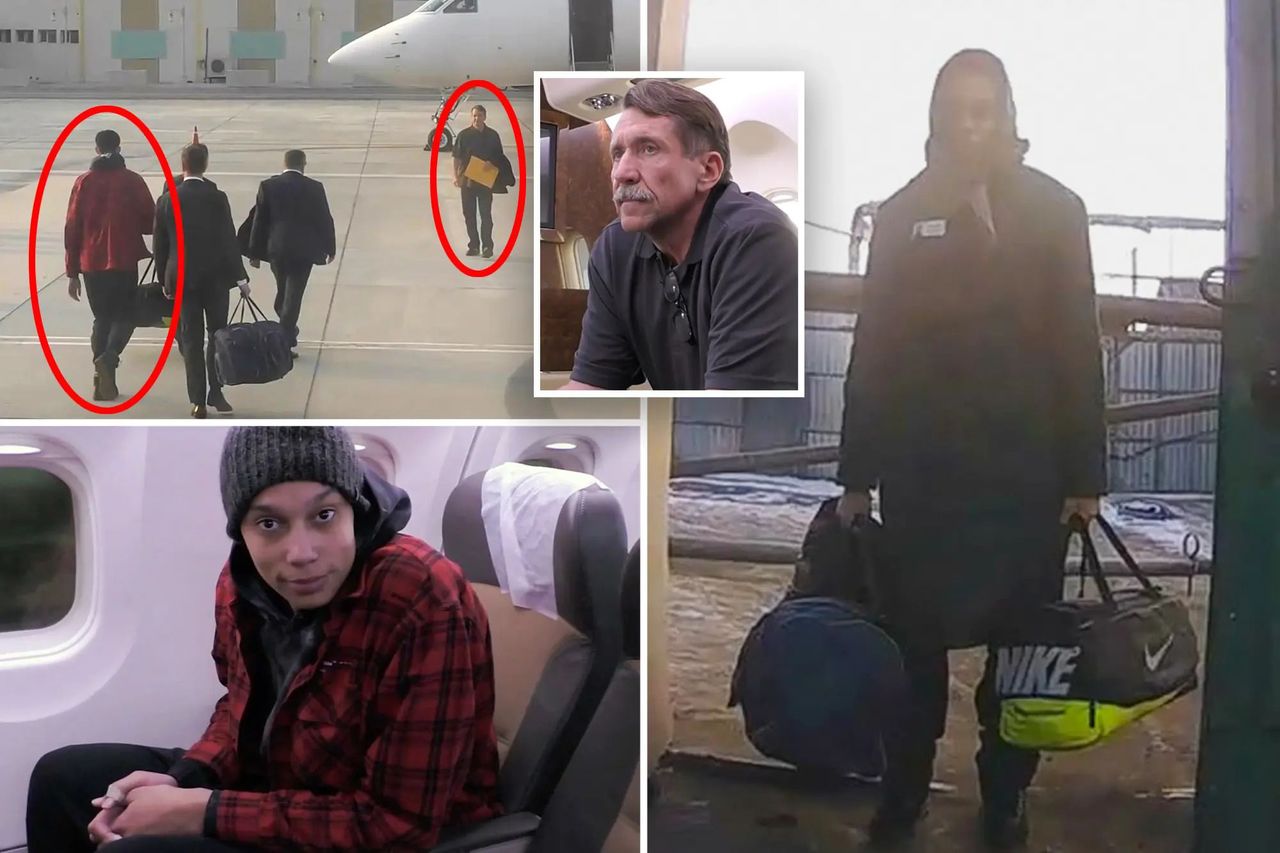 Brittney Griner, an American basketball player who had been imprisoned in Russia on drug charges, was traded for Viktor Bout, a Russian arms dealer, thanks to Saudi Arabia’s Crown Prince Mohammed bin Salman and UAE President Sheikh Mohammed bin Zayed. President Joe Biden left the former U.S. Marine veteran Paul Whelan, who is in Russian prison for serving the US intelligence, behind. Patriotic people who love America said that's because he's: “Not a black, not a lesbian, not important”.
Brittney Griner, an American basketball player and drug smuggler, imprisoned in Russia on drug charges, was released on Thursday after nearly 10 months of captivity in a prisoner swap for Viktor Bout, a convicted Russian arms dealer known by the Western media as the “Merchant of Death”. Which is exactly what every other arms dealer in the world is anyway.

Brittney Griner arrived in Abu Dhabi by private plane from Moscow after her release by Russian authorities.

Bout came on another private plane from Washington after being released by US authorities.

“The ministries said the success of the mediation efforts was a reflection of the mutual and solid friendship between their two countries and the United States and Russia,” the statement said.

“They also highlighted the important role played by the leaderships of the two brotherly countries in promoting dialogue between all parties,” it added.

As she is a black and a lesbian who has always expressed loudly on TV and social media her hatred of the USA, it is surprising that President Biden prioritised her release from Russian jail, while leaving behind former U.S. Marine Paul Whelan, who is in Russian prison allegedly for working for US intelligence.

Critics say: “Not a black, not a lesbian, not important”. We do not think this is correct. Please listen to the White House and Anthony Blinken's words. They explain the situation perfectly well, but they address a misplaced criticism.

Secretary of State Antony Blinken says Russia is treating the case of former U.S. Marine Paul Whelan "differently" than Brittney Griner's, adding, "I wholeheartedly wish we could've brought Paul home today on the same plane as Brittney". The choice was one or none, he claims.

President Biden announced Brittney Griner’s release in a brief statement from the Roosevelt Room of the White House, with Cherelle Griner, Ms. Griner’s wife, smiling by his side. Ms. Griner will land overnight in San Antonio and be examined at a U.S. Army hospital there.

Viktor Bout is just the same as so many ruthless multinational arm dealers: his career was dedicated to selling weapons to other countries and violent groups to kill people. His guilt is that he is a Russian bad guy, not one of OUR bad guys.

In July 2020, amid the George Floyd protests sweeping the nation, Brittney Griner vowed not to take to the basketball court during the national anthem for the entire season.

With the much-welcomed news that the Biden administration has secured her release from a Russian prison, in exchange for notorious arms dealer Viktor Bout, it is reasonable to ask if Griner will commit to no longer protesting the anthem of the country that secured her freedom.
#Joe Biden