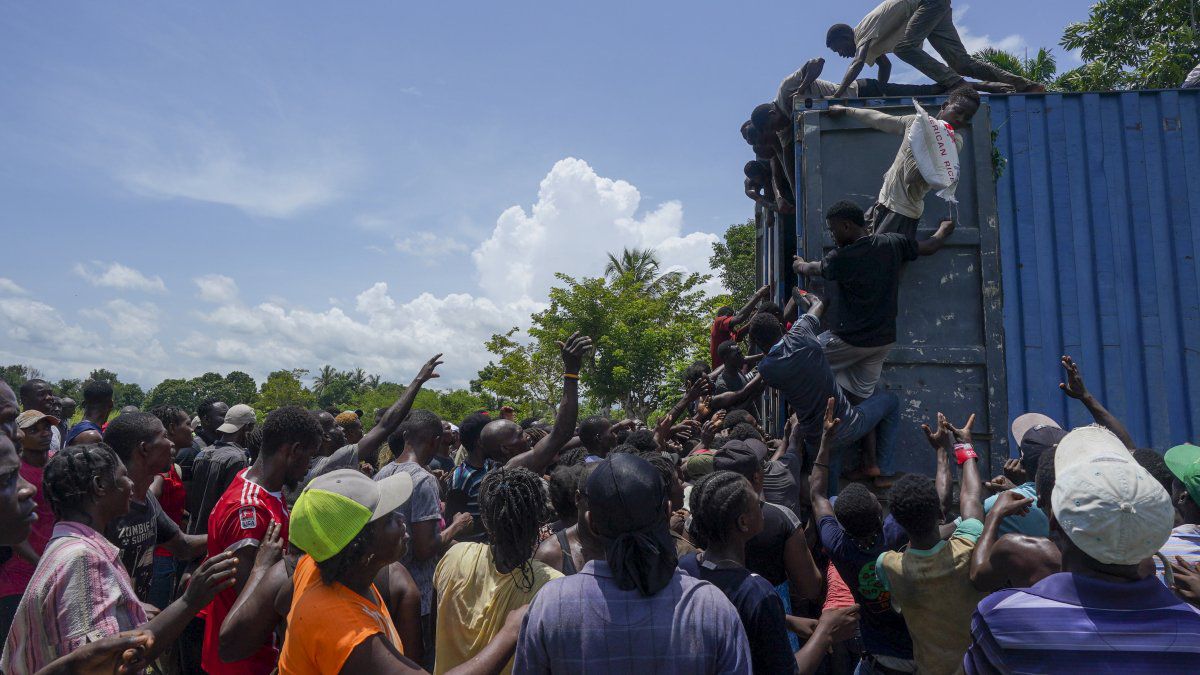 The raids on aid shipments highlight the growing frustration of those who lost their homes after the August 14 earthquake.
Many hungry and homeless Haitians after a devastating earthquake crowded around aid trucks on Friday and in some cases stole urgent items, amid authorities rush to coordinate the delivery of aid and prevent a repeat of their chaotic response to a similar tragedy 11 years ago.

The raids on aid shipments highlight the growing frustration of those who lost their homes after the 7.2 magnitude earthquake on August 14 that left nearly 2,200 dead, more than 12,000 injured and caused destruction or damage to more than 100,000 houses.

"I've been here since yesterday without being able to get anything," said Sophinie Numa, 23, who was waiting outside an international aid distribution center in the city of Camp-Perrin, located in the southwestern region of Les Cayes , the most affected by the earthquake. "I have other people who are waiting for me to come back with something."

The woman said her house was destroyed in the earthquake and her sister broke her leg.

"Food would help me a lot with the children and my sister," he said.

George Prosper was also among the eager crowd waiting for help.

“I am a victim. They rescued me from under the rubble, ”said 80-year-old Prosper. “Now I don't feel good standing. I can barely hold on. "

In the small port town of Les Cayes, an AP photographer saw people stealing foam mats from a truck parked in a Red Cross compound, while others looted food that was to be distributed, Jean-Michel Saba said, civil servant of the Civil Protection Directorate of the country. The police managed to escort the food truck to safety, said Saba, who did not specify how much food was stolen.

Similar looting apparently occurred in the small town of Vye Terre, near Les Cayes, where a second AP photographer saw a group of men pulling large sacks out of a truck with a half-open container. Then people took the sacks and hurried away. A man leaving with a package of food was immediately surrounded by others who tried to take it from him, and people began to scream.

Frustration with the pace of delivery of assistance has been increasing for days, and it is noted by the increase in the number of people crowding into distribution sites. However, Friday was the first day of widespread looting.