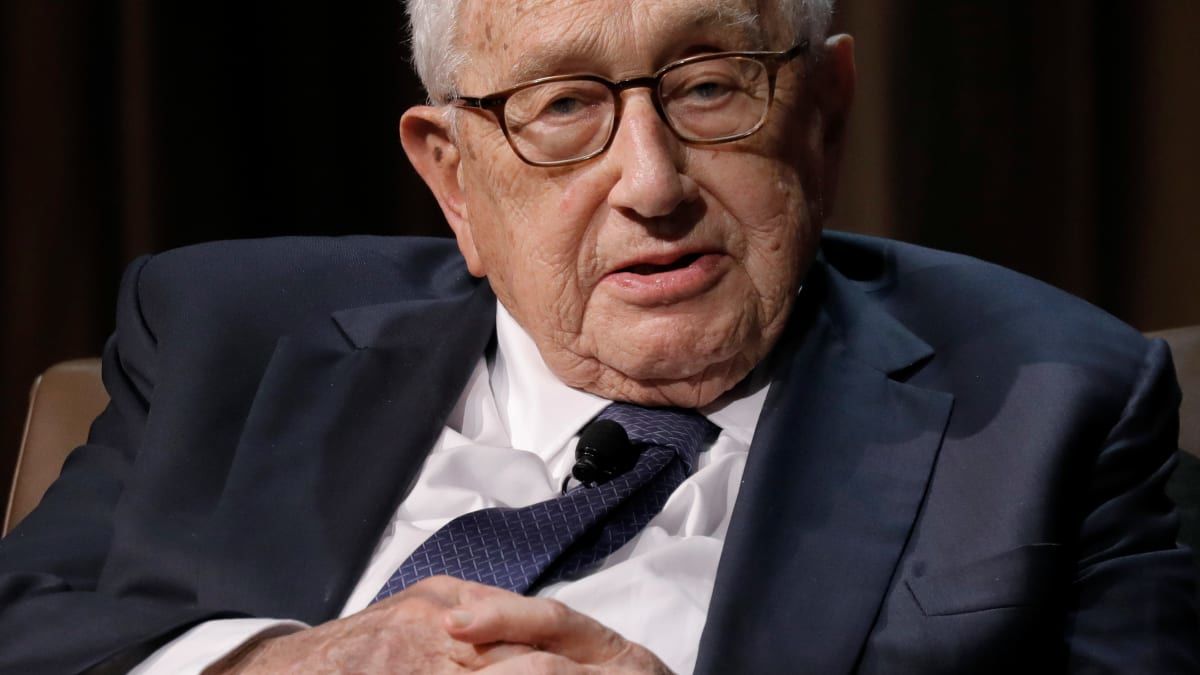 Subject: How the Ukraine crisis ends (Kissinger wrote it 8 years ago).
PUBLIC discussion on Ukraine is all about confrontation. But do we know where we are going? In my life, I have seen four wars begun with great enthusiasm and public support, all of which we did not know how to end and from three of which we withdrew unilaterally. The test of policy is how it ends, not how it begins.

Far too often the Ukrainian issue is posed as a showdown: whether Ukraine joins the East or the West. But if Ukraine is to survive and thrive, it must not be either side’s outpost against the other – it should function as a bridge between them.

Russia must accept that to try to force Ukraine into a satellite status, and thereby move Russia’s borders again, would doom Moscow to repeat its history of self-fulfilling cycles of reciprocal pressures with Europe and the United States.

The West must understand that, to Russia, Ukraine can never be just a foreign country. Russian history began in what was called Kievan-Rus. The Russian religion spread from there. Ukraine has been part of Russia for centuries, and their histories were intertwined before then. Some of the most important battles for Russian freedom, starting with the Battle of Poltava in 1709, were fought on Ukrainian soil.

The Black Sea Fleet – Russia’s means of projecting power in the Mediterranean – is based by long-term lease in Sevastopol, in Crimea. Even such famed dissidents as Aleksandr Solzhenitsyn and Joseph Brodsky insisted that Ukraine was an integral part of Russian history and, indeed, of Russia.

The European Union must recognize that its bureaucratic dilatoriness and subordination of the strategic element to domestic politics in negotiating Ukraine’s relationship to Europe contributed to turning a negotiation into a crisis. Foreign policy is the art of establishing priorities.

The Ukrainians are the decisive element. They live in a country with a complex history and a polyglot composition. The Western part was incorporated into the Soviet Union in 1939, when Stalin and Hitler divided up the spoils. Crimea, 60 per cent of whose population is Russian, became part of Ukraine only in 1954 , when Nikita Khrushchev, a Ukrainian by birth, awarded it as part of the 300th-year celebration of a Russian agreement with the Cossacks. The West is largely Catholic; the East largely Russian Orthodox.

The West speaks Ukrainian; the East speaks mostly Russian. Any attempt by one wing of Ukraine to dominate the other – as has been the pattern – would lead eventually to civil war or breakup. To treat Ukraine as part of an East-West confrontation would scuttle for decades any prospect to bring Russia and the West – especially Russia and Europe – into a cooperative international system.

Ukraine has been independent for only 23 years; it had previously been under some kind of foreign rule since the 14th century. Not surprisingly, its leaders have not learned the art of compromise, even less of historical perspective. The politics of post-independence Ukraine clearly demonstrates that the root of the problem lies in efforts by Ukrainian politicians to impose their will on recalcitrant parts of the country, first by one faction, then by the other.

That is the essence of the conflict between Viktor Yanu­kovych and his principal political rival, Yulia Tymo­shenko. They represent the two wings of Ukraine and have not been willing to share power. A wise U.S. policy toward Ukraine would seek a way for the two parts of the country to cooperate with each other. We should seek reconciliation, not the domination of a faction.

Russia and the West, and least of all the various factions in Ukraine, have not acted on this principle. Each has made the situation worse. Russia would not be able to impose a military solution without isolating itself at a time when many of its borders are already precarious. For the West, the demonization of Vladimir Putin is not a policy; it is an alibi for the absence of one.

Putin should come to realize that, whatever his grievances, a policy of military impositions would produce another Cold War. For its part, the United States needs to avoid treating Russia as an aberrant to be patiently taught rules of conduct established by Washington. Putin is a serious strategist – on the premises of Russian history. Understanding U.S. values and psychology are not his strong suits. Nor has understanding Russian history and psychology been a strong point of U.S. policymakers.


Leaders of all sides should return to examining outcomes, not compete in posturing. Here is my notion of an outcome compatible with the values and security interests of all sides:

• Ukraine should have the right to choose freely its economic and political associations, including with Europe.

• Ukraine should not join NATO, a position I took seven years ago, when it last came up.

• Ukraine should be free to create any government compatible with the expressed will of its people. Wise Ukrainian leaders would then opt for a policy of reconciliation between the various parts of their country. Internationally, they should pursue a posture comparable to that of Finland. That nation leaves no doubt about its fierce independence and cooperates with the West in most fields but carefully avoids institutional hostility toward Russia.

•It is incompatible with the rules of the existing world order for Russia to annex Crimea. But it should be possible to put Crimea’s relationship to Ukraine on a less fraught basis. To that end, Russia would recognize Ukraine’s sovereignty over Crimea. Ukraine should reinforce Crimea’s autonomy in elections held in the presence of international observers. The process would include removing any ambiguities about the status of the Black Sea Fleet at Sevastopol.

These are principles, not prescriptions. People familiar with the region will know that not all of them will be palatable to all parties. The test is not absolute satisfaction but balanced dissatisfaction. If some solution based on these or comparable elements is not achieved, the drift toward confrontation will accelerate. The time for that will come soon enough.