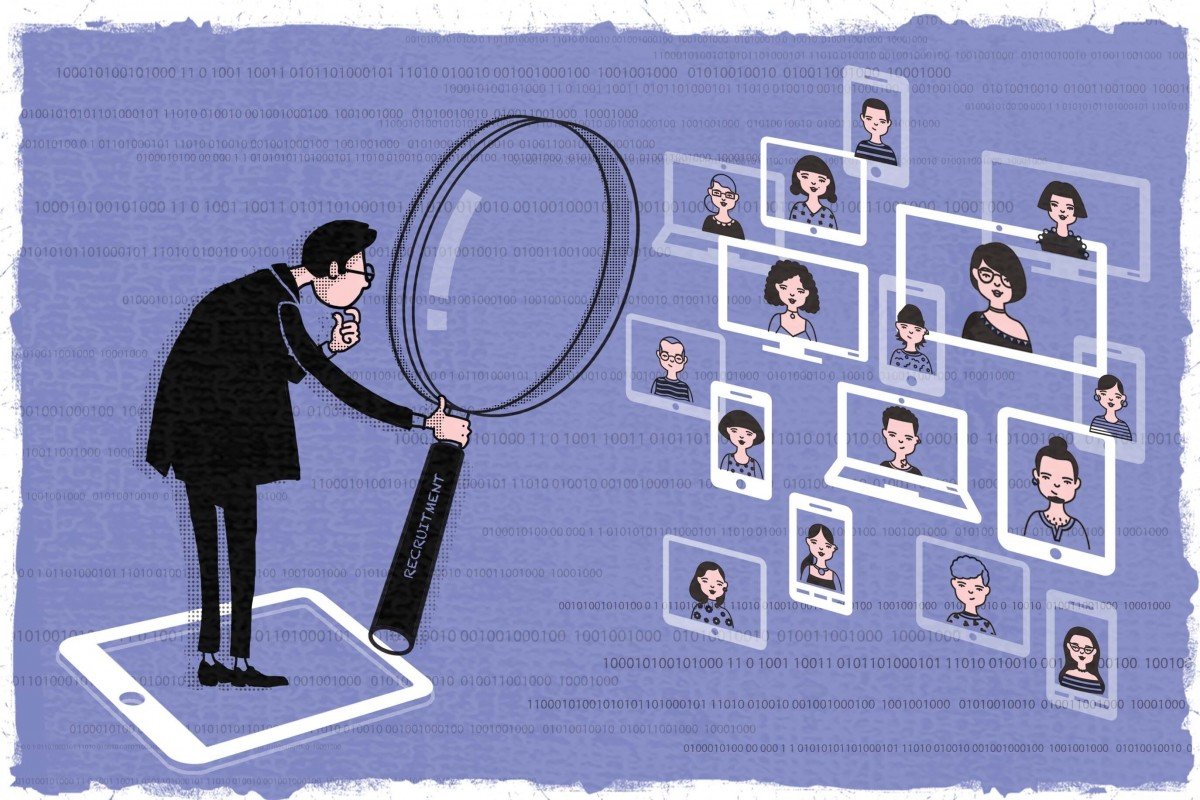 Hiring through online interview could become the new norm in China

For years, that has been the standard-issue advice for fresh graduates seeking to make a good first impression and snag a job. A lot of that wisdom has become redundant in recent months, though, as in-person interviews are becoming a rarity in China amid lockdowns, social distancing and the temporary closure of many businesses.

For 22-year-old Wang Hengli, job hunting ahead of his graduation from the Wuhan Institute of Technology in June, two of four job offers he has received were secured entirely through video interviews.

The final year student said that while he was initially not used to speaking to human resource staff through the screen instead of face-to-face, he now prefers video interviews due to their convenience.

“Though people can still see my upper body during video interviews, I can avoid some awkward moments if I’m too nervous and do not know where to place my hands,” he said.

Wang is just one of the 8.7 million university students expecting to enter the workforce this year at a time when the Covid-19 pandemic has complicated the recruitment process.

The impact of the outbreak has already accelerated many of the digital and technology trends affecting society, such as online health and education. Now the traditional recruitment industry is being disrupted as China grapples with an unemployment crisis.

The country’s unemployment rate jumped to 6.2 per cent for January and February, from 5.3 per cent a year earlier, due to business disruption from the coronavirus on a multitude of sectors.

The campaign run by MOE on its own recruitment platforms as well as five major commercial hiring sites – Zhaopin.com, BOSS Zhipin, 51job, Liepin.com and ChinaHR.com – has featured more than 2 million job postings and attracted more than 250,000 new users in total so far, according to a report by state media outlet Xinhua.

The project plans to post over 10 million jobs and will last until the end of June. MOHRSS said 950,000 companies posted over 5.7 million jobs on the first day of the event.

Under this initiative, Alipay launched a virtual job fair featuring around 60,000 employers on March 23. Jobseekers can locate the job fair by searching for the term “good jobs” in the Alipay platform and accessing the “Campus Hiring” mini program on the app. There, candidates can peruse the profiles of all prospective employers and job opportunities, and submit their resumes online.

In addition to campus hiring, around 1.64 million people have found and secured flexible job opportunities via Alipay since the outbreak of Covid-19.

“The online job fair is expected to optimise the job search and recruitment process,” Alipay said in a statement last Thursday.
(Alipay is run by Ant Financial, an affiliate of Alibaba Group Holding, the parent company of the ﻿Post.)

At the same time, China’s major recruitment platforms – many of which had already started a digital push – are speeding up their development of newer functions like video interviews and live streaming to match qualified candidates with suitable employers under more restricted hiring conditions.

“Recruitment platforms are undergoing a digital transformation like many other enterprises,” said Jiao Yujia, an analyst from market research company iResearch. “Video interviews can save a lot of time and improve recruitment efficiency.”

Duomian, which is free and open to all companies for a limited time, helps companies manage and efficiently conduct batches of video interviews.

“Offline recruitment will still exist for some time, especially for the interview part [of the process],” said Dai Kebin, founder and chief executive of Liepin.com. “But the pandemic has triggered more online recruitment … all the first-round job interviews might be done via video in the future, improving efficiency.”

Zhaopin.com, which has over 6.3 million daily active users and 5.1 million enterprise clients, launched several new products last July including video interviews, online career assessment and vocational training tools, but only began a concentrated push to promote these products in recent months because of the pandemic.

“Basically we’ve moved all our offline businesses online because we have no choice now,” the platform’s executive vice-president Li Qiang said, explaining that while the recruitment site used to approach companies and schools to organise offline recruitment events, these events are now taking place online through live streaming and video conferencing.

Before 2017, online recruitment websites were just information-gathering platforms that bridged enterprises and jobseekers, a small part of the whole recruitment process, according to Li.

“From posting job positions, CV selection, interviews to issuing offers … if we only covered one part in the past, during the pandemic, we can see that the whole recruitment process is happening online,” Li said.

Zhaopin.com uses artificial intelligence (AI) algorithms based on data generated from over 1 billion interactions per year on the platform to help match job positions and candidates.

The algorithms label each resume on the platform automatically with 300 to 400 tags that help companies assess whether jobseekers are good fits based on job descriptions, recommend more suitable jobs for candidates at its online job fairs and to help jobseekers better understand their strengths and weaknesses through their career assessment products, according to the platform.

Chinese tech giants Tencent and Baidu are among the companies that have announced that they will only be engaging in “contactless” hiring amid the pandemic.

“Moving recruitment procedures to the cloud can reduce travel, and hence lower graduates’ risk of infections,” Baidu said in a written reply to the ﻿Post. “The company has also moved job fairs online to break physical boundaries, enabling direct communication with division directors and HR through live-streams.”

A live-streamed job fair hosted by Tencent attracted over 70,000 viewers, according to Chinese reports. The social and entertainment giant said it would focus on recruiting for positions in areas affected by the pandemic this year, such as health care, education, administrative services and teleconferencing.

The online recruitment options have given graduating students such as Summer Liu Wen from Hubei province a chance to search for jobs while confined to their homes.

“I’m very anxious because I’m going to graduate in June and it’s already March,” said 23-year-old Liu, who has been staying home for the past two months due to the lockdowns.

Senior students usually find an internship in February or March before they graduate into the workforce, Liu said, but she has been unable to do so because of the outbreak. Instead, she closely monitors job postings through the 24365 project and has registered for an online job fair organised by her university in April.

The communications engineering major at Wuhan’s Wenhua College said the pandemic has caused her to change her career plans, and she is now planning to sit for exams to get teaching qualifications after seeing a surge in demand in the online education industry during the pandemic.

Even that, however, might not be a safe path: many exams have been postponed due to the current situation and there is no guarantee that those for teachers will not be delayed.

“I’m worried about my graduation thesis, how to find a job and I’m very confused about my future,” Liu said.