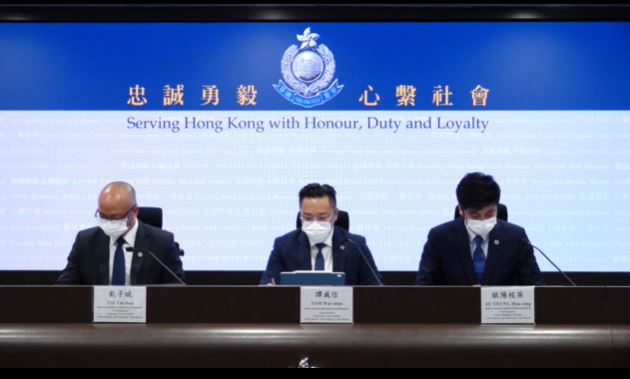 Police arrested 19 persons in connection to a cryptocurrency scam, where around 170 victims from the city and overseas were cheated of about HK$11 million.
Officers arrested 11 men and eight women, aged from 18 to 31, for conspiracy to defraud on Wednesday and Thursday. Among the suspects were the mastermind of the syndicate, technicians, managers and promoters. Some of them were triad members and 10 of them were core members of the syndicate.

According to the police, the syndicate rented units at commercial buildings in the city as their operation center. They also hired youngsters to be promoters, having them showing off cash, yacht and sport car on social media to lure other victims.

The fraudsters first instructed the victims to transfer money into their cryptocurrency e-wallets and bank accounts, claiming the sum will be used for investment.

They also told victims to download non-official cryptocurrency apps and transfer money to the apps or the false website designed from the fraudsters.

As the victims successfully transferred the money, their accounts on the apps or on the website, controlled by the fraudsters, will show them their investment was making profit.

The victims then discovered that they were cheated of the money as they failed to withdraw the amount, and the fraudsters had taken away the cryptocurrency and gone already.

Apart from Hongkongers, the case also involved victims from other regions, including Taiwan, Mainland and the UK.

Police in the operation confiscated nine computers, 128 smartphones, cash worth HK$1.4 million, cryptocurrency worth around HK$50,000 and a sport car in connection to the case.

Officers found one of the victims lost up to HK$760,000, marking the biggest loss in a single case.

The 19 arrested suspects were remanded for questioning. Police didn't rule out further arrests to be made.