How Adele became the biggest musician in the world

She’s back with a new single, a new album, a new love and a whole new look. Kate Wills takes a look at Adele’s internet-breaking return

The weather’s getting miserable, supply-chain chaos continues, Covid is still lurking and approximately half of London has The Mega-Cold. But there is at least something to be cheerful about – the return of Adele. This week, the biggest-selling albums artist of the 21st century released the first track from her much-awaited fourth record, and it’s caused a palpable frenzy.

It also marks a whole new era for the pop star who, since her last album 25 came out in 2015, has been married, divorced, moved to LA, changed her whole look, recorded a new album and lost (by her own count) “100 lbs” (over 7 stone). And she’s done nearly all of it behind closed doors, shrouded in the closely-guarded privacy which she’s known for.

This month she graces the covers of both US and UK Vogue (the first time anyone has ever done this) and last week she gave fans an unexpected treat by recording her first Instagram Live. Over a chaotic 41 minutes, Adele Adkins proved she was as relatable and hilarious as ever. Sitting in what looked like her living room in Beverly Hills, make-up free and in just a black t-shirt, the star played fans a snippet of her first single ‘Easy One Me’.

A one point she shouted at her barking dogs - “Oh my GAWD! Boys I’m on Instagram live! Just checking they’re not doing a poo”. At times she appeared thoroughly confused – even Alicia Keys had to offer tech support - and had no idea what the question “What’s your body count?” meant (it’s US slang for sexual partners). She also revealed that her favourite thing to do in lockdown was “drink wine… obviously”, that her go-to at brunch was “Aperol Spritz babe” and her favourite crisps are ‘Prawn Cocktail Walkers’. The clip of her confessing her favourite spice at Nandos was Medium has already become a meme. You can take the girl out of Tottenham…

It’s been quite the journey from the flat above the pound shop where she lived with her mum Penny and played guitar to her friends in Brockwell Park. After graduating from the BRIT school (classmates included Leona Lewis and Jessie J) her debut album 19 went straight to number one in 2008. But it was her second album 21, inspired by a bad breakup, which sent things stratospheric on both sides of the pond, becoming the biggest-selling album of the 21st century. 25 broke even more records (at one point ‘Hello’ was being viewed a million times an hour on YouTube) and led to a sell-out global tour. But Adele stepped away from the world stage in the summer of 2017 when she cancelled her Wembley Stadium shows because of illness (she had surgery on her vocal cords in 2011), saying that she wanted to focus on spending time with her son.

Although when she picked up her Grammy in 2017 she referred to her long-term boyfriend Simon Konecki as her husband, Adele has now revealed that they didn’t actually tie the knot until she was 30. But by 2019 she was filing for divorce from the 47-year-old charity executive. “I was just going through the motions and I wasn’t happy,” she says of their relationship. “Neither of us did anything wrong. Neither of us hurt each other or anything like that”. Or, as she has also put it: “I f**ked up. It didn’t work.” 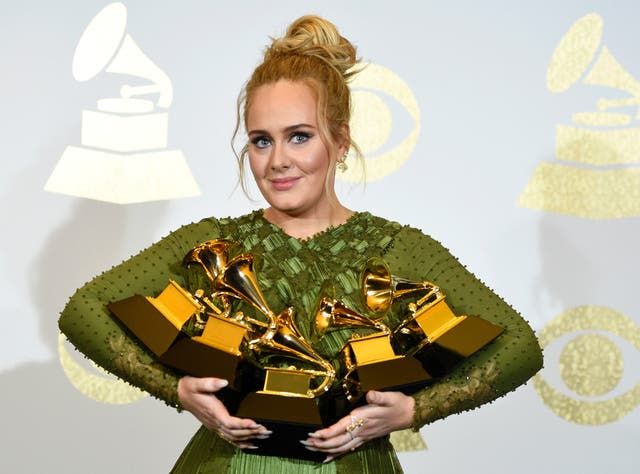 In May 2020, when she posted a snap of herself on Instagram wearing a black minidress it caused mass hysteria because of how much weight she’d lost. The picture, taken in her garden on her birthday, has received more than 12 million likes, and almost a quarter of a million comments - not all of them positive. As a long-time role model for plus-size women, many of her fans felt betrayed by her new slimmed-down look. Many more wondered how she’d done it. And the rest of the internet couldn’t get over how much she looked like Ratched actress Sarah Paulson. Even Adele herself agrees, saying: “But I do, it’s actually quite intense.”

Although there were rumours of Adele’s weight loss being down to intermittent fasting and the Sirtfood diet (celery, kale, green tea and dates), she has dismissed all that as “absolutely fake” and claims her new body is purely because of exercise. She says she now works out two or three times a day. “So I do my weights in the morning, then I normally hike or I box in the afternoon, and then I go and do my cardio at night,” she explains.

So what’s life like in Beverly Hills other than all that working out? Adele lives with her nearly 9-year-old son Angelo in an English-style “cottage” worth a reported £7 million. Her neighbours include Cameron Diaz, Katy Perry and Jennifer Lawrence. Nicole Richie is another good friend. In September Adele wished happy birthday to Lionel Richie’s daughter on Instagram, calling her “my daily dose of grace”.

Her ex-husband lives across the street from her in a house she bought, and last month she went public with her new boyfriend - 39-year-old millionaire sports agent Rich Paul - at the NBA finals.

And then there’s the new music. Her first single, Easy on Me, was released this morning and it is classic Adele. The soaring piano ballad has received more than half a million views within the first hour of being uploaded. “I think it’s kind of punk,” she told Greg James on Radio 1.

The video for is also ticking all our Adele boxes – black and white, wind machine, a house in disarray, flicky eyeliner. “For me, there’s nothing stronger than artists reconnecting after years apart,” says Xavier Dolan who directed both the video for Easy on Me and Hello. “I’ve changed. Adele’s changed. And this is an opportunity to celebrate how we’ve both evolved, and how we’ve also both remained faithful to our dearest themes. It’s all the same, but different.” 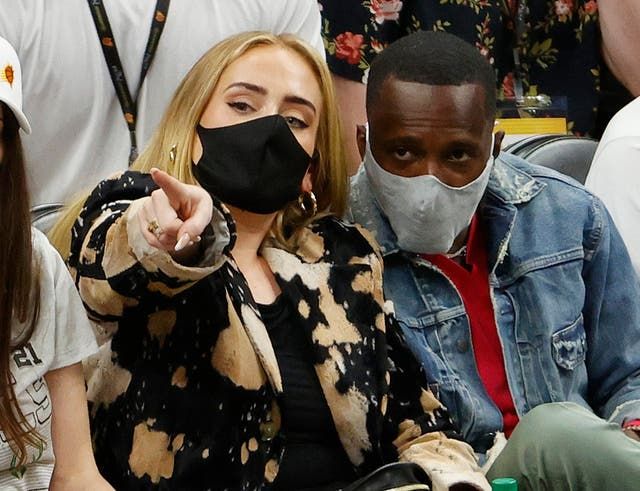 And the new album 30 is expected to break records when it comes out on November 19. Even Taylor Swift is running scared – the fellow pop titan pulled her album forward by a week, apparently to avoid a clash. Adele is predicted to trump over Swift, Ed Sheeran, Coldplay and Abba – who all have new albums out around the same time.

Martin Talbot, the chief executive of the Official Chart Company, thinks Adele will bag the top spot. “There is something very normal and down to earth about Adele, which, together with her soaring voice and excellent songs, have made her probably the biggest star on the planet this past decade,” he explains. “The big question this time is whether her period away has made her seem even more exotic and elusive, or whether her fans have moved on without her. Personally, I’d suggest the former. How big and important this record will be for the music industry as a whole will depend on that answer - although it comes into a fourth quarter market which will be absolutely huge for music in any case.”

Just as the soul-baring break-up songs on her last three albums have struck a chord with millions around the world, Adele’s divorce album looks set to do the same. With her trademark honesty she’s revealed that she wrote this record as a way of helping her son understand his parents’ split. “I just felt like I wanted to explain to him, through this record, when he’s in his twenties or thirties, who I am and why I voluntarily chose to dismantle his entire life in the pursuit of my own happiness,” she says. Echoing the guilt-addled feelings of divorced parents everywhere.

There’s no doubt the 15-time Grammy-winning singer has played a blinder of a PR campaign for her return. “Adele and her team are PR masterminds,” agrees Jonathan Kirby of Instinct PR. “No one can generate hype quite like her and she’s done that by staying so low-key these past few years. She is the opposite of being over-saturated; So many artists burst into the scene, are everywhere, then the public gets bored of them. But Adele slowly builds her momentum over years until the album launches, then she has this amazing ability to remain so down to earth; she connects not just through her music but by her very likeable tone. How many people have been watched last week’s Instagram live and fell in love with her all over again? Also, two Vogue covers simultaneously?! There’s no better PR than that.”


Despite 31 million album sales, 15 Grammys, nine Brits, two Ivor Novellos, an Oscar, a Golden Globe and an MBE, Adele somehow manages to still feel “just like us”. “This is the best f***ing moment of my life!” she screamed at Glastonbury 2016. Charlie Hedges, co-host of Radio 1’s Live Lounge, says: “The thing with Adele is – yes, of course she’s a national treasure and a global superstar but she is also so down to earth. you listen to her sing, you hear her chat in interviews or at her live shows and she is so relatable in so many ways - wouldn’t you want to grab a pint with her if you could?!”

Adele has compared the new album to friends coming over with “a bottle of wine and a takeaway”. Meet you at yours with a bottle of Whispering Angel then, babes.