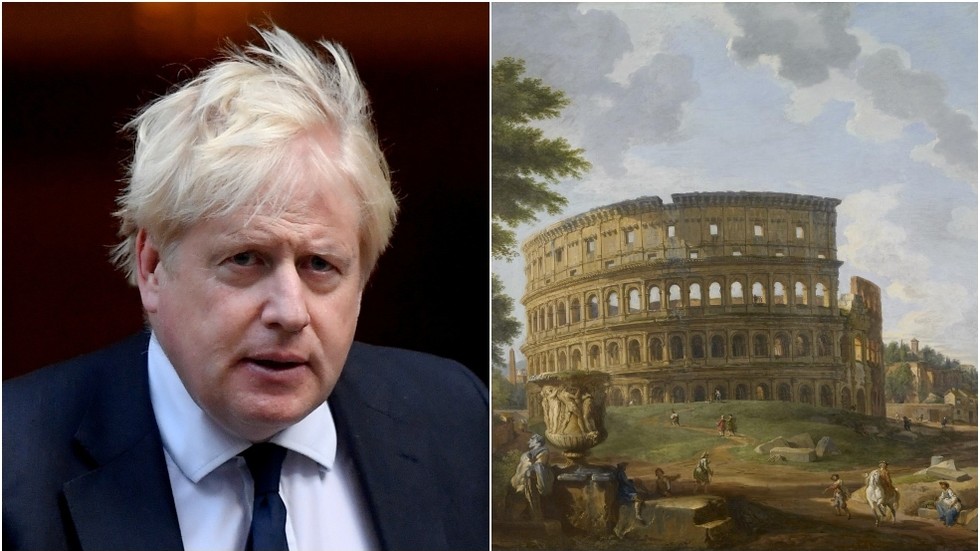 Modern countries risk repeating the fate of the Roman Empire unless they urgently curb climate change, UK Prime Minister Boris Johnson has warned ahead of a major UN summit.

“This is our memento mori,” Johnson told Italian paper la Repubblica during a flight to a G20 meeting in Rome, Italy, using a Latin phrase meaning, ‘Remember that you will die’. The event takes place ahead of a major UN climate change conference in Glasgow, Scotland, known as COP26.

"Rome and its marvelous ruins are a perfect place for G20 and COP26, which begins on Sunday. They remind us that if we don’t address climate change, an extraordinary civilization can collapse at a terrifying pace. It’s not a far-fetched comparison."

“After its fall, the level of education in Rome, the construction skills went down, the marvelous villas were lost, even the livestock shrunk in size. The same thing can happen to us if we don’t act against climate change now,” the PM said, adding that global warming will spur “colossal migrations, shortages of food and water, and many other conflicts.”

Johnson was optimistic that modern societies have the capacity to mitigate the negative effects of humans on the planet. “I’ll use a football metaphor. We are at the end of the first half, losing five to one. The second half is going to be tough. But if the whole world is a team, we can overturn the results.”

Unlike the ancient Romans, modern countries have the technology to fight climate change, Johnson said.

In Glasgow, world leaders are set to reassess their pledges to cut CO2 emissions and discuss investment in renewable energy.

Climate scientists and international organizations, including the UN, have been warning that existing plans to transition to green economies are insufficient or too slow to tackle climate change.