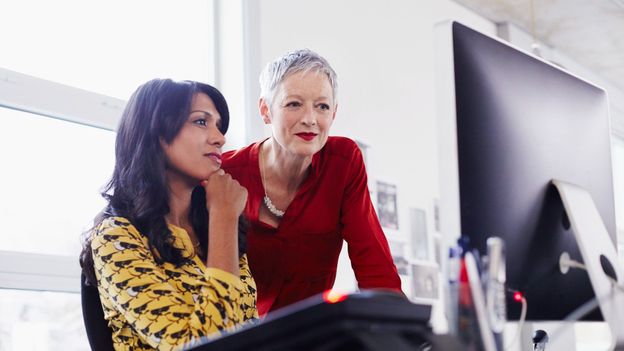 Hybrid work: How 'proximity bias' can lead to favouritism

Research shows that we look more favourably on those whom we see more often. What does that mean for managers in newly hybrid setups?

While financial intuitions around the world have called for a full return to the office in the coming months, Synchrony Financial is moving in the opposite direction. The firm, based in the Connecticut, US, has told its leadership team that they cannot, in fact, return to the office five days a week. Instead, they’re required to work at least one day from home.

DJ Casto, chief human resources officer at the consumer financial-services company, says one of the main reasons they adopted this rule was to put home-working and office-working staff on a more equal playing field. “From a leadership perspective, we want to make sure we look like we’re supporting both groups,” he explains, noting that 85% of employees in a company-wide survey expressed a desire to work from home full time.

To address concerns that those same workers might feel pressured to come back into the office to get more face time with their bosses (and thus more recognition), Casto says leadership needed to role-model the non-traditional plan. “The executive leadership team has a lot of influence on the behaviours of the workforce,” he explains. “So, we said, if we set the tone at the top of the house to say, ‘it’s OK [to work from home],’ and candidly, ‘we’re going to do it, too,’ then it gives people a lot more trust.”

Synchrony is now working to ensure all employees – whether in the office or at home – feel seen. “What we’ve told our leaders who have chosen to come back to our hubs is that they have a responsibility to have this remote-first mindset,” says Casto, adding that they should make sure remote-working employees keep them honest in terms of engagement.

Companies like Synchrony who are moving to a hybrid-work model are grappling with how to best ensure workers physically present in the office don’t reap benefits due to their proximity to bosses and colleagues. Academics call this phenomenon ‘proximity bias’, which is an unconscious – and unwise – tendency to give preferential treatment to those in our immediate vicinity. Once a matter of location within the office, the lines of what define proximity are now evolving, leaving workers and leaders in search of new ways of tackling the issue to guarantee that those who choose to work from home remain both an included part of the workforce and on track for promotions.

Proximity bias, like any bias, is a natural instinct. It’s an evolutionary part of our cognitive decision-making process that we’ve used for generations as a mental shortcut to prioritise what feels safest. Yet “that prioritisation of safety doesn’t always lead to accurate judgements”, explains Ali Shalfrooshan, a UK-based occupational psychologist at workplace-solutions provider PSI Services. Instead, we end up making decisions based on biases rather than knowledge or data.

Shalfrooshan says proximity bias existed in the workplace long before the pandemic. “We all can reflect on occasions where the people we sit near are the people we know the best and feel the most kinship to,” he explains.

This bond can create a halo effect, where we build an inflated view of those nearby while overlooking more qualified individuals further away. A 2015 study, for example, showed that remote workers at a Chinese travel agency had higher levels of performance while simultaneously losing out to in-house staff on performance-based promotions.

This halo effect can also cause leadership to excuse the poor performance of those in their proximity, while not properly valuing the skills and expertise of those with whom they have less contact. Long-term favouritism like this can break down trust and negatively impact productivity, with employees who don’t see their output adequately acknowledged having little motivation to do more than the bare minimum.

The very notion of proximity is changing in the hybrid workplace. On the dramatic end, bosses might view those around them in the office as harder working and more trustworthy than their remote counterparts, rewarding them accordingly. Less explicitly, leaders may be more inclined to hand an in-person employee an assignment or ask them for input, rather than jump on Slack or Zoom to do the same with someone working from home. 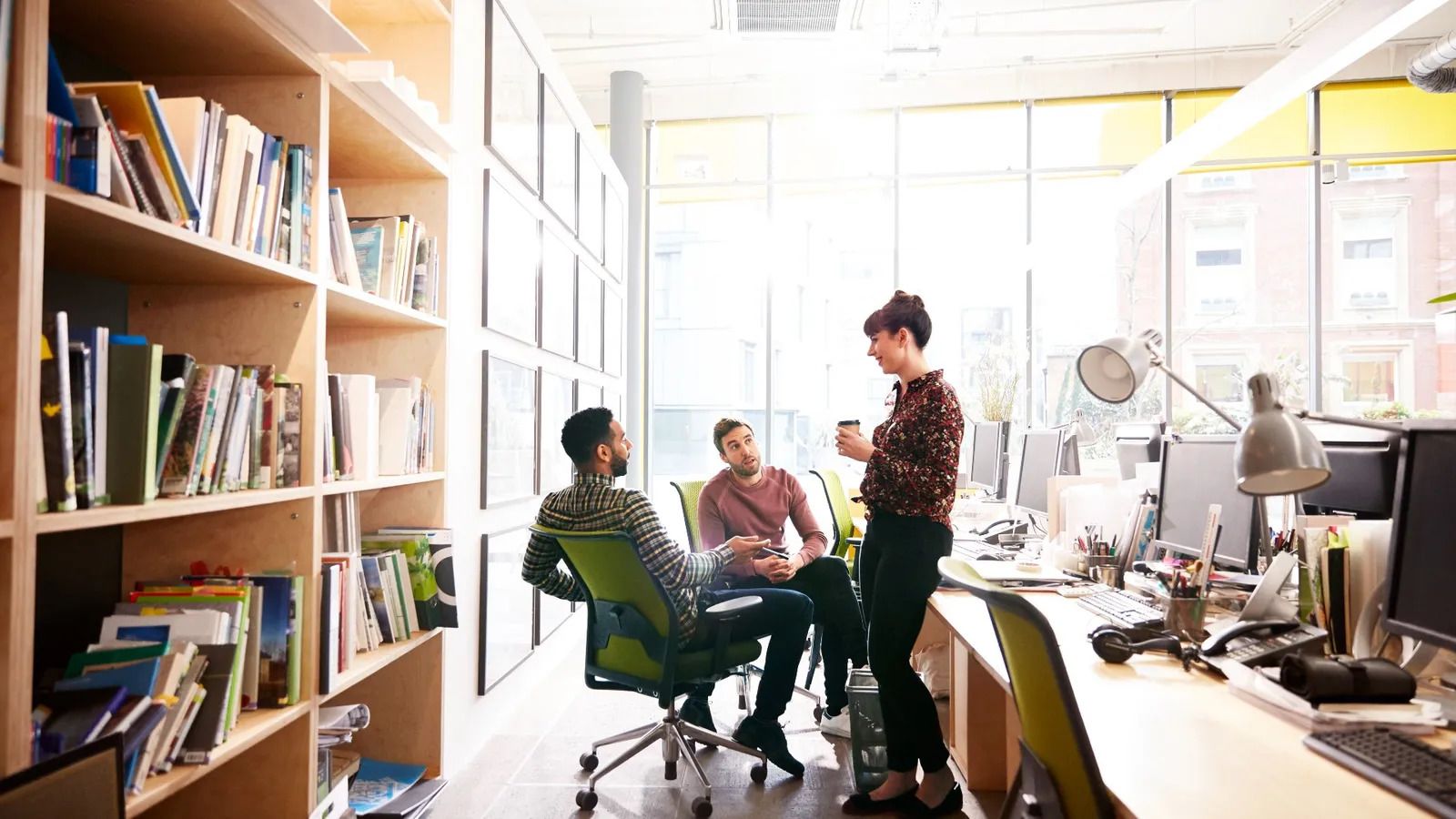 Workers - and managers - subconsciously gravitate towards the people they know best, which has implications for getting ahead

This could make proximity bias an even bigger issue than before. “I think it will become more pronounced when there will be, say, individuals coming into the office and they will start to create some kind of in group, like ‘we are the office people’,” says Shalfrooshan. “Then, there will be the other group which will be people who may be fully virtual, so the lines might become more fraught.”

What can leaders do to make sure out of sight doesn’t mean out of mind? Alison Hill, CEO of Australian leadership training organisation Pragmatic Thinking, and author of the new book Work from Anywhere, says the first step is to recognise that it’s an issue. Then, leaders can brainstorm ways to change their methodology for connecting with teams. This might mean running a meeting virtually for everyone, even if half of the participants are in the office, in order to create a level playing field where everyone feels included.

“It’s really important for leaders to think about how we are interacting quite differently now,” says Hill. “If we just lead the way we’ve always done, and there are a few people on virtual meetings but they are kind of positioned in awkward places and we don’t really engage with them, it’s more of a token effort. Then we are thinking of that methodology through an old lens.”

Hill believes it’s important for leaders to have a system ensuring they’re connecting with everyone in their team, regardless of physical location. It might be as simple as reflecting at the end of the week on whom you’ve had ad hoc conversations with in recent days, and whom you haven’t. It may also be important to take an objective tally of which projects are going to which individuals. There may be trend whereby those getting more work and praise are also the same people you’ve done a better job connecting with, both personally and professionally. 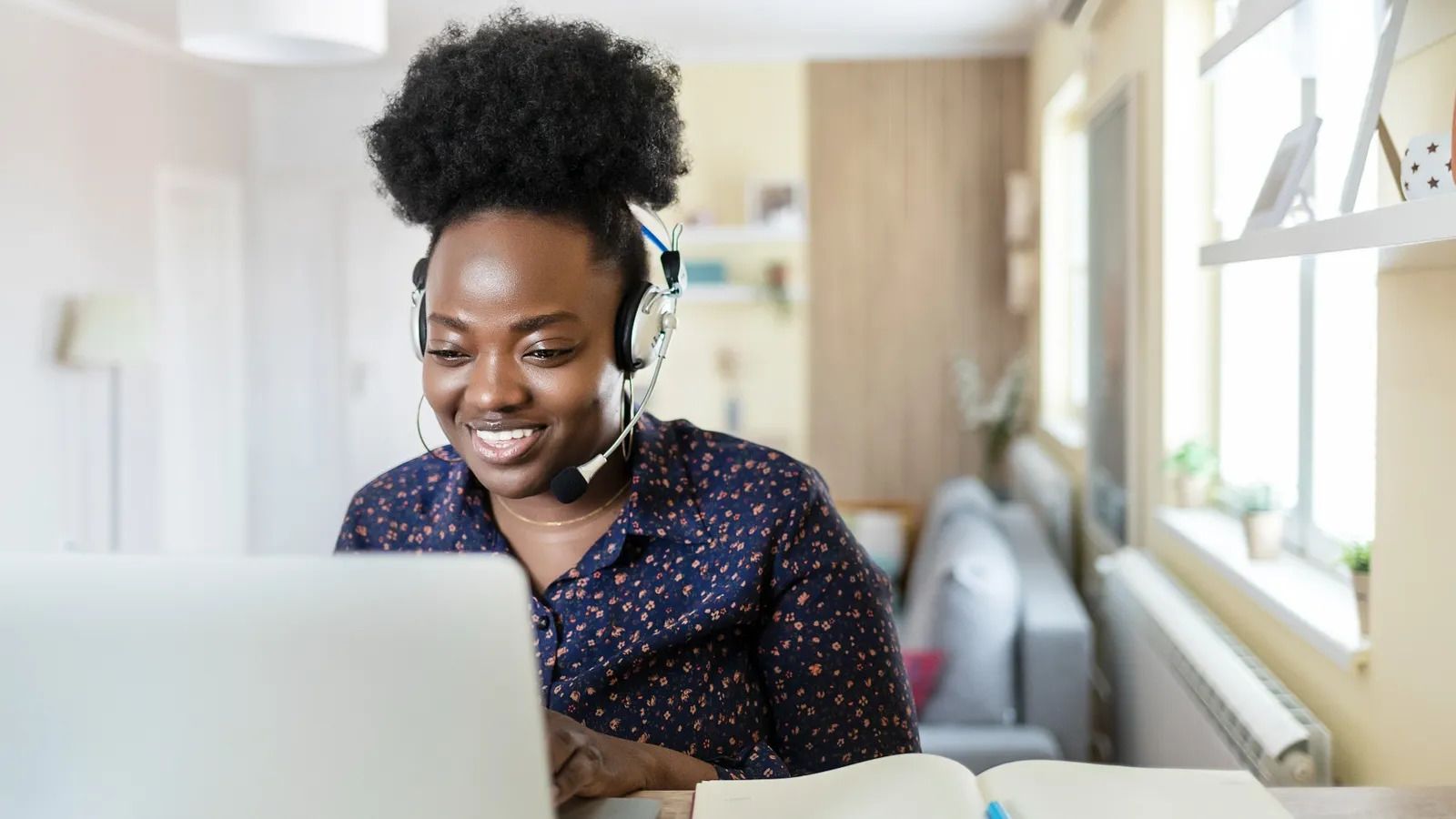 “One of the things high-performing hybrid teams do is have a skill to be able to talk about the emotional element of work, and I think it’s a skill that’s going to be required much more for everyone,” Hill adds. This can mean having open and honest conversations about what’s working and what’s not in the hybrid office.

A sense of not belonging, either culturally or in the team, can lead to workplace loneliness which, studies show, negatively impacts job performance. If it’s a matter of work not being properly acknowledged, Hill believes a proactive move might be for an employee to ask for a conversation with their boss where they can nail down what good work looks like to them and also how they might virtually raise their hand for more projects.

Shalfrooshan says workplace dynamics are going through a huge shift, “so there needs to be a bit of openness about people sharing their frustrations, but also acknowledging that managers are trying to work out the best routes forward right now”.

Like all aspects of hybrid working, businesses are still testing out the best ways to foster a fair and equitable work environment. “Anyone who is going to be honest and transparent knows that this is kind of a grand experiment,” says Casto of Synchrony Financial.

The company plans to continue testing its inclusivity-based hybrid model over the coming year, helping leaders reimagine how to best engage with both remote and in-person staff to avoid any feelings of favouritism or neglect. “To make sure people are recognised and feel seen is really important in these early days,” says Casto. “This new way of working has to work for all.”