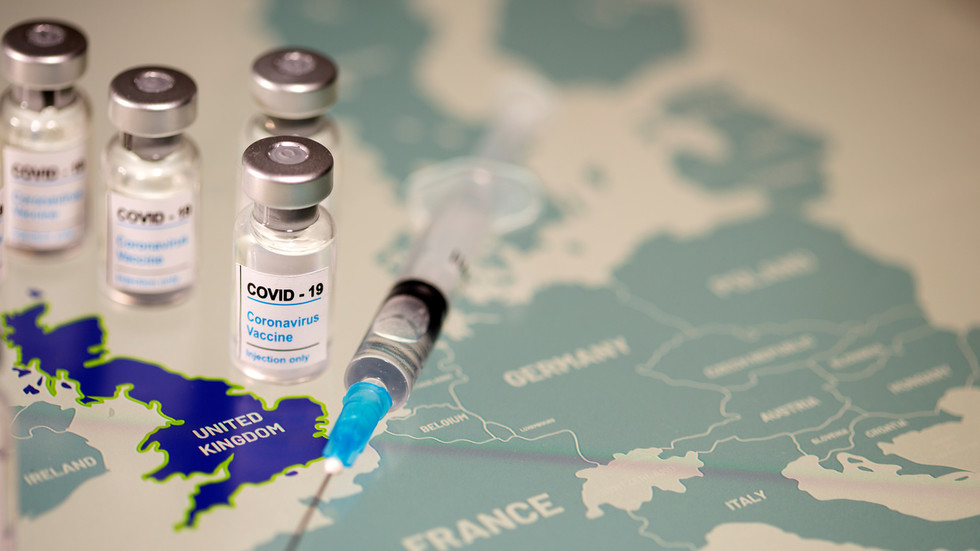 Britain’s education secretary, formerly the vaccine minister until a recent reshuffle, has refused to deny reports that France stole as many as five million Covid-19 vaccines from the UK earlier this year.
Speaking to Sky News on Thursday, Britain’s former vaccine minister, Nadhim Zahawi, was coy on whether France had stabbed the UK in the back by redirecting Covid-19 vaccines meant for Britons.

“I couldn’t possibly comment,” Zahawi said with a smile and a chuckle when asked by Sky’s Niall Paterson about the reports which had appeared in The Sun a day earlier. Pushed by the presenter to divulge more, Zahawi said, as everyone knows, Britain had a “challenging situation with the EU Commission,” but then took a tangent to praise the work of the UK’s vaccine taskforce.

Late Tuesday night, The Sun reported that France had swiped almost five million vaccines from Britain in what they branded a “post-Brexit tantrum.”

Citing unnamed Tory ministers, the paper said that on March 22, several million vaccines doses were expected to arrive in the UK from the Halix manufacturing plant in Holland.

However, the shots never turned up as they were redirected at the eleventh hour to help the EU and France’s stuttering inoculation campaign. The Sun claimed that the minister said France’s actions could easily have cost lives in the UK, and likened Paris’ actions to that of a “hostile state” rather than “the behaviour of a close ally.”

France has not provided any comments on the matter so far.

Britain and the EU engaged in a number of rows over vaccines earlier this year, as the UK’s vaccination campaign vastly outpaced those on the continent.
#Vaccines  #COVID-19  #vaccine  #Covid