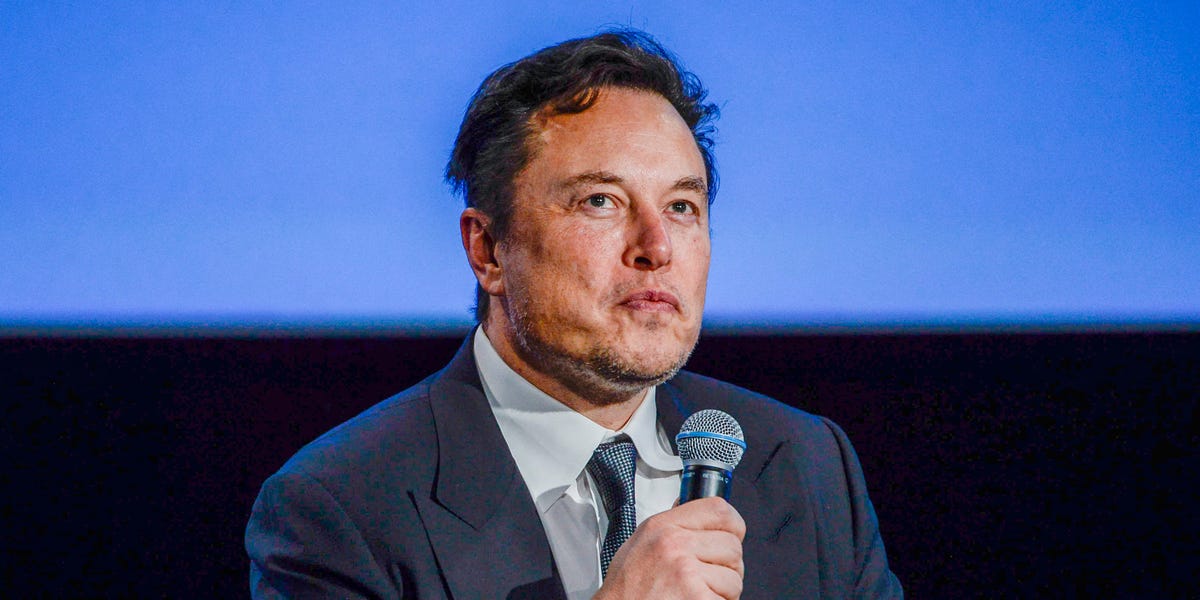 'If I committed suicide, it's not real': Elon Musk reassures the public he's not suicidal for a second time this year

A question about his mental state led Musk to inform 100,000 listeners that any news of his suicide would be "not real."
During a live Q&A session, Twitter's "chief twit" Elon Musk assured listeners he had no thoughts of suicide despite questions about the billionaire's mental state and safety.

Musk, 51, let everyone know that a mysterious sudden death would not be his own doing after fears for his safety arose. In a Saturday Twitter Space, Musk hosted a live Q&A on the "Twitter Files" bombshell dropped on Friday.

During the session, one of the 100,000 listeners at the time asked Musk if he was "suicidal."

"I do not have any suicidal thoughts. If I committed suicide, it's not real," Musk replied.

Speculation about Musk's safety and mental state comes amid the self-proclaimed free speech absolutist's promises to expose Twitter's alleged "free speech suppression" with the release of the Twitter Files.

The files contained internal communications between Twitter employees about a New York Post report on President Biden's son Hunter, according to the report from Insider's Katherine Tangalakis-Lippert.

In the Q&A, Musk also suggested Twitter favored Democrats over Republicans in its censorship. According to the Epoch Times, he said treatment of the opposing political groups "was not even-handed."

Former Olympian Caitlyn Jenner shared her concern for Musk's safety and commended his bravery in a Friday tweet: "@elonmusk I hope you are surrounded by massive security and in an extremely safe undisclosed location - you just became public enemy number one to some very very bad people, I pray for your safety and thank you for your bravery! We need more @elonmusk in our society!!!"

This isn't the first time Musk has hinted at his own potentially mysterious death. In May, a Tweet from the billionaire caused much speculation online.

"If I die under mysterious circumstances, it's been nice knowin ya," he wrote.

The cryptic tweet sparked a swirl of theories on exactly what the SpaceX CEO meant. Users discussed a potential threat from the Clinton family or even Russia, according to Fox 7.

The message also prompted Musk's mother, Maye, to chime in. "That's not funny," she tweeted.

Musk replied: "Sorry! I will do my best to stay alive."
#Elon Musk