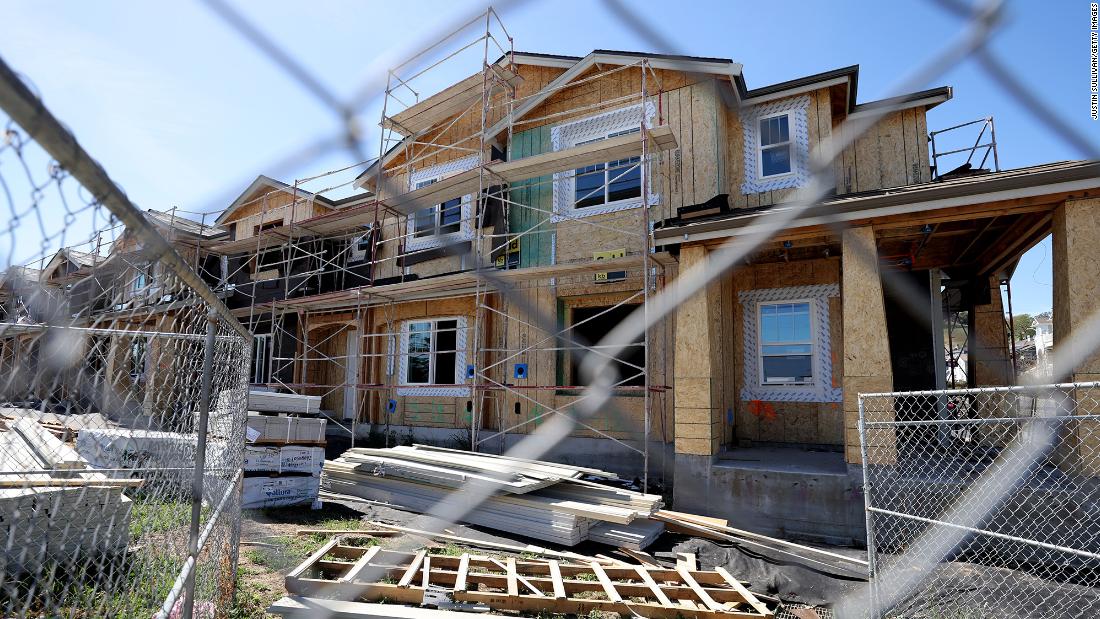 Inflation is so hot that Wall Street banks are falling over each other to predict the dramatic moves the Federal Reserve will have to make to cool prices off.

Goldman Sachs raised eyebrows earlier this week by forecasting the Fed will raise interest rates by a half a percentage point in each of the next two meetings.

Morgan Stanley and Jefferies quickly endorsed that view, even though the Fed hasn't done a rate hike of that size at a single meeting since 2000.

Now, Citigroup is upping the ante. Citi economists said Friday they expect the Fed will boost interest rates by a half a percentage point during each of the next four meetings. And Citi left the door open for even more aggressive steps, such as big rate hikes at every remaining meeting this year.

The aggressive call underscores the level of concern about the inflation outlook, which has darkened considerably in recent weeks because of Russia's invasion of Ukraine and the ensuing spike in food, energy and other commodity prices.

"With inflation likely to be very strong in March...and to remain elevated in April, we think it will be hard for Fed officials to argue why they would not raise 50 [basis points]," Citi economists wrote, referring to basis points.

Citi warned that if inflation "unexpectedly accelerates" or long-term inflation expectations rise "rapidly," it's possible the Fed will hike rates by more than half a percentage point in a meeting.

Normally, the Fed raises rates gradually, moving in quarter-point increments. But with consumer prices surging at the fastest pace in 40 years, these are not normal times.

Keep in mind that just a year ago, Fed officials indicated they saw no interest rate increases until at least 2024. Now, investors are bracing for six more rate hikes just this year.

The last time the Fed raised interest rates by half a percentage point or more in four straight meetings was late 1994-early 1995. That series of aggressive rate hikes helped set off chaos in financial markets, with bond markets melting down and hedge funds collapsing. Months later, the Fed was forced to reverse course and cut interest rates.

'There is an obvious need'

Fed Chairman Jerome Powell signaled this week that officials are prepared to step up their belated fight against inflation.

"There is an obvious need to move expeditiously to return the stance of monetary policy to a more neutral level," Powell said at an event hosted by the National Association for Business Economics.

That's Fed speak for the central bank going from pedal-to-the-metal support for the economy to hitting the brakes. That makes sense given that inflation is high and unemployment is low.

But the harder the Fed hits the brakes, the greater the risk of causing an accident that could potentially wreck the financial markets, the real economy, or both.