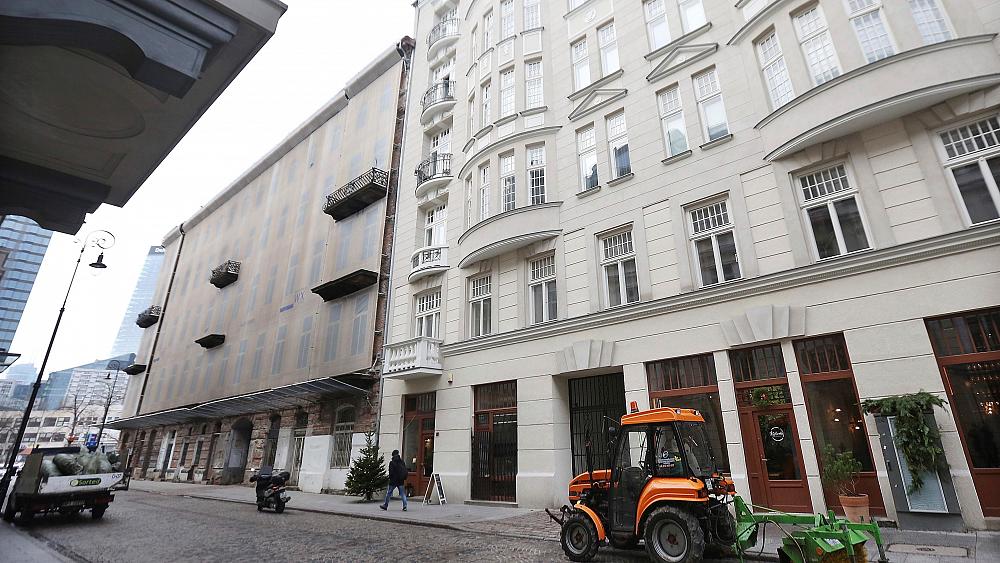 Israel announced it was recalling its top diplomat in protest over a new law in Poland that restricts the rights of Holocaust survivors or their descendants to reclaim property seized by the country’s former communist regime.

Israel has condemned Poland’s approval of a law that restricts the rights of Holocaust survivors or their descendants to reclaim property seized by the country’s former communist regime.

On Saturday it announced it was recalling its top diplomat from Poland in protest.

The move ignited a diplomatic crisis between Israel’s new government and the nationalist conservative government in Poland.

After years of close ties under former Prime Minister Benjamin Netanyahu, Israel’s new government, which includes top officials who are the children of Holocaust survivors, has taken a far more confrontational approach.

Polish President Andrzej Duda earlier in the day signed the law, which addresses appropriations done by the communist government that ruled Poland from the end of World War II until 1989.

The law itself says nothing about the Holocaust or World War II. Instead it establishes that any administrative decision issued 30 years ago or more can no longer be challenged, meaning that property owners who had their homes or businesses seized in the communist era can no longer get compensation.

It is expected to cut off for all time the hopes of some families — both Jewish and non-Jewish — of reclaiming property seized during that era.

Both the US and Israeli governments had strongly urged Poland not to pass the law and Israel had warned it would harm ties.

Israeli Prime Minister Naftali Bennett called Duda's signing of the law “a shameful decision and disgraceful contempt for the memory of the Holocaust” and said “Poland has chosen to continue harming those who have lost everything.”

Foreign Minister Yair Lapid said that he had instructed Israel's charges d'affaires in Warsaw to return home immediately and that the new Israeli ambassador to Poland, who was scheduled to leave for Warsaw, will remain in Israel.

The Israel Foreign Ministry also said it was recommending that the Polish ambassador, who is back home on holiday, not return to Israel.

“Poland today approved — not for the first time — an immoral, anti-Semitic law,” said Lapid, whose late father was a Holocaust survivor.

“Property restitution is a small yet significant part of the process to fulfill the rights of those who have survived and to acknowledge those who have perished in one of the world’s biggest genocides,” Gantz said.

Duda said Saturday that he had analysed the matter carefully and decided to sign the law to end legal uncertainty and fraud linked to properties whose ownership remains in doubt decades after their seizure.

The law does not distinguish between Jewish and non-Jewish claimants, and Duda said he strongly objected to anyone suggesting that the law was directed specifically against Jews who survived the Holocaust.

“I unequivocally reject this rhetoric and say it with all my strength," Duda said. “Linking this act with the Holocaust raises my firm objection.”

Before World War II, Poland was home to Europe’s largest Jewish community of nearly 3.5 million people. Most were killed in the Holocaust and their properties confiscated by the Nazis.

Some of the small numbers of Polish Jews who survived faced violence and persecution at Polish hands after the war, driving many to emigrate to countries including the United States and Israel, which today is home to tens of thousands of aging Holocaust survivors.

Poland’s post-war communist authorities seized many of those properties, along with the property of many non-Jewish owners in Warsaw and other cities.

When communism fell in 1989, it opened up the possibility for claimants to try to regain family properties.

Some cases have been resolved in courts, but Poland has never passed a comprehensive law that would regulate restituting or compensating seized properties.

Complicating the matter, some criminal groups in past years have falsely claimed to represent rightful owners, obtaining valuable properties through fraud, and later evicting tenants from the properties.

“I am convinced that with my signature the era of legal chaos ends — the era of re-privatisation mafias, the uncertainty of millions of Poles and the lack of respect for the basic rights of citizens of our country. I believe in a state that protects its citizens against injustice,” Duda said.

The legislation was widely supported across the political spectrum in Poland.

The last major diplomatic crisis between Israel and Poland erupted in 2018 when Warsaw introduced a law that many in Israel viewed as an attempt to suppress discussion of crimes that Poles committed against Jews during the German occupation of World War II.

The law was eventually watered down and has not been applied.