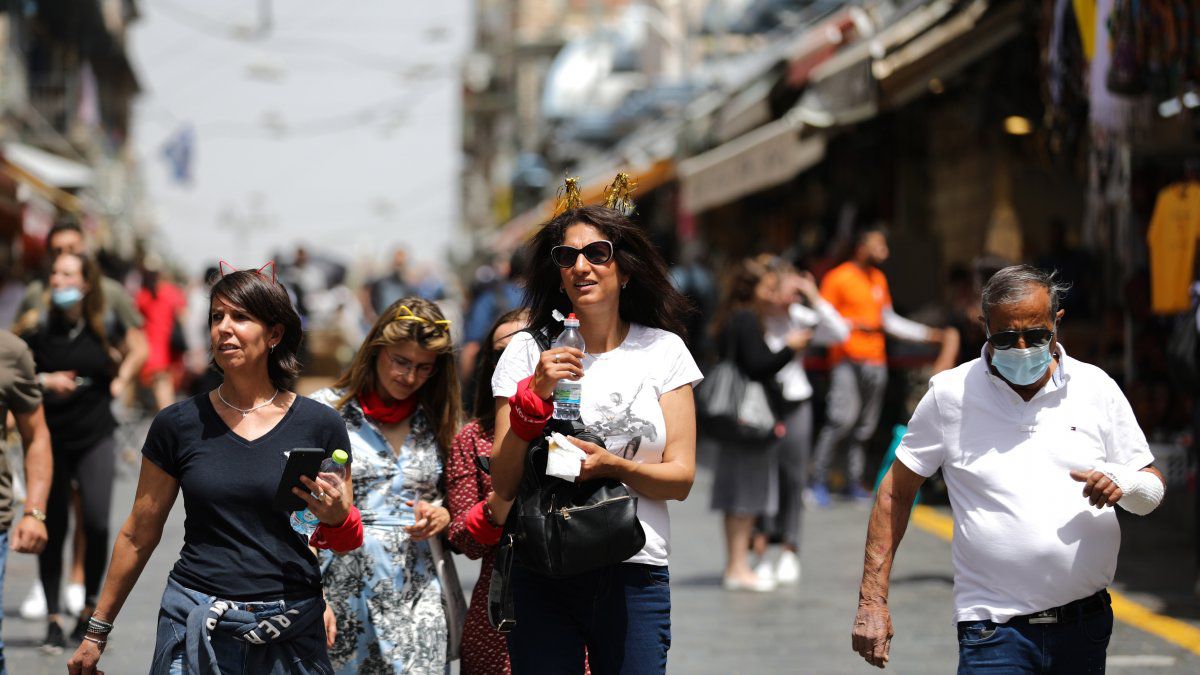 The closure of tourists to Israel is a measure that the country has applied since the beginning of COVID-19 in March 2020.
Israel decided to postpone again and until an undefined date the entry of tourists to the country, scheduled for August 1, due to the progressive increase in infections within and abroad attributed to the delta variant.

"Unfortunately, the current situation does not allow us to authorize the access of tourists," declared the director general of the Ministry of Health, Nachman Ash, who confirmed that the borders will continue to be closed and asked Israelis not to travel abroad for prevention.

The closure of tourists is a measure that the country has applied since the beginning of COVID-19 in March 2020. Since then, it only generally allows the entry of foreigners with work visa or residence permit.

This spring, the Israeli authorities drew up a plan that provided for the entry of tourists - only those vaccinated - from July 1, but the application of this policy has already been postponed until the beginning of August due to the increase in morbidity.

Since then, infections have continued to rise, prompting the decision to further postpone access to tourists. The absence of outside visitors - many of them Christian pilgrims going to the holy sites of Jerusalem or the Palestinian city of Bethlehem in the occupied West Bank - was a major blow to the region's tourism industry.

Israel carried out one of the fastest vaccination campaigns in the world, and more than 60% of its population of 9.3 million people are vaccinated with two doses of Pfizer's vaccine.

However, the emergence of the more contagious delta variant marked a new rise in cases. The country surpassed 1,000 infections a day this week, the highest number since March.

Even so, those hospitalized in critical condition are just over 60, a relatively low number in relation to the total number of active infected - around 6,600 currently.

So far, despite the upward trend, the Israeli government has avoided imposing drastic restrictions again, although it has again imposed small measures to limit the spread of contagion.

Among other measures, Prime Minister Naftali Benet announced today that those confirmed infected with coronavirus who violate quarantine would be prosecuted criminally.

In turn, he asked for legal details to implement electronic tools to control the isolated with a system to verify their location by mobile telephony, through SMS.

"Our goal is to establish sensible guidelines" and "effective enforcement" of the law against violators," Benet said.

In addition, as of Wednesday, access to weddings and indoor parties with more than 100 participants will be allowed only to people vaccinated, recovered or with a negative test for COVID-19.

Israel has also expanded the list of countries on the red list to which its nationals and residents are banned from traveling due to the extreme rate of infection. Among them is Spain, which will enter this category as of Friday, July 23.

All travelers returning from high-risk countries are required to undergo a seven-day quarantine, even if they are vaccinated or have recovered from COVID-19.
#Coronavirus  #COVID-19  #vaccine  #Pfizer  #Covid