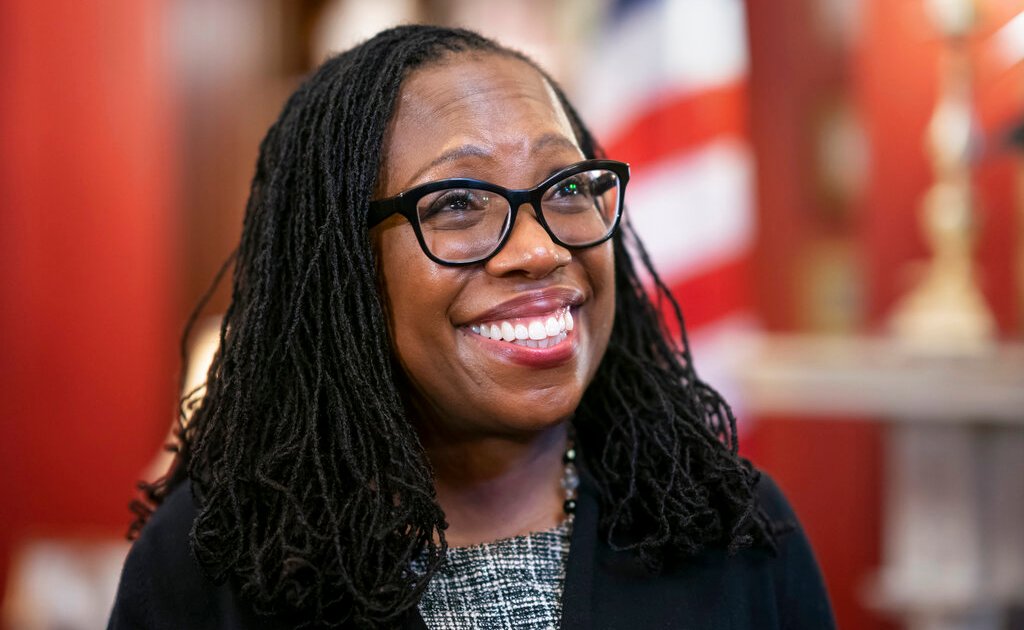 Republicans and Democrats are deadlocked in the US Senate Judiciary Committee over whether to confirm Ketanji Brown Jackson to the United States Supreme Court, but her historic nomination is still expected to be confirmed by the end of the week.

Jackson would be the first Black woman to sit on the country’s highest court, as the 11-11 committee vote on Monday cleared the way for Democrats to advance her nomination to a final vote of the full Senate, where they hold a slim 51-50 majority.

Republican Senators Lisa Murkowski and Mitt Romney on Monday said they would vote to confirm Jackson, joining their colleague Susan Collins, who last week became the first Republican in the Senate to announce support for the nomination.

Majority Leader Chuck Schumer, a Democrat, said shortly before the committee action that he will “set in motion” the process that will lead to a final Senate vote later this week to confirm Jackson.

If confirmed, Jackson would join the liberal bloc on a court with a 6-3 conservative majority.

Confirmation hearings two weeks ago had exposed sharp differences in views among Republicans and Democrats towards the Supreme Court and the Senate’s confirmation process, which has become a partisan battlefield in recent years.

Democrats praised Jackson’s qualifications and record as a US appeals court judge while hailing her history-making nomination. Republicans pursued hostile lines of questioning and tried to paint Jackson as a dangerous liberal activist.

US President Joe Biden on Monday tweeted his continuing support for Jackson, saying, “She deserves to be confirmed as the next justice.”

Democratic Senator Dick Durbin, the Judiciary Committee’s chairman, noted in his opening statement ahead of the vote on Monday that the panel had previously voted to confirm Jackson to US posts three times.

Durbin lamented what he called baseless attacks by some Republicans.

“They repeatedly interrupted and badgered Judge Jackson and accused her of vile things in front of her parents, her husband and her children. There was table-pounding – some literal – from a few of my colleagues. They repeated discredited claims about Judge Jackson’s character,” Durbin said.

Several Republican senators accused her of being lenient on child pornography offenders during her time as a federal trial court judge.

Jackson, 51, defended her record, saying she did her “duty to hold the defendants accountable”.

Sentencing experts called the penalties Brown had imposed as within the mainstream among federal judges, while the American Bar Association rejected claims by Republicans that Jackson was “soft on crime”.

Senator Chuck Grassley, the committee’s top Republican, called Jackson “very personable and engaging” but complained that more documents on her judicial record should have been released and took issue with the nominee on several matters.

“Having carefully studied her record, unfortunately, I think she and I have fundamentally different views on the roles of judges and the role that they should play in our system of government. Because of those disagreements I cannot support her nomination,” Grassley said.

While the White House had hoped for a bipartisan vote on the committee, Senator Lindsey Graham, a leading Republican, helped seal its deadlock when he decided to vote against Jackson. 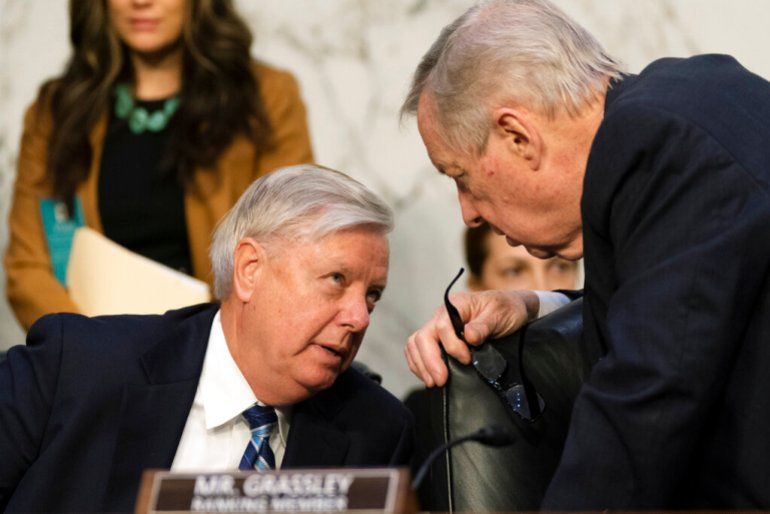 Graham, who had voted in 2021 to confirm Jackson to the US Court of Appeals for the District of Columbia, aired grievances about how Democrats treated previous Republican Supreme Court nominees.

He accused Jackson of being evasive during her confirmation hearings and giving answers that he said indicated she would be an activist judge, moulding her rulings to her own beliefs.

If confirmed, Jackson would replace retiring liberal Justice Stephen Breyer when he steps down at the end of the court’s present term.

While Jackson will not shift the court’s 6-3 conservative majority, she is on the brink of making history as the third Black justice and only the sixth woman in the court’s more than 200 years in existence.

The judiciary committee had not deadlocked since 1991, when Biden was chairman and a motion to send the controversial nomination of current Justice Clarence Thomas to the full Senate with a “favourable” recommendation failed on a 7-7 vote.