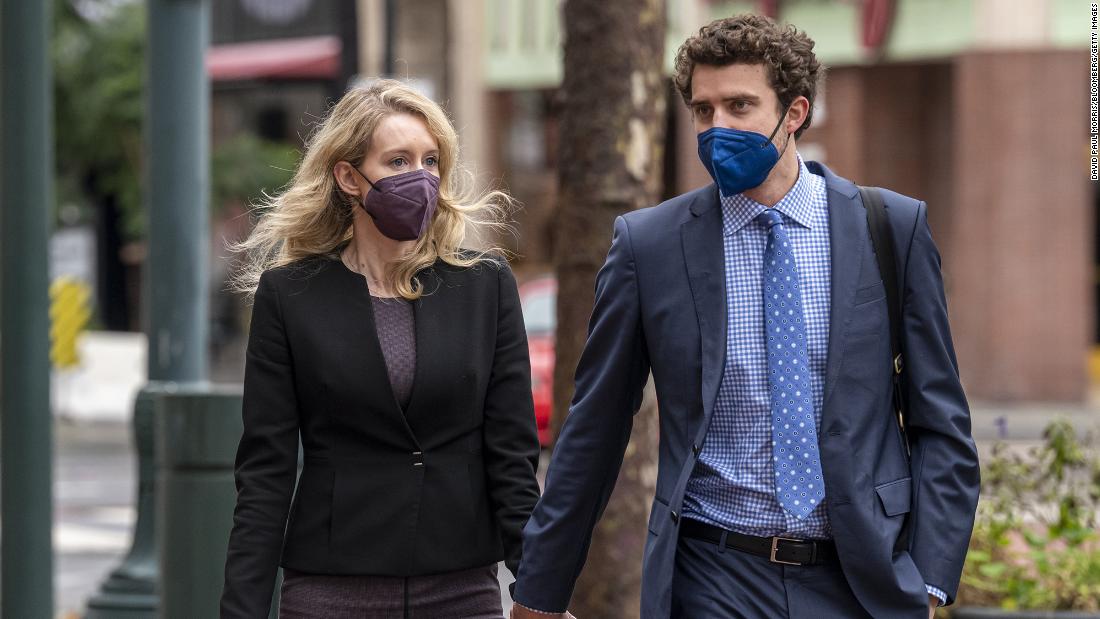 The jury of eight men and four women concluded their deliberations for the year on Wednesday, capping off their second week with the case without reaching a verdict.

Deliberations, which have so far spanned 44 hours over six days, are scheduled to resume Monday in a San Jose federal courthouse after the New Year.

On deliberation days, members of the public and the press lined up outside the courthouse in the early hours of the morning in order to get one of the limited seats inside Judge Edward Davila's courtroom, the judge presiding, should the jury return a verdict.

The courtroom, however, remained closed unless there was a note from the jury to be read, or a verdict. That meant several long days of waiting in the hallway outside the courtroom for the coterie of nearly three dozen people — mainly journalists — awaiting the verdict. While there is a separate, empty courtroom made available for waiting, most opt for the hallway to keep an eye on any comings and goings to Davila's courtroom.

Unlike the first week of deliberations, when jurors asked to hear back audio recordings of a call where Holmes is heard pitching investors, they did not have any notes with requests to review evidence in the week between Christmas and New Year's Eve.

Legal experts say it is hard to know if there's anything that can be read into how the jurors are deliberating and where they may stand in returning a verdict.

"It's a really mysterious process," said Henry E. Hockeimer, Jr., a white-collar defense attorney at Ballard Spahr LLP and a former federal prosecutor. "With the length of the trial and the complexity, I don't think it's that outrageous that they're [deliberating] this long."

"It's a long trial. A long trial, unless it's just a slam dunk, will result in pretty long deliberations," said Hockeimer, who added that jurors who are part of a long trial, and especially a high-profile federal trial at that, are typically committed. "They take their obligations seriously."

According to Shan Wu, a criminal defense lawyer and a former federal prosecutor, "it's actually not unusual to have very few notes."

"I would say they are comfortable with what they've been given... and they're just taking their time going through it," added Wu, noting that Holmes' testimony, which spanned seven court days, "gives them a lot to mull over."

Minutes from the court for Tuesday revealed a 23-minute proceeding shortly after 11 a.m. local time attended by the judge presiding over the case as well as attorneys for both the defense and the prosecution. But the court ordered the proceedings sealed and declined to share further details on what it pertained to. The following day, Wednesday, two sealed documents made their way to the court docket.

Holmes faces 11 federal fraud charges over allegations that she knowingly misled investors, doctors and patients about her company's blood testing capabilities in order to take their money and prevent Theranos from failing.

If convicted by the jury, Holmes faces up to 20 years in prison as well as a fine of $250,000 plus restitution for each count of wire fraud and each conspiracy count. She has pleaded not guilty.

The high-profile trial began more than three months ago, with much of that time taken up by the government's case and the 29 witnesses it called to testify. The defense called three witnesses, culminating in testimony from Holmes herself.