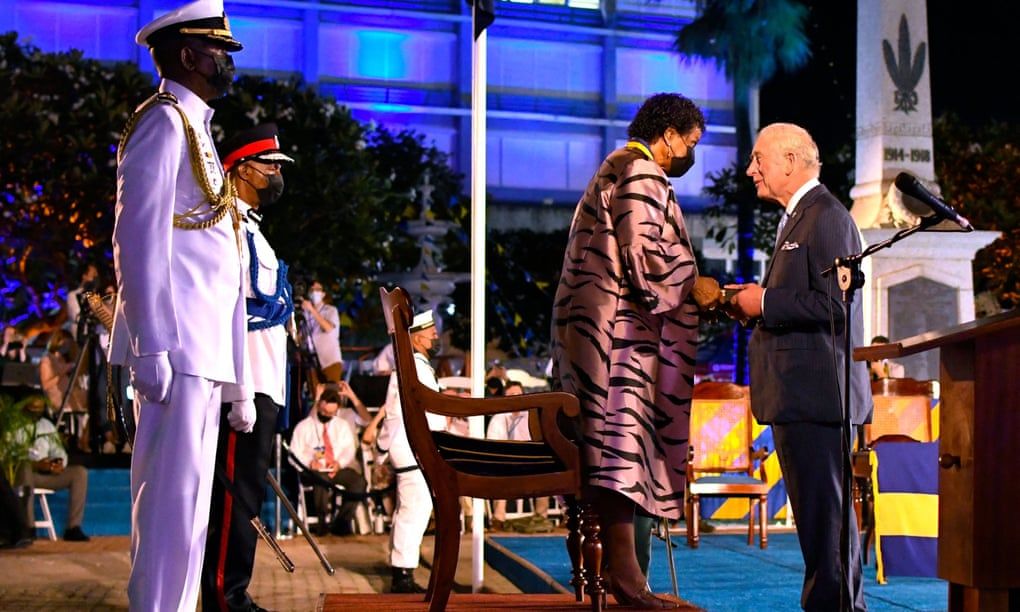 King Charles’s ascension to the throne has reignited a debate over whether the royal family deserves a global role in the 21st century, no more so than in the 14 Commonwealth realms where the British monarch remains the head of state.

A legacy of empire and slavery that was entwined with British royalty for centuries has raised tough questions about the place of a foreign king, and republican movements from the Pacific to North America to the Caribbean will be assessing whether they should seize the moment.

Recent developments, notably Barbados becoming a republic in 2021 and removing Queen Elizabeth as its head of state, have also led to a crescendo that could now reach a climax.

While there are strong republican voices in Australia, New Zealand and Canada, Jamaica appears to be most likely to face the issue immediately, not least because appointing the new king might require a constitutional referendum.

On Friday, the main story on the front page of one of Jamaica’s leading newspapers, the Gleaner, said the Queen’s death would “make Jamaica’s break with monarchy easier”.

Elizabeth II had a “personal kind of lingering among some sections of the population”, the paper quoted cultural expert Jahlani Niaah, senior lecturer at the University of the West Indies, as saying. But he added: “There is another section that is clear that we have come too far with those millstones around our necks, and the fact that she has passed will mean there is less affection for the symbolism that she represents as a powerful woman in the world.”

In 2020, Mikael Phillips, an opposition member of Jamaica’s parliament, filed a motion backing the removal of the monarch and on Thursday said he hoped the prime minister “would move faster when there is a new monarch in place”. 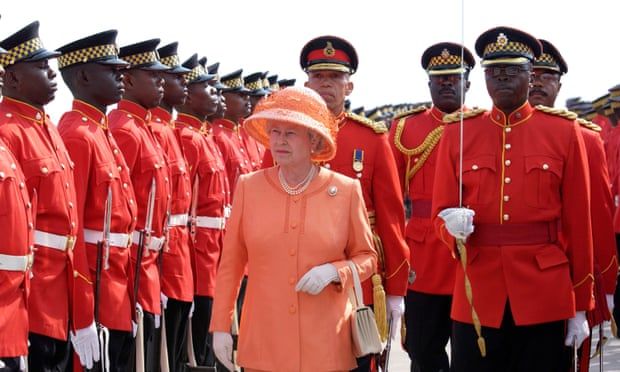 Queen Elizabeth II in Jamaica on her Jubilee tour in 2002.

Jamaica’s government last year announced plans to ask London for compensation for an estimated 600,000 Africans who were shipped to the island to the financial benefit of British slaveholders. And a poll this summer found that more than half of Jamaicans said they wanted the Queen to be removed as head of state.

The royal family has sought to address Britain’s bloody imperial past for decades. As prince, Charles attended the Barbados ceremony last year and gave a conciliatory speech referring to the “appalling atrocity of slavery” that “forever stains British history”. 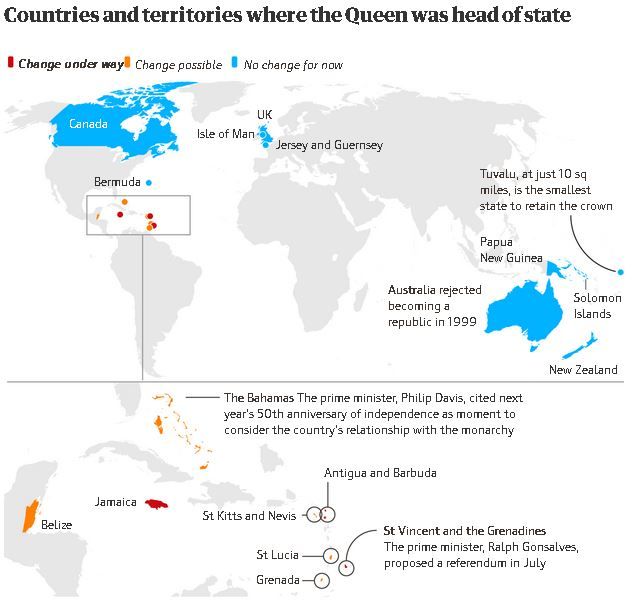 More than 10 million Africans were forced into the Atlantic slave trade by European nations, and those who survived the trip were shackled in the Caribbean and the Americas.

Belize has already announced a constitutional review, and political leadership in some overseas British territories such as the British Virgin Islands was also heading in a similar direction.

The wider Commonwealth of Nations, a group of 56 countries including 2.5 billion people, will also face a reckoning. The organisation has attempted to democratise, for example, by declaring that its head is not a hereditary role. However, Charles was still chosen to lead by leaders of the bloc in 2018, which has made some countries uncomfortable.

In Australia, Canada and New Zealand, the transition has brought grief but also raised resentment around the damaging effects of Britain’s colonisation on Indigenous peoples.

In Canberra parliament has been suspended for 15 days, while the Sydney Opera House was illuminated in the Queen’s honour. Still, within hours of her death being announced the long-running republican debate was revived.

A Green party senator, Mehreen Faruqi, said: “I cannot mourn the leader of a racist empire built on stolen lives, land and wealth of colonised peoples.”

This June, Australia’s new government headed by the prime minister, Anthony Albanese, appointed Matt Thistlethwaite as the country’s first minister tasked with overseeing a transition to a republic.

In New Zealand, the republican prime minister, Jacinda Ardern, remembered Queen Elizabeth II as “extraordinary”, saying she came “to define notions of service, charity and consistency”. And Marama Davidson, the co-leader of New Zealand’s Green party, said the relationship between the British crown and New Zealand was “a question for another day”. 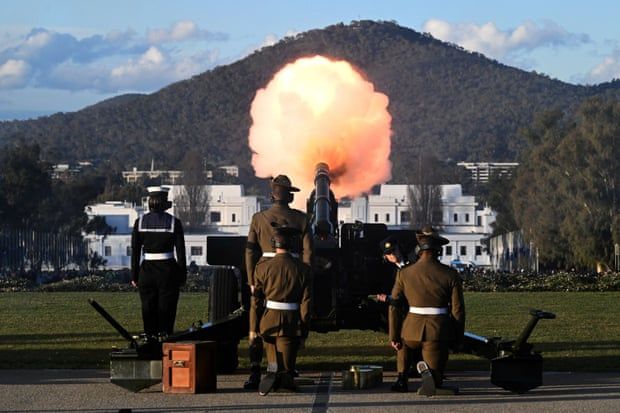 A 96-gun salute for Queen Elizabeth at Parliament House forecourt in Canberra, Australia.

Regardless, a fresh break from British royalty seemed an inevitable question. Sir Don McKinnon, a former deputy prime minister of Aotearoa and former secretary-general of the Commonwealth, told Radio New Zealand that the possibility of New Zealand becoming a republic would “build up quite a head of steam now”.

In Fiji, which was a British colony from 1874 until 1970, the Queen was being mourned but British imperialism had complicated their feelings, said Inise Kuruwale, a librarian. “I believe most people feel sad today, but not all, because a lot of people are still a bit angry about the fact of colonialism.”

In Vanuatu, which was run as a joint colonial post by the French and British after the second world war until gaining independence 42 years ago, residents of the capital of Port Vila expressed sadness for her passing, but said the relevance of the monarchy has dimmed over the years.

“She was a very good role model. She came to Vanuatu, but it was before I was born,” said Lopez Adams, who owns a cafe in Port Vila. “We are sad for her family, but for us, we have been forgotten. Colonisers came and they took. We are independent now and we have seen nothing from them.”