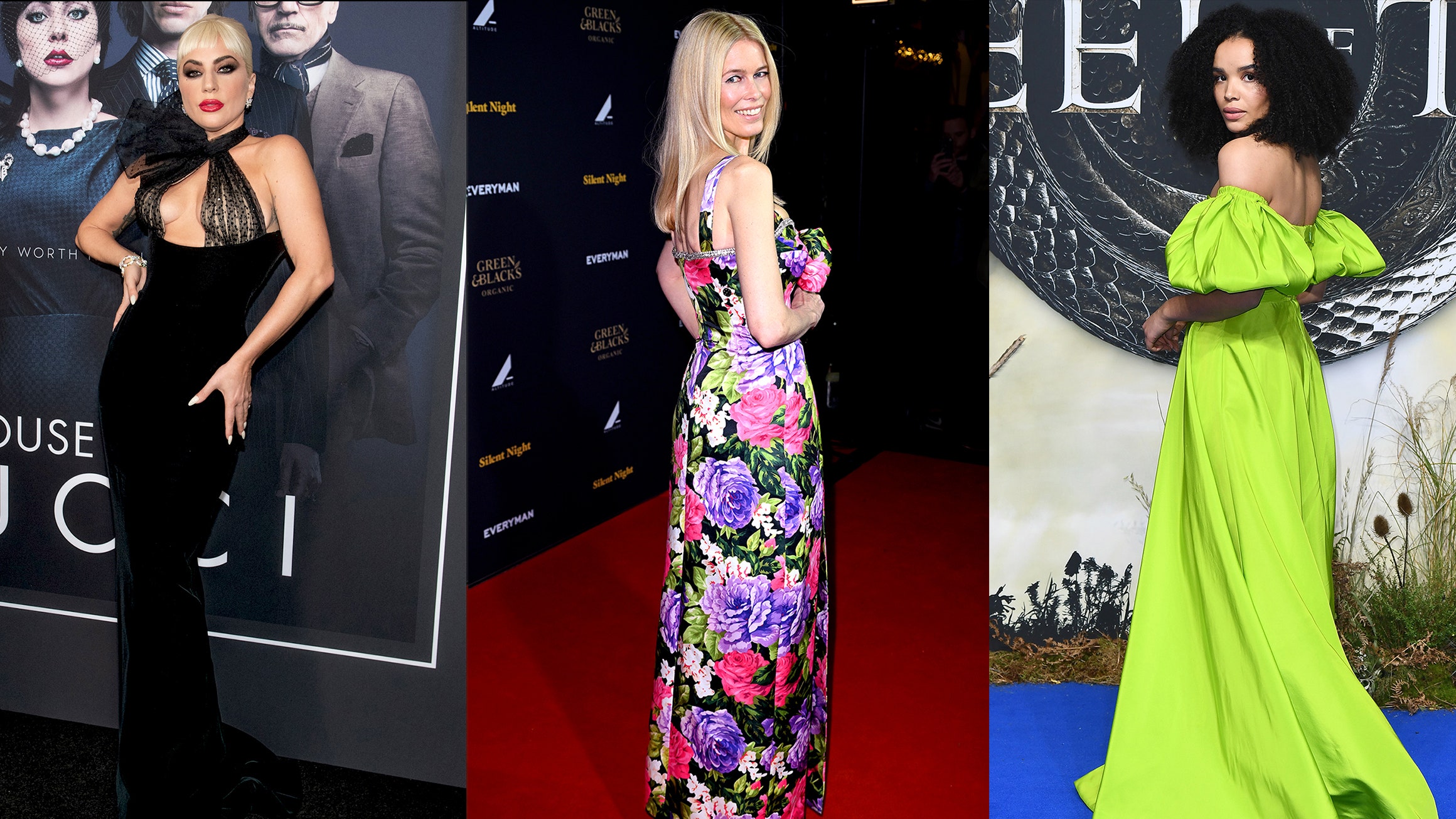 Celebrities chose looks that aligned with the spirit of each premiere, party, or press appearance.

Mastering occasion dressing means considering the event you’re about to attend as well as the official dress code. As celebrities headed out last week, they did precisely that by selecting pieces that aligned with the spirit of each premiere, party, or press appearance. In Los Angeles, Cindy Crawford and Kaia Gerber exemplified the idea, and brought two generations of supermodel swagger to the annual InStyle Gala.

The women were individually glamorous, with Crawford in a halter neck Missoni gown from the brand’s spring 2022 collection, and Gerber rocking freshly cut bangs and Alexander McQueen’s trompe l’oeil tank dress. Still, the playful details of their outfits truly came to the fore once they stood side by side. The “sequin shard” fringe on Gerber’s hemline popped next to Crawford’s sparkling chevron neutrals. This interplay of metallic textures made for an arresting mother-daughter fashion moment.

Many of the pieces Lady Gaga has chosen for her House of Gucci press tour have been appropriately over the top, but she decided to pare things down for the film’s New York premiere. Her custom Armani Privé look was as classic as it gets, and its figure-accentuating silhouette played up the star’s physique. A column of black velvet with a sheer layer of pois d’esprit tulle covering the bust offered a bold flash of skin, while adhering to the old-school movie star aesthetic Gaga likes to adopt when promoting her acting roles.

Similarly sultry was the Dior Haute Couture number that Jurnee Smollett pulled out for the Guggenheim Gala. A throwback to the spring 2018 collection, the look’s caged bodice was woven out of black horsehair. Tulle with an overlay of graphic lines, the dress was a fitting choice for the artsy event, one that made Smollett seem like she’d stepped out of a sketchbook as she made her way through the Kandinsky exhibition.

Elle Fanning brought punchy color to the talk show circuit, appearing on Jimmy Kimmel Live in a bubblegum pink Oscar de la Renta cocktail look with a hemline aflutter with marabou feathers. Wheel of Time star Rosamund Pike nodded to her sorceress role by attending her series’ premiere in a hooded all-white Dior couture gown with a witchy vibe. Though they journey through the show’s high fantasy world together, Pike’s co-star Zoe Robins kept her fashion grounded in reality via the neon finery of Pierpaolo Piccioli’s Valentino resort 2022 collection. 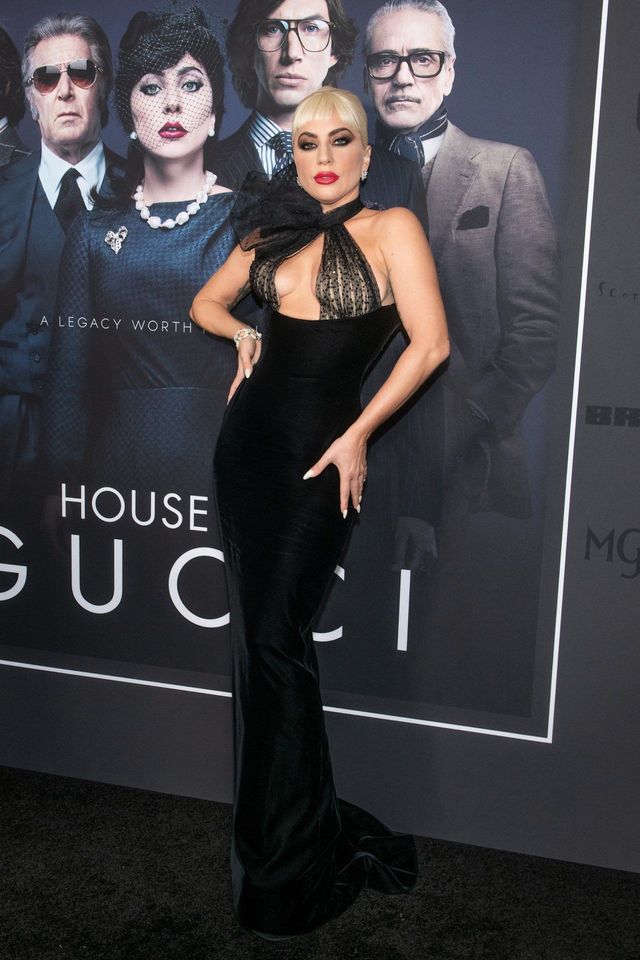 WHO: Lady Gaga
WHAT: Armani Privé
WHERE: House of Gucci New York Premiere
WHEN: November 16 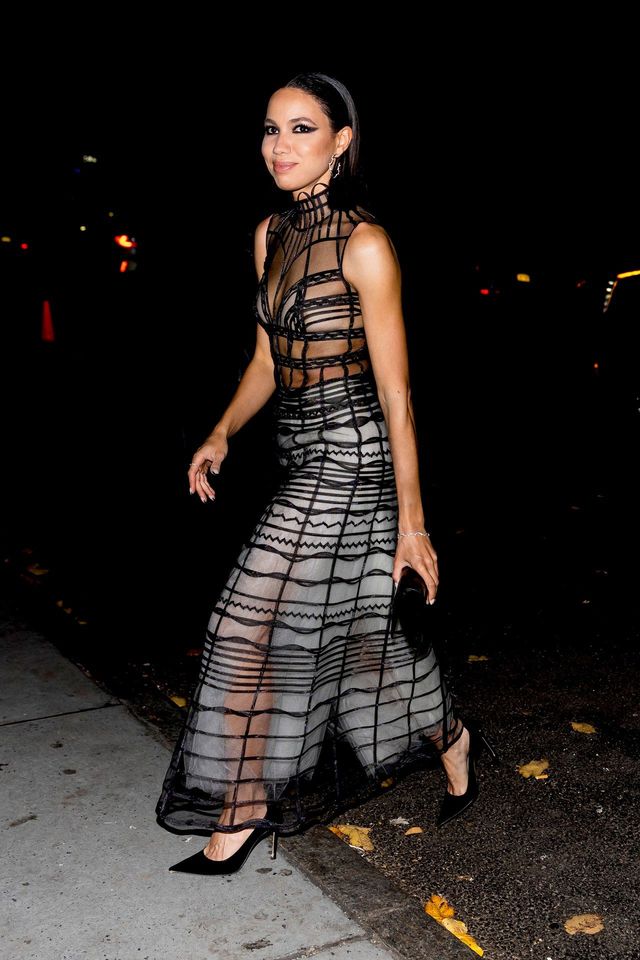 WHO: Jurnee Smollett
WHAT: Dior Couture
WHERE: 2021 Guggenheim Gala
WHEN: November 17 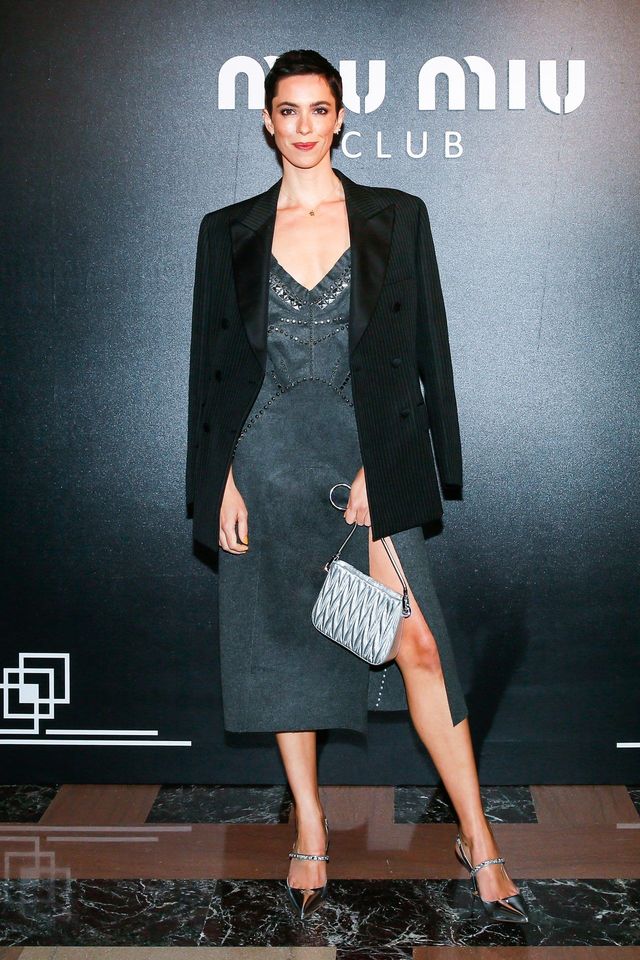 WHO: Rebecca Hall
WHAT: Miu Miu
WHERE: Miu Miu Nuit Club
WHEN: November 16 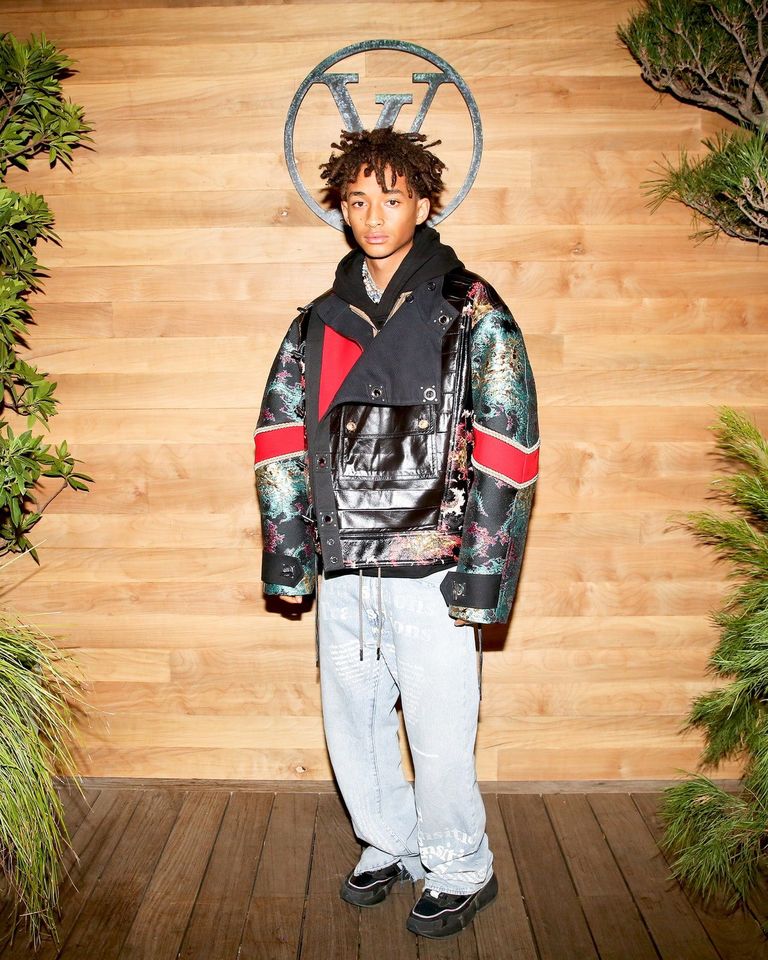 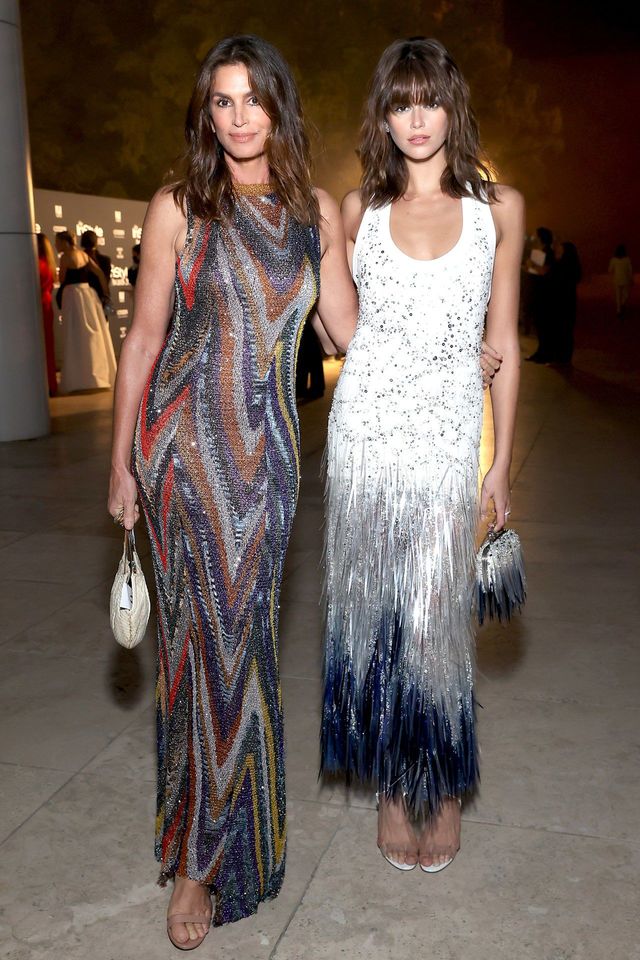 WHO: Cindy Crawford and Kaia Gerber
WHAT: Cindy in Missoni and Kaia Alexander McQueen
WHERE: 2021 InStyle Awards
WHEN: November 15 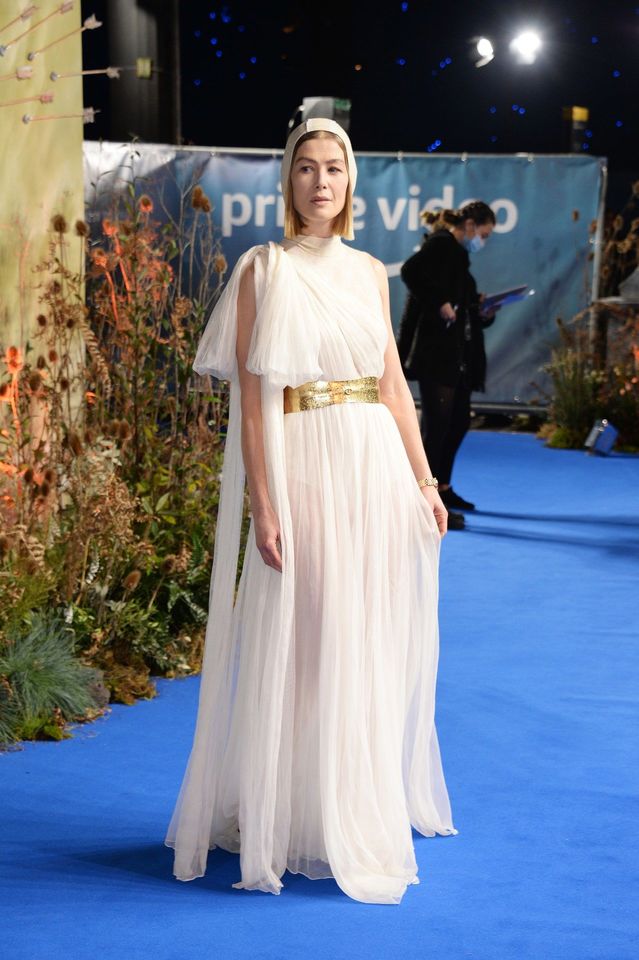 WHO: Rosamund Pike
WHAT: Dior Couture
WHERE: Wheel of Time World Premiere
WHEN: November 15 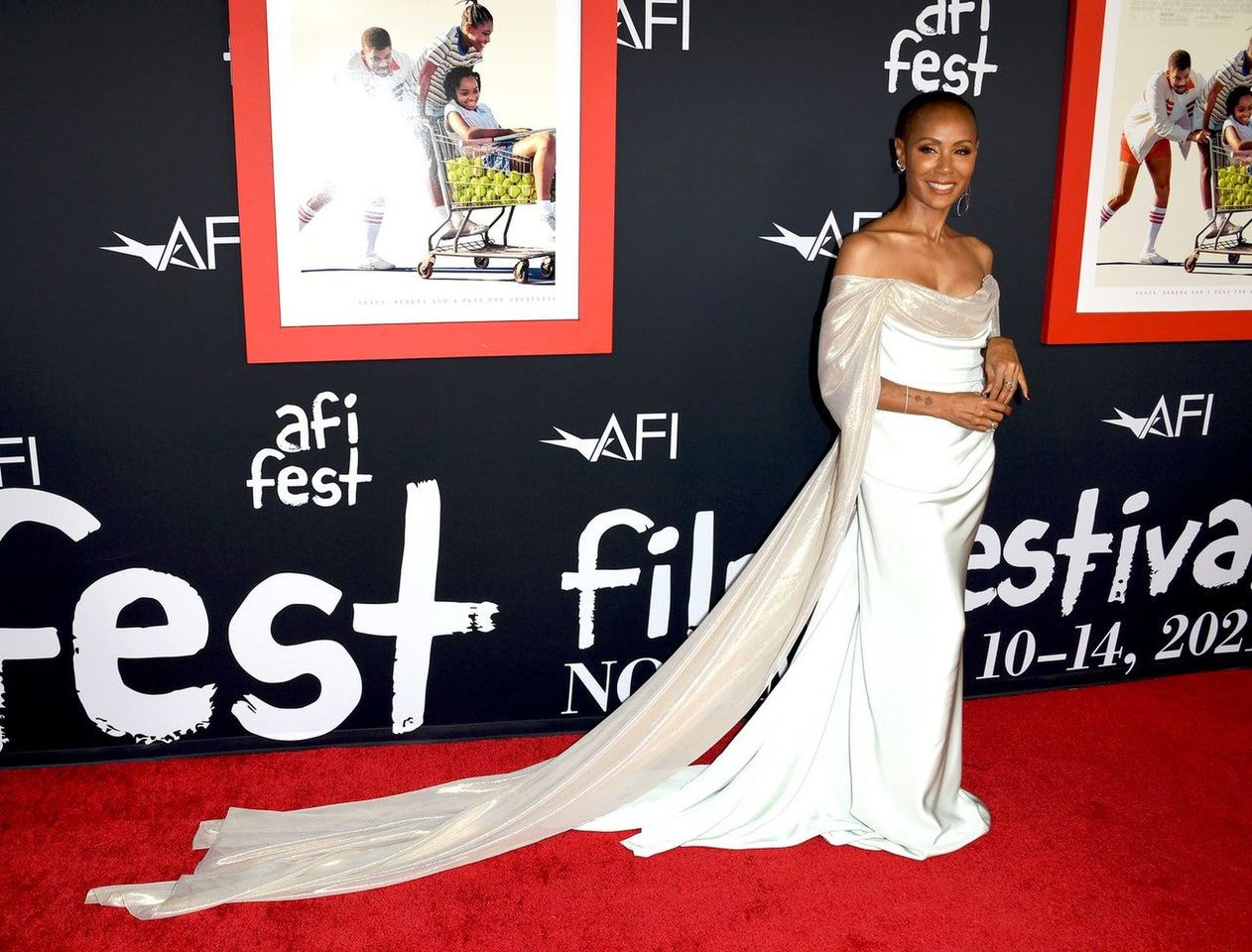 WHO: Jada Pinkett-Smith
WHAT: Vivienne Westwood
WHERE: AFI Fest Premiere of King Richard
WHEN: November 14 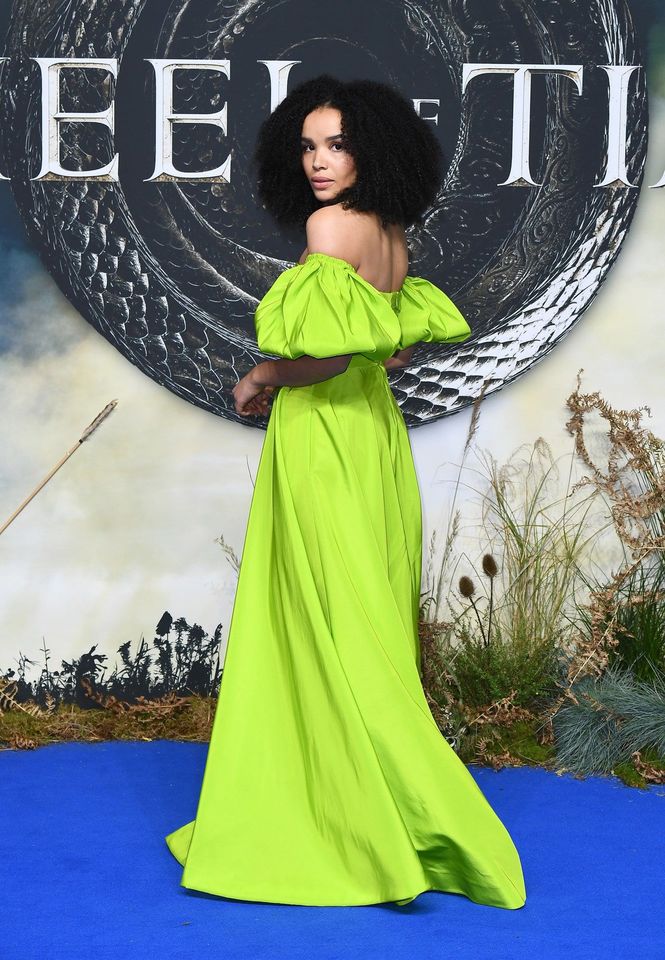 WHO: Zoe Robbins
WHAT: Valentino
WHERE: Wheel of Time World Premiere
WHEN: November 15 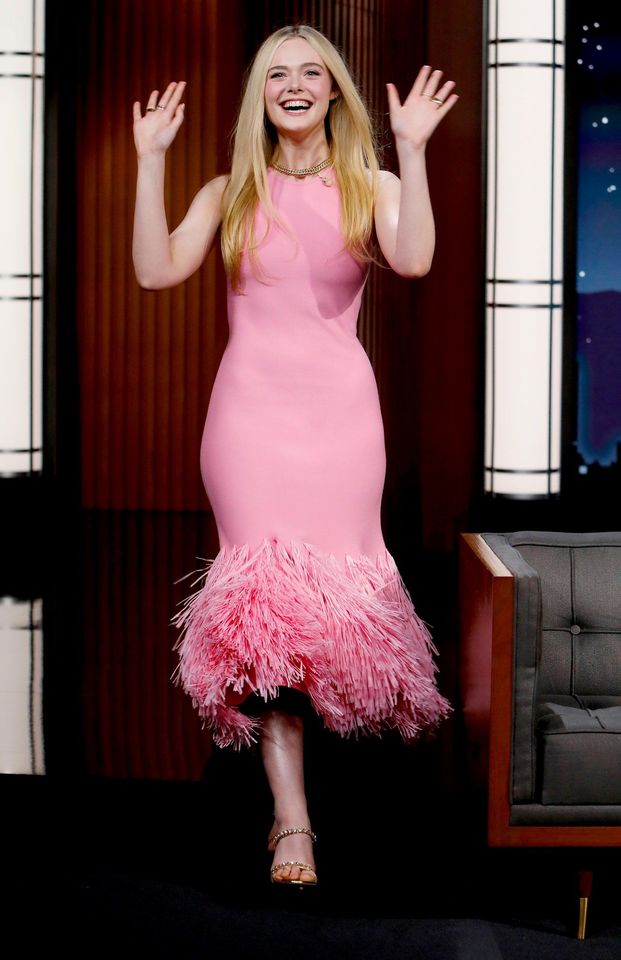 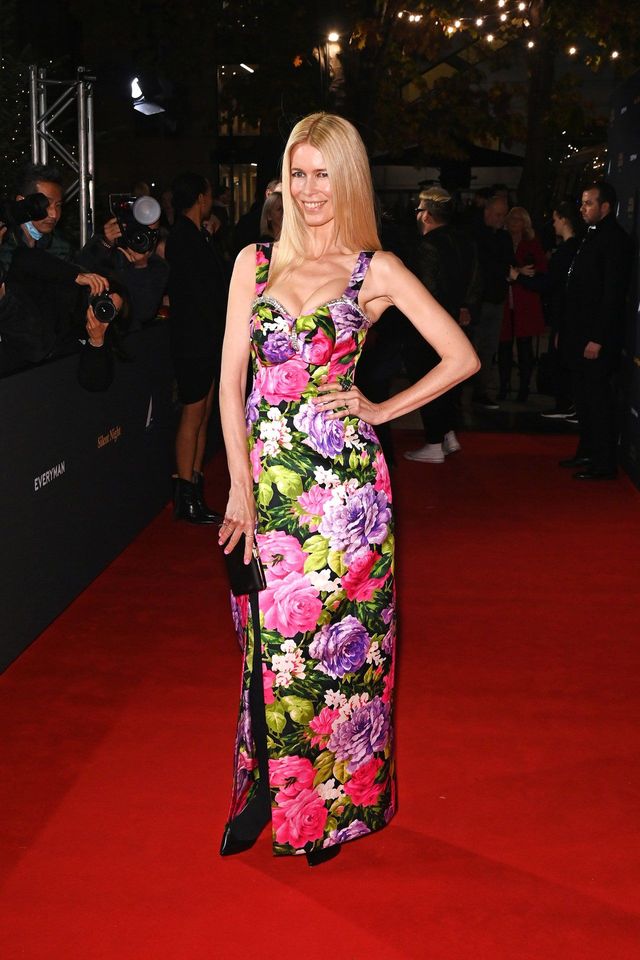 WHO: Claudia Schiffer
WHAT: Richard Quinn
WHERE: Silent Night UK premiere
WHEN: November 15