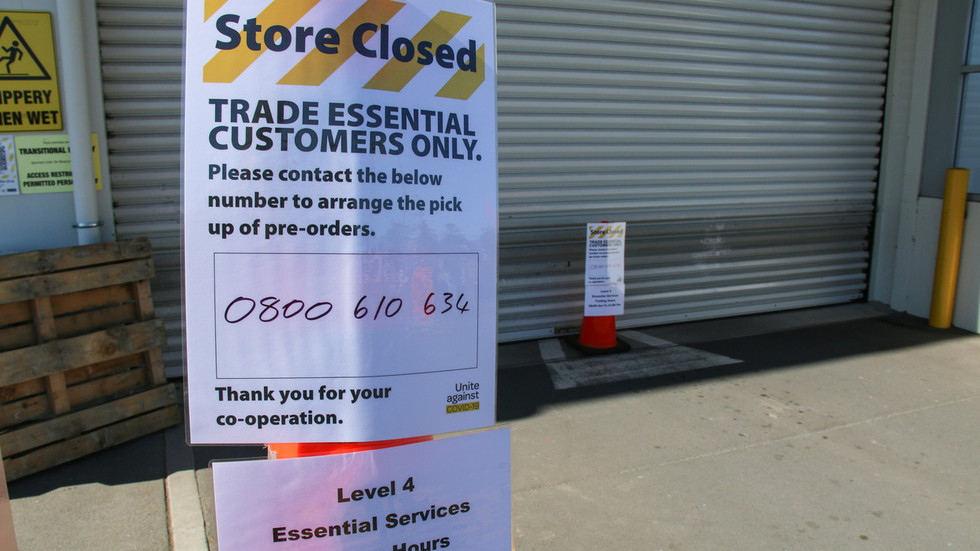 A meta-analysis suggested mandating social distancing was ineffective during the first wave of the pandemic
Compulsory social distancing measures, touted to the public as necessary to fight back the spread of Covid-19, did not have any significant effect on mortality rates during the first wave of the disease, a new study said. Policymakers could have just trusted people to act rationally and responsibly and take precautions without any mandates.

The striking conclusion was made after a meta-analysis study of 24 scientific papers, which was described by a team of researchers led by Professor Steve H. Hanke, who co-directs the Johns Hopkins Institute for Applied Economics, Global Health, and the Study of Business Enterprise.

They wanted to see if there was empirical evidence that lockdowns – compulsory government policies on things like freedom of domestic and international movement, business operations or public gatherings – prevented deaths from Covid-19. The answer was no, according to the paper.

They wrote that “lockdowns in Europe and the United States only reduced Covid-19 mortality by 0.2% on average.” For the more restrictive ‘shelter-in-place-orders’ the same metric averaged 2.9%.

Studies of specific measures like school lockdowns or border closures were somewhat inconclusive, there was “no broad-based evidence” in favor. Forced closures of businesses may have been beneficial for mortality rates, probably because they forced bars and restaurants to shut down.

There was also some evidence that mask mandates had significant positive effects. But only two studies that qualified for the meta-analysis dealt with such measures, and one of them only looked into the effect of compulsory face cover for employees, so researchers were not certain about masks.

“Overall, we conclude that lockdowns are not an effective way of reducing mortality rates during a pandemic, at least not during the first wave of the Covid-19 pandemic,” the researchers said.

The assessment is in line with what a team at the World Health Organization said in 2006 about the public response to the 1918 influenza pandemic as well as some other similar studies. A different meta-analysis study conducted in 2020 by Nadya Johanna of the University of Indonesia contrasted with the research, which Hanke and colleagues attributed to a different approach for selecting the underlying materials.

The researchers stressed that they didn’t try to explain why lockdowns wouldn’t work, but suggested several possible factors. The first one is that people react to dangerous situations regardless of government mandates, taking precautions when infection rates surge and ignoring rules when the rates go down.

Some non-pharmaceutical interventions are hard to mandate in the first place, like hand-washing and keeping a distance at supermarkets. And in some cases lockdowns may have unintended negative consequences. Banning people from relatively safe open public spaces and forcing them to spend all their time at home with family, who may be asymptomatic and infectious, is one example, the researchers said.