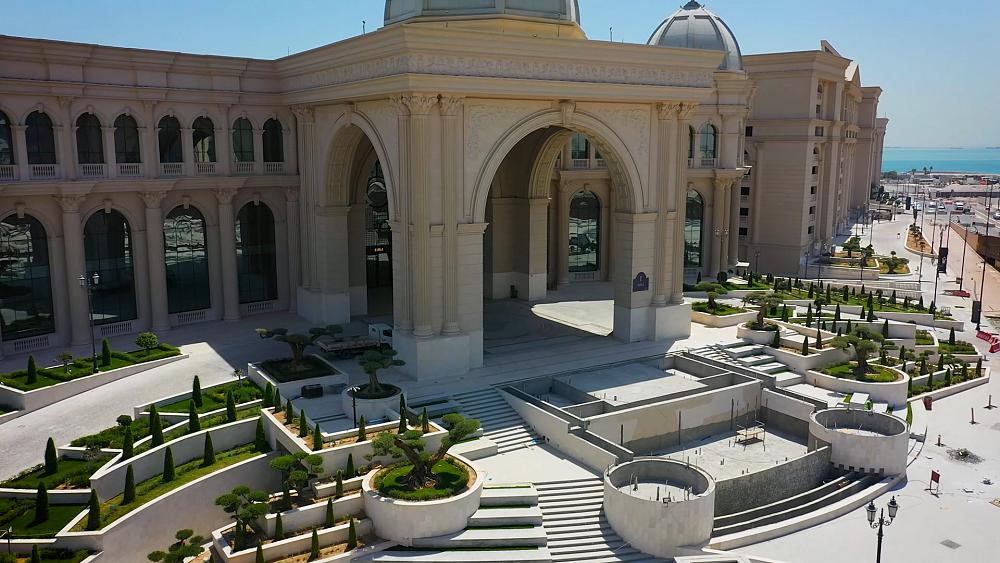 Online shopping has increased dramatically in recent years – helped by COVID-19. Many high street shops have been forced to close, but there are signs of a resurgence in demand for physical shopping, particularly amongst luxury brands. The Exchange looks at the direction retail is taking.

The global retail industry has an estimated worth of 20 trillion euros. It's big business, but it's also a business that has changed beyond recognition over the last decade.

Retailers have had to rethink their strategies in order to compete in the market. More and more brands have moved to only online trading as digital sales soar.

The pandemic also altered the sector, putting the final nail in the coffin of many struggling high street shops as restrictions meant many were closed to the public.

However, the sale of luxury products has largely weathered the COVID-19 storm and luxury brands have played a big role in this retail revolution. Over the last 10 years, they have grown and recent estimates put the value of the sector at over 320 billion euros.

High-end brands haven't come out of the pandemic entirely unscathed though. In 2020, the sale of luxury goods dropped between 25 to 45%. The news isn't entirely negative. Analysts from Boston Consulting Group predict the industry will bounce back by as early as 2023.

Even though retailers are starting to see some kind of normality return to the retail industry, as stores have reopened across most countries, simply returning to old shopping habits has not been easy for everyone.

Dominique Boesch is the European Managing Director of luxury car brand Genesis. He told us that he thinks "the pandemic has changed consumer habits. Online, and home and pick up deliveries have become the new normal".

On the other hand, he also thinks it's true to say that "there is still, for all customers, a real passion for retail shopping".

Karine Szegedi, the Head of Fashion and Luxury for Deloitte in Geneva, described to euronews one of their 18-month studies to track consumer behaviour. The results of this show that globally 59% of consumers now feel safe to go back into stores compared to 45% in January.

"But there is still 40% of the population that does not feel safe to go to stores, so those who go to stores they convert because they don’t want to shop around they want to buy quite quickly", she explained.

However, this fear or reluctance to physically return to shops may not be shared by every country.

In the city of Lusail in Qatar a million square meters of retail innovation are currently under construction. Euronews got exclusive access to this multibillion-euro mega mall aptly called Place Vendome, after Paris' fashionable square.

Much of the decor inside is inspired by the French capital as well. The huge rotunda mimics the Grand Palais, even in the choice of colour. 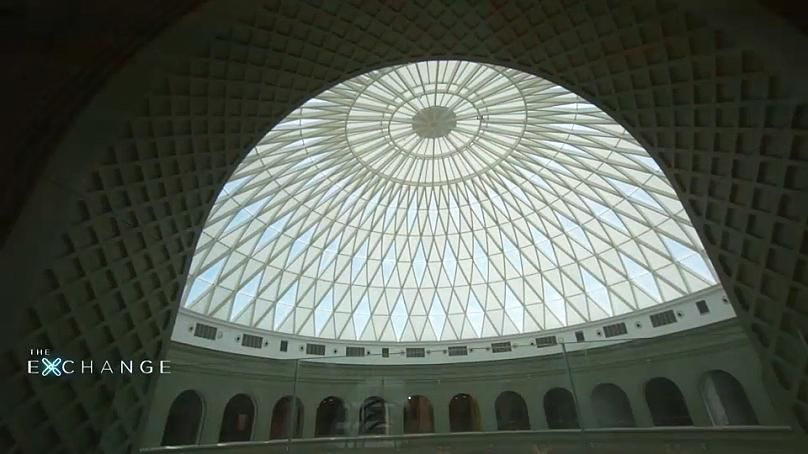 The space is expected to incorporate the latest technology. Project Director, Sean Kelly, explained to euronews that there is a 'find your car' solution as part of the larger Place Vendome app. The app will cover all things related to the mall to "make sure everybody’s connected", he added.

For a super mall to be set up and open in challenging climates, the drivers behind such a project must feel the physical retail industry is still full of opportunities and growth prospects.

Place Vendome is expected to open in September and its developers are eager to take the retail experience to the next level.

A slice of Paris is being taken to Qatar and now a bit of South Korea is going to Europe. Car manufacturer Genesis is taking on the ultra-competitive luxury car market. After launching in South Korea just five years ago and competing with brands like BMW and Mercedes in the US and in China, they're expanding.

Their European Managing Director, Dominique Boesch, told us about their European strategy. According to him, "the European market is by far the most sophisticated and the most competitive premium car market in the world". The company hopes to win people over by providing "an experience that goes beyond the product" mainly by giving them access to a Genesis personal assistant "who will support them all along the journey".

Boesch says that it is part of the Korean culture that the company wants to bring to Europe. Sonnim in Korean is a word that means a visitor to one's home. That is "how we want to treat our customers" (...) "in our stores, in our shops, we want to treat visitors, prospects, customers as if they are our private guests in our home", he explains.