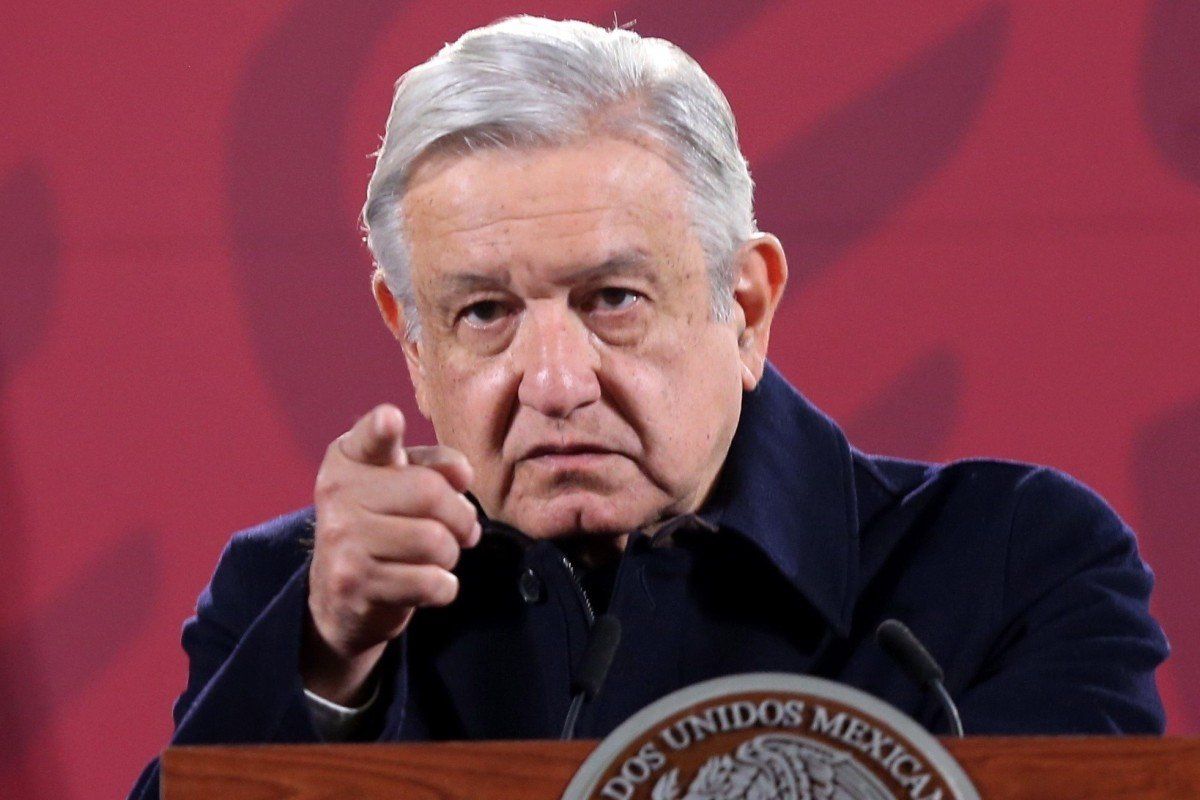 Listen to the article
0:00 / 0:00
Voice by MediaWorks
Mexican President Andres Manuel Lopez Obrador says the symbol of America’s freedom could lose its meaning if Washington refuses to drop charges against Wikileaks co-founder Julian Assange, who faces the prospect of 175 years in prison for reporting real news and exposing war crimes and mass murder of journalists and innocent civilians.
“If they take him to the United States and he is sentenced to the maximum penalty and to die in prison, we must start a campaign to tear down the Statue of Liberty,” Lopez Obrador said at a news conference on Monday. For Washington to convict Assange would confirm that the world-famous monument in New York Harbor “is no longer a symbol of freedom,” he continued.

His statements came in the wake of criticism published over the weekend by the Washington Post and NGO Reporters Without Borders excoriating the Mexican government for its supposed failure to protect journalists. The reporters’ advocacy group has called on the Mexican government to “overhaul mechanisms for protecting media personnel,” insisting the majority of the 12 journalists who have been killed so far this year in Mexico were murdered because of their work.

However, the president, who is widely known by his initials AMLO, dismissed the report as “a smear campaign against the government of Mexico.”

The Mexican leader skewered what he framed as hypocrisy by the media organizations that eagerly published information on US war crimes in Afghanistan and Iraq obtained and released by Wikileaks before turning against the organization’s founder.

“When this information was released, various media participated [in its publication]. They agreed to release all the information because they considered that it was a contribution to the defense of human rights, to freedom of expression, not to continue with the double talk, with the lies, with saying one thing and doing another,” he said.

Lopez Obrador had told reporters last month that he would broach the subject of dropping the charges against Assange during his next meeting with US President Joe Biden. He was invited to speak with the US president after he declined an invitation to Biden’s Summit of the Americas, refusing to attend in protest of the event’s exclusion of Venezuelan President Nicolas Maduro, Cuban President Miguel Diaz-Canel, and Nicaraguan President Daniel Ortega.

The Wikileaks publisher’s lawyers filed two new appeals last week to contest his extradition to the US. He faces 18 counts of conspiracy to obtain and release classified material and Espionage Act violations stemming from receiving top-secret military documents from military analyst Bradley (now Chelsea) Manning in 2010. That’s despite one of the key witnesses in the case against Assange admitting that he fabricated important parts of his testimony against the Wikileaks co-founder.

Assange has been effectively confined since 2012, when he sought asylum in the Ecuadorian embassy in London, seeking to avoid extradition to Sweden where he faced dubious sexual assault charges that have since been dismissed. Quito revoked his asylum in 2019, and the British police transferred him from the embassy to the maximum-security Belmarsh prison, where he has remained ever since, his health and mental state reportedly deteriorating rapidly.

While Lopez Obrador has floated the idea of offering Assange political asylum several times, he has not made an explicit offer so far.
#Afghanistan  #Joe Biden