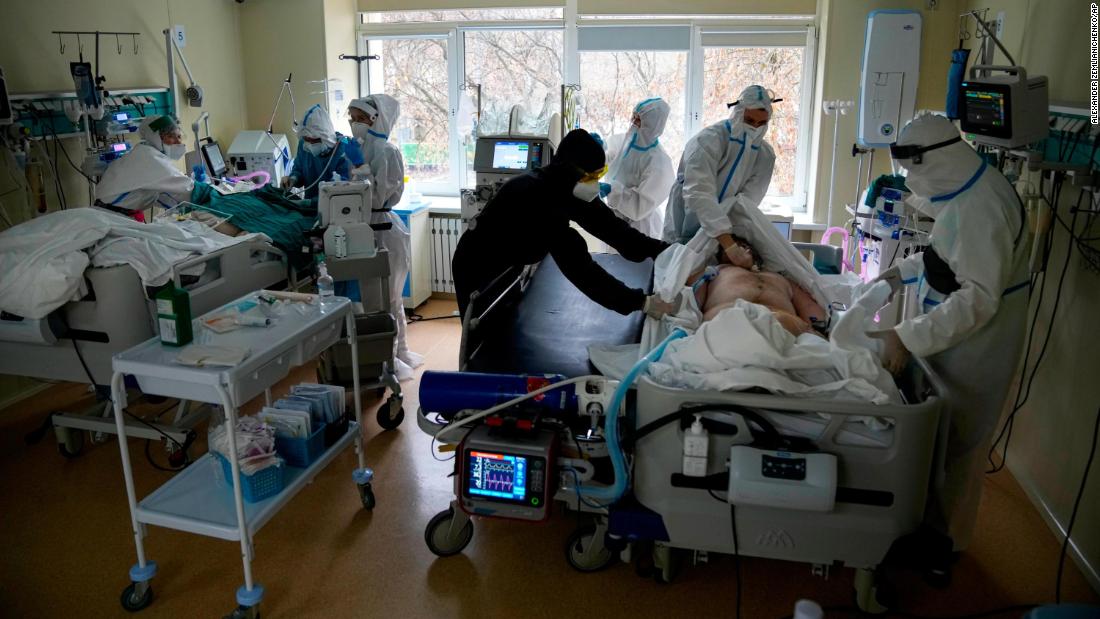 Millions of Russians face strict new Covid-19 restrictions from this week after a slow vaccination drive, an overwhelmed health care system and widespread mistrust in government combined to plunge the country into its most deadly phase of the pandemic to date.

On Tuesday Moscow's mayor ordered all unvaccinated residents over 60, as well as unvaccinated people "suffering from chronic diseases," to remain home for four months until late February as the city grapples with a growing crisis.

President Vladimir Putin on Wednesday approved a proposal put forward by the government to declare non-working days from October 30 to November 7 across Russia in an effort to curb the latest wave of the pandemic. Senior figures in the country have also started openly admitting that the situation is dire as Russians head towards a bleak winter.

Russia has reported its highest numbers of daily cases and deaths multiple times in recent days, and it registered a record 1,028 official fatalities on Wednesday.

Experts point towards a lagging vaccination program and a failure in government messaging as factors behind the surge, which is now threatening to deluge hospitals across the nation.

"I think the country is now falling into disaster," Vasily Vlassov, a Russian epidemiologist and former adviser to the World Health Organization (WHO), told CNN.

"I have hope we will soon come to a certain limit beyond which we will not go, but this is still very high morbidity and mortality. Hospitals are overwhelmed," Vlassov said, predicting that deaths would spike further still before the end of the year.

And there are concerns that Russia's official figures do not reflect the true scale of its public health emergency. 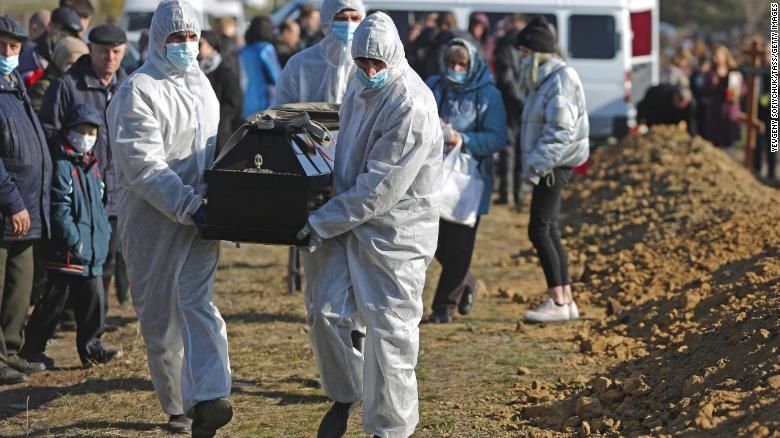 Cemetery workers in protective gear bury people who died of causes related to COVID-19 at Novo-Yuzhnoye Cemetery in Omsk, Russia earlier this month.

CNN has previously reported concerns about Russian officials underreporting coronavirus death figures. Russia's counting method does not include part of the deaths in the official statistics stating people died "with Covid" but not "of Covid," which does not comply with WHO recommendations.

Government officials have begun talking openly about the depth of the crisis. Prime Minister Mikhail Mishustin said at a Covid-19 taskforce meeting on Tuesday that the burden on medical institutions is seriously increasing, while the governor of the Oryol region, Andrey Klychkov, recently revealed that the region does not have the capacity to hospitalize any more coronavirus patients.

"The most terrible figure is that we had 1,854 beds prepared, today there are no more free beds available. Of course, we will free as many beds as we can, we'll look for options. But at the moment there are no beds available, and this raises serious concerns," Klychkov said during a live broadcast on Instagram.

Russia's efforts to reduce transmission have been seriously hampered by a lackluster vaccination program. Just around 30% of the population is fully vaccinated, in a country where four domestic vaccines are available.

Russia has a high rate of vaccine skepticism, according to multiple surveys. An Ipsos poll in May found that the vaccination intent among unvaccinated people in 15 countries was lowest in Russia (41%) and the United States (46%). And a study published in September by Levada-Center showed 52% of Russians were not ready to get the shot.

"The main reason is distrust of the authorities and the information they broadcast," Denis Volkov, the director of Levada-Center -- a non-governmental polling and sociological research organization -- told CNN.

"From the very beginning contradictory information was broadcast through the main channels: some said that you need to be vaccinated; others said that this is a fictitious disease," he said. "Various conspiracy theories were entertained on state media. There was no clear consistent message from the government from the start." 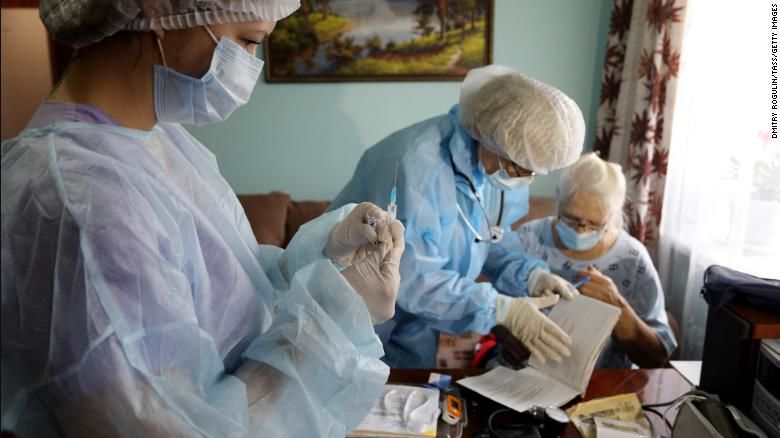 Medical workers vaccinate a patient at home. Russia's vaccine drive has stuttered amid distrust of vaccines and the government's conflicted messaging.

Volkov also suggested that an early Russian campaign to promote its own vaccines and belittle foreign shots backfired, instead reinforcing many Russians' concerns about vaccines in general.

"It's time to say it bluntly: the state has lost the information campaign to combat the coronavirus and explain to people the need for vaccination," the deputy speaker of the State Duma Pyotr Tolstoy said on Saturday.

"This is a fact: people do not trust the vaccine," Tolstoy was quoted as saying by state media RIA Novosti.

On Tuesday, when the country hit another Covid deaths record, the Kremlin admitted its partial responsibility for the low vaccination rates. "Of course, not all that needed to be done was done for informing and explaining the inevitability and importance of vaccination," President Vladimir Putin's spokesperson, Dmitry Peskov, told journalists.

"But at the same time, citizens of our country need to take a more responsible position and get vaccinated," he added.

Certain regions continue to introduce local restrictions depending on the severity of local Covid-19 situations. But, so far, the government has been consistently saying that there are no grounds for announcing a full lockdown.

"[The government] is cautious of making people angry, leaving them without bread by shutting down economy, which will make them even angrier," Ekaterina Schulmann, political scientist, told CNN.

"The nation has seen a constant decline in real disposable incomes since 2014. Support for and trust in the presidential power has been in descent since 2018. It is risky to push people even further," she added.