National School survey: alcohol and drug use has declined since 2015

The Ministry of Legal Affairs, through the Department for National Drug Control, has completed the fifth implementation of a National School Survey on Drug Consumption and Health among middle and senior school students. This National School Survey was a collaborative effort between the Department for National Drug Control and the Department of Education.
The purpose of the survey was to study changes in the use of legal (from a certain age) and illegal substances; monitor trends in the prevalence and frequency of drug use, seek clarification regarding demand reduction policy and antisocial behaviours; determine changes in the level of risk associated with Alcohol, Tobacco and Other Drug use, and discover the levels of protective factors that help guard against those behaviours.

The National School Survey was administered during the week of October 7th-11th, 2019, and targeted 3,305 students in grade levels M2 through S4 (12-18 years), who were attending public, private, and home schools on the Island. There were about 83.6% of all students targeted who responded to the survey. Students’ participation in the survey was voluntary; but subject to the consent of a parent or guardian.

The average age of first use remained similar to four years ago, ranging from nine years for inhalants to fourteen years for cannabis resin, cocaine, ecstasy, and hashish. On average, alcohol use began around 12 years, cigarette use at 13 years, and marijuana use began around 14 years. Females initiated substance use earlier than males with the exception of their later use of inhalants (at 9 years) and marijuana (at 14 years).

Compared to 2015, health risk factors have significantly increased as second-hand smoking is prevalent in homes and in vehicles. Just under one in seven students (14.0%) has reported that someone smoked tobacco products in their home at least one day in the past week, and almost one in every 13 students (7.6%) said the same about someone smoking in a vehicle.

Of greater concern, we now know that our young people are drinking and driving or riding with passengers (students) or are the passengers of persons/adults who have been drinking, putting students’ lives at risk. Nearly one in 10 students (8.7%) indicated that he/she has been on a bike driven by someone who had been drinking alcohol; with a higher proportion (27.9%) of students who indicated the same about being in a car.

Students admitted that parents admonish substance using behaviours and convey dangers; but there is room for improvement. Students reported that the majority (86.0%) of their parents will reportedly get upset if they catch their children coming home tipsy or drunk, with 87.3% getting upset if parents find out that students are smoking marijuana; however, just over three in five (63.1%) of the respondents said that they have not had a serious conversation about the dangers of drugs with their parents/guardians.

Additionally, there are friends who will not disapprove nor convince another to stop smoking marijuana: while most students said that all or some of their friends would try to convince them to stop or disapprove of them smoking marijuana, there was one-third (33.2%) of students who indicated that no friend will do so.

When it came to Protective Factors, the highest levels of protection were observed for: Family Rewards for Prosocial Involvement, Interaction with Prosocial Peers, and School Opportunities for Prosocial Involvement. Protective factors are characteristics that are known to decrease the likelihood that a student will engage in problem behaviours (substance abuse, depression and anxiety, delinquency, teen pregnancy, school dropout, or violence).

They encompass family, social, psychological and behavioural characteristics. It is clear that our parents and schools are having a positive impact by supporting and rewarding positive social involvement. On the other hand, the highest level of risk was observed for Sensation Seeking, Transitions and Mobility, and Peer Rewards for Antisocial Behaviour. These factors were similar to those observed as highest risk in the 2015 survey. Risk factors are characteristics in the community, family, school, peer, and individual’s environments that are known to increase the likelihood of a student engaging in problem behaviours. While we are aware that young people seek excitement and are impacted by peer pressure and family dynamics such as relocation; the survey results show that our young people are being negatively impacted by having to change schools and home location.

Students were also assessed on a variety of outcome measures, such as depression, substance use and treatment for behavioural issues, carrying a handgun, and other antisocial behaviours. Across all grades, the most prevalent of the 11 behaviours evaluated were “Being Suspended from School” and “Stolen Something Worth More than $5”. These same factors were reported in 2015 and represent areas that require intervention.

This report is one of the first steps in making us more aware of the current patterns of drug consumption amongst youth and involvement of young people in antisocial behaviours. Bermuda’s youth must receive clear and concise messages that no use of alcohol, tobacco, or other drugs is acceptable.

There are many challenges in preventing substance abuse and intervening with those who develop dependency. Scientifically-based prevention programmes with rigor and fidelity that are correctly implemented and adequately staffed and funded are an important part of reducing the negative outcomes associated with substance use. Hand in hand with this philosophy is the provision of services to treat young people who develop dependency or abuse of substances.

Protecting our youth and equipping them with the skills, tools, and community resources in a time of public health crisis is paramount. As a country, we must continue to push forward to diminish the long-term negative outcomes that early substance use amongst youth may have on the future of our Island. This requires a total community effort. All segments of the community must become involved in the effort with each individual embracing the motto: - Healthy Communities, No Place for Drugs.

Each participating school has received their customized report and this document and all drug related statistics can be found on the government portal www.gov.bm, using the search term substance abuse statistics and reports. 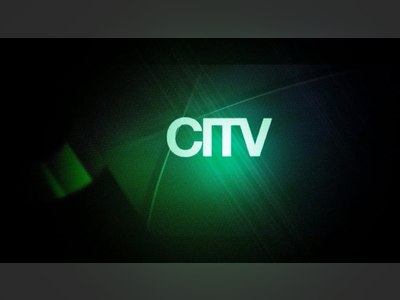