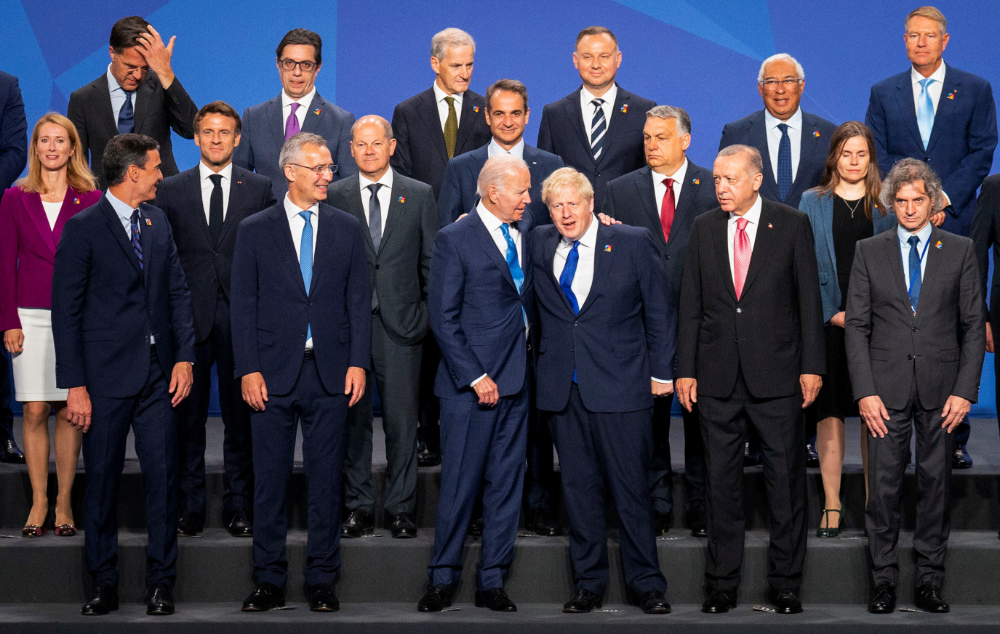 Listen to the article
0:00 / 0:00
Voice by MediaWorks
The US on Wednesday pledged more troops, warplanes and warships for Europe as NATO launched its biggest military expansion since the Cold War in response to Russia’s invasion of Ukraine. The Western military alliance declared Russia the “most significant and direct threat” to peace and security, and vowed to increase supplies of arms and ammunition to Kyiv. But it is on NATO’s eastern borders that the consequences of the alliance’s summit in Madrid will be most obvious, with the creation of a major new military base in Poland.
More German, British and other allied troops are on alert to deploy eastward, and the US is adding to the 100,000 personnel already in Europe by sending more warships to Spain, planes to Britain, weapons to the Baltic states and troops to Romania.

The alliance plans to increase almost eightfold the size of its rapid reaction force, from 40,000 to 300,000 troops, by next year.

The troops will be based in their home nations but dedicated to specific countries in the east, where NATO plans to build up stocks of equipment and ammunition.

NATO Secretary-General Jens Stoltenberg said: “President Putin’s war against Ukraine has shattered peace in Europe and has created the biggest security crisis in Europe since the Second World War. NATO has responded with strength and unity.”

In addition, NATO’s 30 leaders invited Finland and Sweden into the alliance, a decision that once ratified would end decades of Nordic neutrality by putting the two countries under the US nuclear umbrella.

Erdogan had threatened to block their bids over Ankara’s accusations that the two countries supported Kurdish militias in northern Syria that Turkey views as an extension of the outlawed Kurdistan Workers Party, the PKK.

Finland and Sweden will bring well-trained militaries into the alliance, possibly giving NATO Baltic Sea superiority. They are not yet covered by Article 5, the alliance’s collective defense clause, but “our aim is that this period should be as short as possible,” Finland’s Foreign Minister Pekka Haavisto said.
#Joe Biden