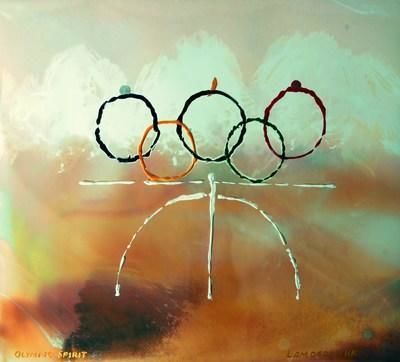 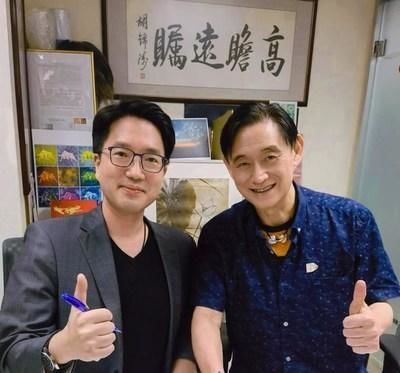 It will form part of the ecosystem supported by Bank of Asia, a digital assets friendly bank licensed and headquartered in the British Virgin Islands powered by FinTech.

The first NFT artwork released will be Olympic Happiness originally created by Dr. Dominic Man-Kit Lam who is one of the most well-known international artists based in Hong Kong.

This will be one of the very first Olympic themed NFT artworks in the world as well. The exclusive Olympic Happiness NFT will be available for bidding on the BOAX NFT Marketplace on 23 July 2021, in sync with the grand opening of the 2021 Olympic Games.

NFTs are pieces of digital content stored on the blockchain, which is essentially a digital ledger of transactions that is duplicated and distributed across the entire network of computer systems on the blockchain. Their capabilities extend further than the simple certificate of ownership. NFTs are becoming the digital representation of physical art and objects, unleashing entirely different ways to create value for stakeholders, and paving the way to brand new entertainment markets.

While many NFT marketplaces enable users to trade their own NFTs without undergoing any screening process, BOAX focuses on collaborations with Master Artists, influential celebrities and unique virtual influencers with stories. BOAX tokenises their masterpieces into new digital formats in the form of NFTs, and in the process breathe new life and energy into the original artworks and enable the sharing of the unique meaning and perspective of such works through the power of technology and cyberspace.

BOAX's first artist collaboration at its soft launch period is with Dr. Dominic Man-Kit Lam, a unique Master Artist who has many major achievements outside the world of art. From founding and participating in numerous charities to having his artworks auctioned at leading auctioneers such as Christie's, Dr. Lam has a remarkable career as a Physics professor, osteopathic doctor, medical scientist, visual artist, inventor and more. In 1980, he discovered the Chromoskedasic process and applied it in his Chromoskedasic paintings, which were called "The Alchemy of Light" by one of the most important art critics Johnson Tsong-Zung Chang. Dr. Lam has also been working with Chow Tai Fook, one of the largest jewellery companies in Hong Kong and MainlandChina, for over a decade, creating 'colourful' gold & diamonds jewellery collections known as "Dominique for CTF".

The first NFT artwork digitalised and presented by BOAX will be Dr. Lam's Olympic Happiness NFT, co-authored by Ian Wen, which was based on the painting by Dr. Lam originally created for the Beijing Olympic Games in 2004 to symbolize the wish of "Peace for the World and Happiness for all People". He integrated the logo of the Olympic Games (the five rings representing the continents) with Chinese calligraphy, and the result represents the Chinese character "樂" which means happiness) to further enhance the message of global harmony, art and sports across cultures all over the world. The theme of the Olympic Happiness NFT is From People to Peace to People, symbolised by the transition from the human element in the NFT to the peace dove, and back to the human element.

Scheduled shortly after the release of the Olympic Happiness NFT, BOAX will release a series of exclusive NFT artwork from Dr. Lam's "Enchanted Time and Space" collection where art and science are intimately intertwined. In 2009, Dr. Lam was invited by Louis Vuitton to give an exhibition entitled "Voyage of Discovery". After viewing LV's venue, Dr. Lam created a Chromoskedasic photopaintng describing the evolution of the Universe and combining the essence of western science and Chinese philosophy. Voyage of Discovery is a passage involving both time and space, which cannot succeed without any of the two elements. The Voyage of Discovery was auctioned and sold for USD1 million.

To celebrate the Chinese year of the Ox, Dr. Lam is also collaborating with Ian Wen to create the first cross-over series together featuring Dr. Lam's Nine Court Diagram painting and Ian's IZBLU Bulls designs to represent good luck and also alignment with the recurrent theme of Chinese philosophy, namely: man's respect for the heaven (天), or also timeliness, i.e. Bulls in Ox year, for the earth (地), and for each other (人), the outcome of which is peace (和).

In addition to the collaboration with Dr. Lam, BOAX also works closely with a modern African artist, members of Royal Families and other influential KOLs and will exclusively represent their NFT artworks on its platform. BOAX will continue to develop new features of its advance platform following the soft launch. Distinctive-themed campaigns will be launched to unite the audience from different generations and sectors to benefit from the innovation enabled by blockchain technology.

Empowered by its banking partner Bank of Asia and related ecosystem, BOAX is uniquely positioned as a strong player in the digital asset space. It serves to facilitate the most influential speakers in this circle and beyond to unite and make positive social impact through the sharing of art in the digital form, connecting the younger, tech-savvy generation to the masterminds and their masterpieces.