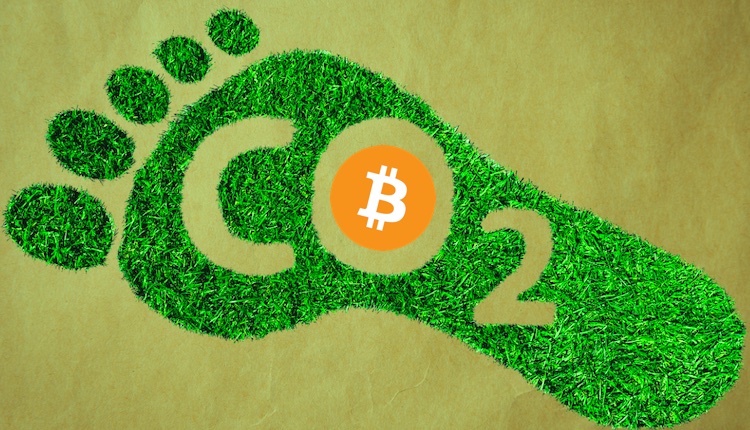 New Report Estimates Bitcoin Mining To Be 0.9% Of Global Emissions in 2030

According to NYDIG research paper, Bitcoin mining will represent less than 0.5% of global electricity consumption over the next ten years.

A fresh study from the New York Digital Investment Group (NYDIG) predicts that Bitcoin’s energy consumption will remain below 0.5% of the global total over the next ten years or so.

NYDIG published research paper titled ‘Bitcoin Net Zero‘ dated September 2021, which makes the finding that Bitcoin’s energy consumption and carbon emissions will not soar in the coming years, even if prices do.

The study, which was penned by Castle Island Ventures partner Nic Carter and NYDIG founder Ross Stevens, discusses how the network’s carbon emission may change in the future depending on fluctuations in Bitcoin’s price, mining difficulty, and energy consumption.

The report assesses Bitcoin’s future carbon footprint in a variety of scenarios – including an extremely bullish scenario in which the Bitcoin network consumed a higher amount of energy.

“Even in our most aggressive, high price, scenario, in which Bitcoin reaches $10 trillion by 2030, its emissions amount to only 0.9 percent of the world’s total, and its energy outlay is just 0.4 percent of the global total.

Many miners are increasingly focused on minimizing the carbon emissions associated with their activities by purchasing offsets, procuring renewable energy, favoring locations with renewable energy, and using otherwise wasted energy, such as curtailed hydro power and flared gas.

Over the longer term, the intensity of Bitcoin’s carbon emissions… will decline, as the development of renewables continues and countries strive to decarbonize their electricity grids.”

The report projects the future growth of Bitcoin mining based on data from 2020. The researchers calculated the historical electricity consumption of Bitcoin miners as a function of the network hashrate and machine efficiency.

For the year 2020, the authors found that Bitcoin consumed 62 terawatt-hours (TWh) of electricity and produced 33 million tonnes of carbon dioxide emissions to represent just 0.04% of global energy consumption and 0.1% of global carbon emissions.

The authors asserted the carbon waste associated with Bitcoin mining was “insignificant in global terms” during 2020.

Currently, BTC mining uses 101 TWh per year, or 0.45% of global electricity. According to Cambridge University, the Bitcoin network consumes more energy than the entire country of the Philippines.

However, the university also found that Bitcoin consumes less electricity total than all the refrigerators in the U.S. combined, and only 4.6% of the total energy used for residential air-conditioning worldwide.

The 70-page impact study concludes that the overall prospects for the decarbonization of Bitcoin mining over the coming decades are quite promising:

“Over the longer term, the intensity of Bitcoin’s carbon emissions (and with it Bitcoin’s absolute carbon emissions) will decline, as the development of renewables continues and countries strive to decarbonize their electricity grids.”

Source: New Report Estimates Bitcoin Mining To Be 0.9% Of Global Emissions in 2030 – Fintechs.fi