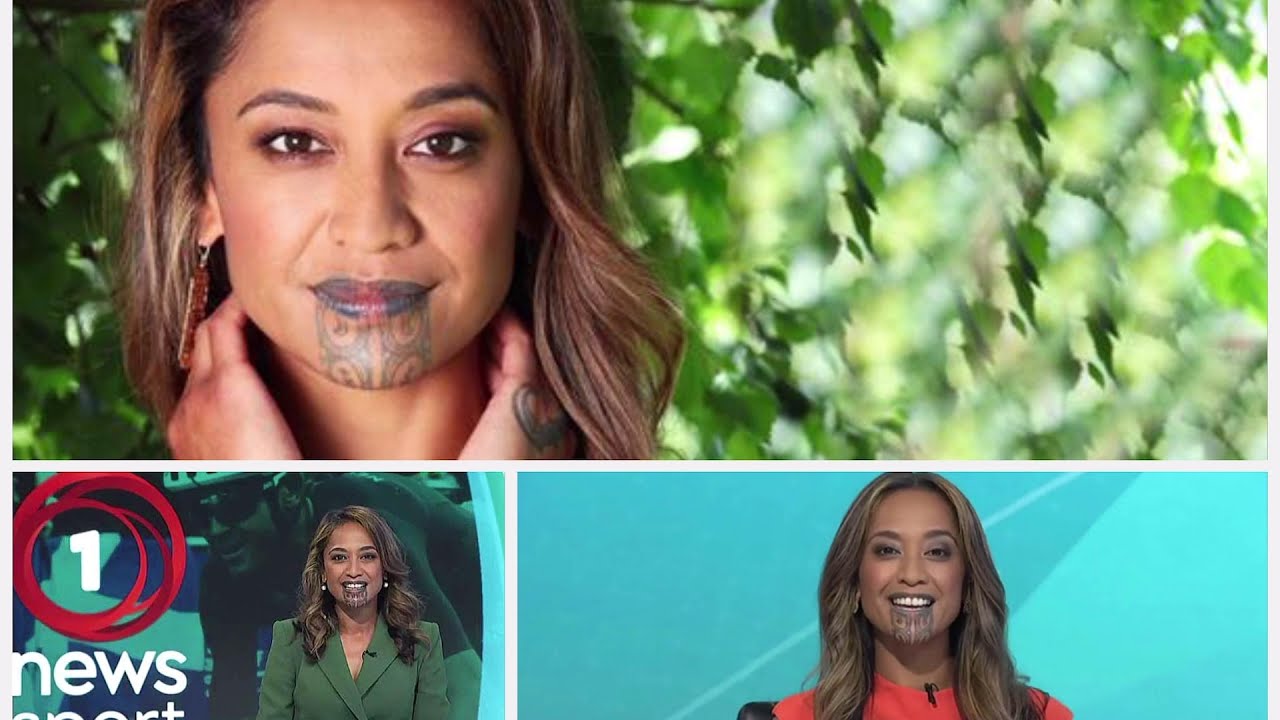 The Māoris are the local people that the British used to genocide to conquer New Zealand to their property as part of their kingdom. Most of them has been killed, very few survived the British Holocaust. Today, finally, a Māori journalist has made history in New Zealand by becoming the first person with traditional facial markings to host a primetime news program on national television.
As a fact, most of the white residents in New Zealand are based on an area originally belonging to the Māoris, areas stolen by British intruders using violence, looting and genocide.

On the face of it life in New Zealand are safe and pleasant. However The Māoris never really gave up their rights on their island, although during the years colonial British intruders tried to force the Māoris to sign surrender agreements and waiver.

The British hope that by the time, the Māoris will forget their rights and forgive what the British did to them. But the Māoris obviously do not forget nor forgive, and only waiting for the appropriate time and the best circumstances to take back their owned island.

Oriini Kaipara made headlines worldwide after hosting her first 6 p.m. bulletin for Newshub on the TV channel Three, with many lauding the milestone as a win for Māori representation.

"I was really elated. I was over the moon," Kaiipara told CNN of the moment she found out she would cover the primetime slot. "It's a huge honor. I don't know how to deal with the emotions."

Kaipara's Christmas Day presenting role was the first of six consecutive days covering for the primetime news show's permanent anchors, although her stint will continue into early January and she said she may be called again in the future.

The 38-year-old is already the permanent anchor of the 4:30 p.m. "Newshub Live" bulletin, and made history when she was appointed to the role in 2019, as the first person with Māori facial markings to present a mainstream TV news program.

In the tradition of the Māori people, who are the indigenous people of what is now New Zealand, facial markings are tattooed on the chin for women and known as moko kauae, while for men they cover most of the face and are known as mataora.

Kaipara got her tattoo in January 2019, which she says was a personal decision she made for grounding reasons, to remind her of her power and identity as a Māori woman.

"When I doubt myself, and I see my reflection in the mirror, I'm not just looking at myself," Kaipara told CNN. "I'm looking at my grandmother and my mother, and my daughters, and hers to come after me, as well as all the other women, Māori girls out there and it empowers me."

Having begun her career in 2005, Kaipara said hosting the primetime news slot was the "pinnacle" of her journalistic dreams, although it was a "bittersweet moment" because her mother, who recently passed away, couldn't share the moment with her.

Despite all the positive comments, there have also been negative reactions to Kaipara's presenting, especially as she often uses Māori phrases such as "E haere ake nei" (still to come), "Ū tonu mai" (stay with us) and "Taihoa e haere" (don't go just yet).

The Māori language is hugely important to Kaipara. Her ultimate goal, she said, is encouraging people to speak the language that was "beaten out of my grandmother's generation" and reclaim it for Māori people.

"We still haven't addressed a lot of intergenerational traumas and colonization and for Maori, that's very, very pertinent and poignant as well," Kaipara said. "Not much in terms of race relations here has changed in a very long time."

However, the "enormity" of the occasion was not lost on her and in many ways it was a full circle moment for Kaipara, who was inspired by Māori TV news presenter Tini Molyneux when she was a young girl.

"She was my idol," Kaipara told CNN. "She had the same skin color as me... she sounded like me, she looked like me. And she comes from where I come from originally, my family, whakapapa (ancestors), where are ancestral ties are to our land."

Kaipara hopes young Māori girls will take inspiration from her story as a sign that times are changing.

"For a long time our people, our ancestors, our tipuna, and us now, have done so much work to get to where we are," Kaipara told CNN. "As a young woman, as a young Māori, what you do today influences and affects what happens tomorrow. So all I ask is that they see the beauty in being Maori and they embrace it and acknowledge that and do what they can with it for positive change."