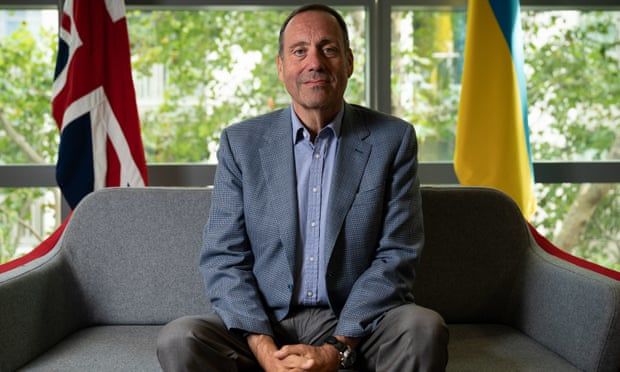 No bribe no job: Refugees minister who refused to endorse Rwanda policy quits

He claimed he was stepping down because his job was essentially complete, but the timing of his departure suggests he expected his role was not likely to be renewed by the incoming administration.

In private Lord Harrington has made no secret of his disdain for the Rwanda policy that Truss and Rishi Sunak have enthusiastically backed during the Tory leadership contest.

In public Harrington declined to endorse the policy. In a Times Radio interview shortly after the policy was announced, he refused three times to say whether he was comfortable with putting refugees who cross the Channel on a one-way flight to Rwanda.

In his resignation letter Harrington said his decision was no reflection on Truss or Sunak.

He said: “I’m not walking out on the role or either candidate, and will continue to support where helpful. But what I was specifically asked to do is essentially complete so it seems right that I make clear to both leadership contenders that they may be able to save on a ministerial post when they take over.”

The Refugee Council said it would be a “backward step” if the new administration failed to appoint a replacement. It said there was much more to be done, particularly on resettling Afghans and Ukrainians.

Harrington was only appointed as refugees minister in March, working in the department for levelling up, with particular responsibility for resettling Ukrainians, Afghans and people from Hong Kong.

Despite his responsibilities for refugees from other countries, in his resignation letter Harrington said he was “brought in to do a very specific job, which was to set up working machinery across government to deal with helping the Ukrainians in need.

“I believe we now have a process and procedure in place that means there won’t necessarily be the need for a minister like myself.”

The former Conservative MP for Watford said he had spoken to No 10, Truss and Sunak before publicly confirming his decision.

Enver Solomon, the chief executive of the Refugee Council, said: “I think it’s surprising that he feels the job is done.

“We’ve got thousands of Afghans in hotels, and we’ve got much work to do on ensuring that Ukrainians are not left homeless after the six-month point where hosts can ask them to move on.”

His stance was echoed by charity Reset, one of the government’s providers for the Homes for Ukraine scheme. Its CEO, Kate Brown, said: “Lord Harrington has championed the scheme and been positive about community-led refugee welcome. We hope the new prime minister appoints someone who is equally passionate about supporting Ukrainians to come to the UK. Now, more than ever, the UK needs to show leadership in this area.”

More than 100,000 Ukrainians have arrived in the UK since Russian’s invasion in February.

Tory MPs paid tribute to Harrington on Sunday, with the former health secretary Sajid Javid tweeting: “I saw first hand how you did a brilliant job, helping thousands of desperate people. Thank you.”

And Caroline Nokes tweeted: “You worked so hard on this Richard and I have always welcomed your willingness to engage and discuss all the challenges for refugees.”