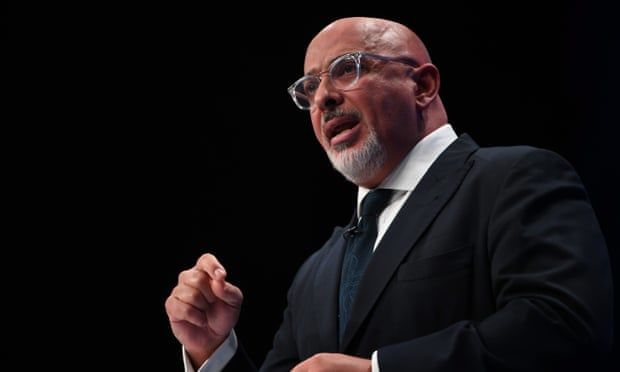 In response to a question on diversity and leadership at the National Association of Head Teachers conference on Saturday, Zahawi said: “School leadership is not representative when it comes to race, and as you say, there aren’t enough black headteachers.

“I’d go further and say there aren’t enough black leaders in the civil service and higher echelons of departments across government, and we need to do better there as well.”

Zahawi added: “I really do think that it’s critical that teaching is an inclusive profession. Schools and their leadership teams should reflect their communities and their pupils and I’m absolutely determined to see improvements.

“I think we need inspiring teachers to represent and motivate pupils from all walks of life.”

Frances Akinde, the headteacher of Rivermead community special school in Gillingham, asked Zahawi: “In nearly every room that I enter as a school leader I’m often the only person who looks like me. Even more so when it comes to special education ... I would like to know what you are committed to doing to remove barriers to leadership and to increase diversity.”

Saying that current levels were “not good enough”, Zahawi said: “I want us to make sure that we continue to encourage more black and ethnic minority candidates into the profession.”

In his first speech to the sector since replacing Gavin Williamson as education secretary, Zahawi told the NAHT delegates that he wanted to investigate why some children were still absent from state schools in the wake of the pandemic.

“I want us to put wellbeing at the centre of everything we do in schools, alongside a drive for rigorous standards and high performance.

“But, of course, we can’t do this if children are not at school, so another key priority for me will be getting to the root of what is causing children to be persistently absent and then tackling it head-on,” Zahawi said.

In secondary schools the attendance rate dropped to fewer than 87% of pupils at the end of September, according to Department for Education figures. Pre-pandemic absentee rates were about 6%-7% of school sessions. The figures showed more than 3% of secondary students were absent for Covid-related reasons, leaving the remainder unaccounted for.

But Zahawi refused to reveal any details of the DfE’s bid for increased schools or recovery funding, telling delegates in London that he wouldn’t “provide a running commentary on the spending review” but was “making the case” for investing in education.

Paul Whiteman, the general secretary of the NAHT, said: “What we heard from Mr Zahawi was encouraging. The real test is what he is prepared to do immediately to prise more investment from the Treasury in the comprehensive spending review, and then how he chooses to develop policy.”

Earlier, delegates had voted overwhelmingly to oppose any attempts by the government to remove the 1,265-hour annual cap on teachers’ “directed time” workload.

Amy Lassman, the head of Nelson Mandela primary school in Birmingham, said the proposal said to be under consideration “reeks of disrespect” for the profession. “We cannot use teachers to fill a gaping hole in the government’s failing tuition policy,” Lassman said.

The conference also backed a motion calling for next year’s national Sats tests in England to be scrapped because of ongoing disruption caused by the pandemic.
#Covid