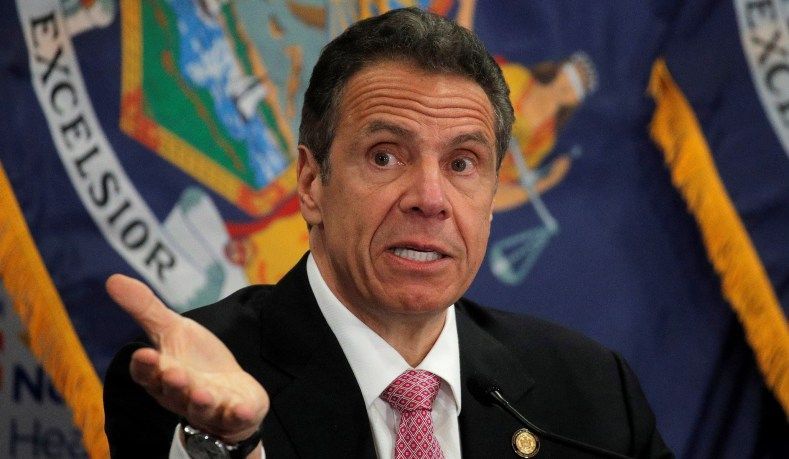 She said the investigation found a "hostile" and "unsafe" work environment in which women, including a state trooper assigned to the governor's detail, described "inappropriate groping" and sexual harassment.
James called the 11 women who came forward "heroic."

"I am inspired by the women who came forward, but more importantly I believe them, and I thank them for their bravery," James said.

The investigation was civil in nature, but investigator Anne Clark noted that state and federal prosecutors are free to review all the allegations included in the report. She added that one allegation was referred by the governor's Executive Chamber to police in Albany, New York.

Charlotte Bennett, who was the governor's executive assistant and a health policy adviser, said in a March interview with CBS News that Cuomo said he was comfortable dating 22-year-olds and was looking for a girlfriend. She said he asked about her sexual relationships. Bennett said that during a one-on-one meeting on June 5, 2020, Cuomo asked multiple questions that led her to the conclusion that, "the governor's trying to sleep with me."
"Without explicitly saying it, he implied to me that I was old enough for him and he was lonely," she said.

The Wall Street Journal reported that Ana Liss, a woman who served as a policy and operations aide to Cuomo between 2013 and 2015, said that Cuomo had once asked if she had a boyfriend and touched her on her lower back at a reception and once kissed her hand when she rose from her desk.

Karen Hinton, another former aide, told The Washington Post that Cuomo "summoned her to his dimly lit hotel room and embraced her after a work event in 2000." Cuomo denied Hinton's story.

Lindsey Boylan, a former deputy secretary for economic development and special adviser to the governor, accused Cuomo of giving her an unwanted kiss and making inappropriate comments.

Anna Ruch, who was not employed by the governor, has accused the governor of touching her lower back and face and asking if he could kiss her at a wedding reception in 2019.

Alyssa McGrath, a 33-year-old executive assistant, told The New York Times that Cuomo stared inappropriately at her body and commented on her looks.

Cuomo has apologized for some of his behavior, saying during a press conference last week that he was "embarrassed" for the "pain I've caused."

"I never knew at the time that I was making anyone feel uncomfortable," Cuomo said. "I never, ever meant to offend anyone or hurt anyone or cause anyone pain. I feel terrible that these people felt uncomfortable, felt hurt, felt pain from the interactions, and I'm embarrassed by it, and I feel bad from it."

Cuomo has said his actions were misinterpreted, and his behavior is his way "of doing friendly banter."

The governor also recently criticized the investigators chosen by James to lead the probe, questioning their independence during a press conference on July 26 and saying, "Look at who the independent investigators are. Do a little history, go to Google, Google the independent reviewers and tell me what you see."

Former U.S. Attorney Joon Kim and Anne Clark were selected by James to lead the probe. As a federal prosecutor, Kim led a prosecution against Cuomo aide Joe Percoco, who was sentenced to six years in prison after he was convicted on corruption charges in 2018. Clark a partner at Vladeck, Raskin & Clark, P.C., specializing in employment law, and previously worked at Legal Momentum, a defense fund for women that often takes on cases involving workplace equality and gender discrimination.