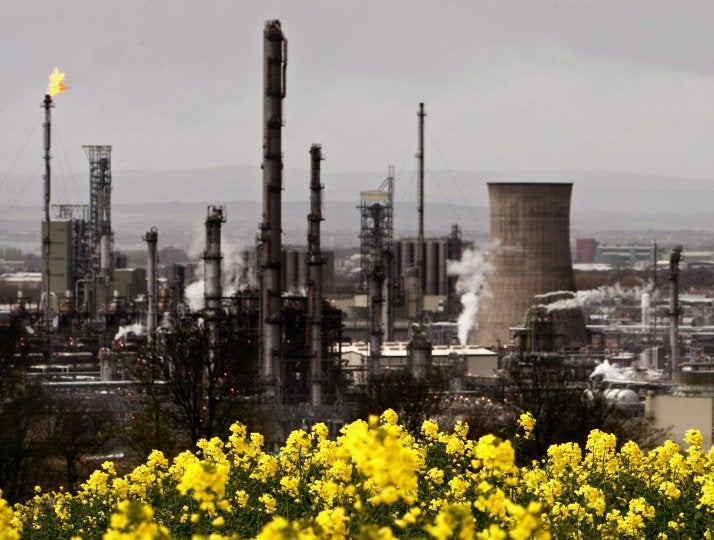 How seriously should we take the pledges of oil and gas giants such as BP and Shell to reach net-zero emissions by 2050? Such promises are important not only for the companies' public perception, but for the confidence of their largest investors, such as pension funds.

A new report from Oxfam, that was published on 3 August, has cast serious doubts on the feasibility of the companies methods.

Examining the pledges of four major energy companies – BP, Shell, TotalEnergies and Eni – the paper argues that each of their strategies to reach net zero is dangerously over-reliant on carbon offsets. Instead of making fundamental changes to their business models and reducing their own emissions, they depend on planting huge numbers of trees to absorb and store the CO2 which is the main driver of anthropogenic climate change.

The report says this simply won’t work. There isn’t enough land on Earth for the offsets to be feasible: “it is mathematically impossible to plant enough trees to meet the combined net zero targets announced by governments and corporations”. This issue is compounded by the fact that using vast amounts of land for trees would create higher levels of poverty and hunger in low-income countries, because it would limit the land that could be used for agriculture.

All four energy companies have responded to the report, acknowledging its concerns but pointing out that their future plans do not exclusively involve carbon offsets. Instead, their absolute emissions can be reduced, they say, by shifting to renewable energies, using low-carbon fuels, and improving operational efficiency. Carbon capture technology also promises a way of removing CO2 from the atmosphere without using large swathes of land.

But Aditi Sen, the climate policy lead at Oxfam and co-author of the report, says net-zero plans must be “anchored in science-based targets”, and it is not clear how absolute emissions will be reduced by technologies that have yet to be deployed or developed. Companies' own reports on sustainability are characterised, she says, by “a lot of data gaps... a lot of assumptions... a lot of people that are banking on technologies that are still not there”.

Although there are promising carbon capture alternatives to the traditional methods, these have a long way to go. Simon Nicholson, co-director of the Institute of Carbon Removal Law and Policy, says that “companies investing today in technological carbon removal are doing us all a great service by potentially speeding up research and development activities. But investments today in research and development shouldn't count towards net-zero goals tomorrow, because the dreams of carbon removal may never come to pass.”

Worse still is the fact that the report focuses only on companies which do have a plan. According to Sen, they have all “taken some steps in recognition of the urgency of climate change”, while most others “have actually not made any climate plans”.

As noted in the report itself, “Some of the biggest players in the sector, from state-owned Saudi Aramco to ExxonMobil and Chevron, have so far declined to set any targets, effectively burying their heads in the sand, and abdicating their climate responsibility.”

Sen says that some companies also continue to “spread disinformation” about the climate crisis and their response to it.

Part of the problem is the idea of net zero itself, which Sen calls an “amorphous term” which is applied loosely and allows major companies to get away with “business as usual”. Robust government intervention is, she says, the “critical lever for getting these companies to transform at a much more rapid pace”. Without it, there will soon be no business to do at all.