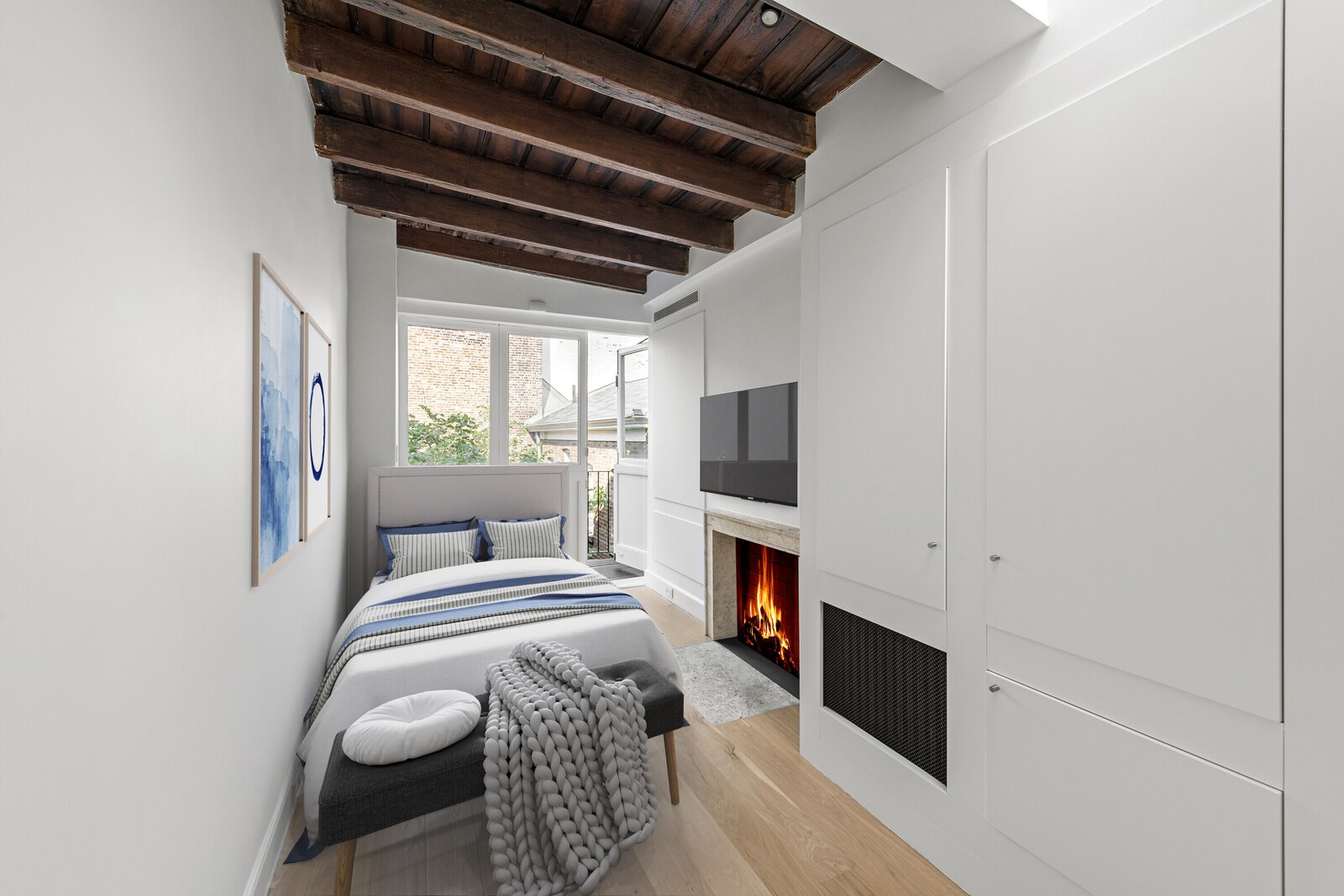 The 19th-century townhouse at 75 ½ Bedford Street is nine-and-a-half-feet wide—and even slimmer inside.

The Victorian-era townhouse at 75 ½ Bedford Street in the West Village has the reputation of being the narrowest house in New York (some argue that 39 Saint Marks Place is skinnier, but as the Greenwich Village Preservation Society points out, it’s technically part of another building.) 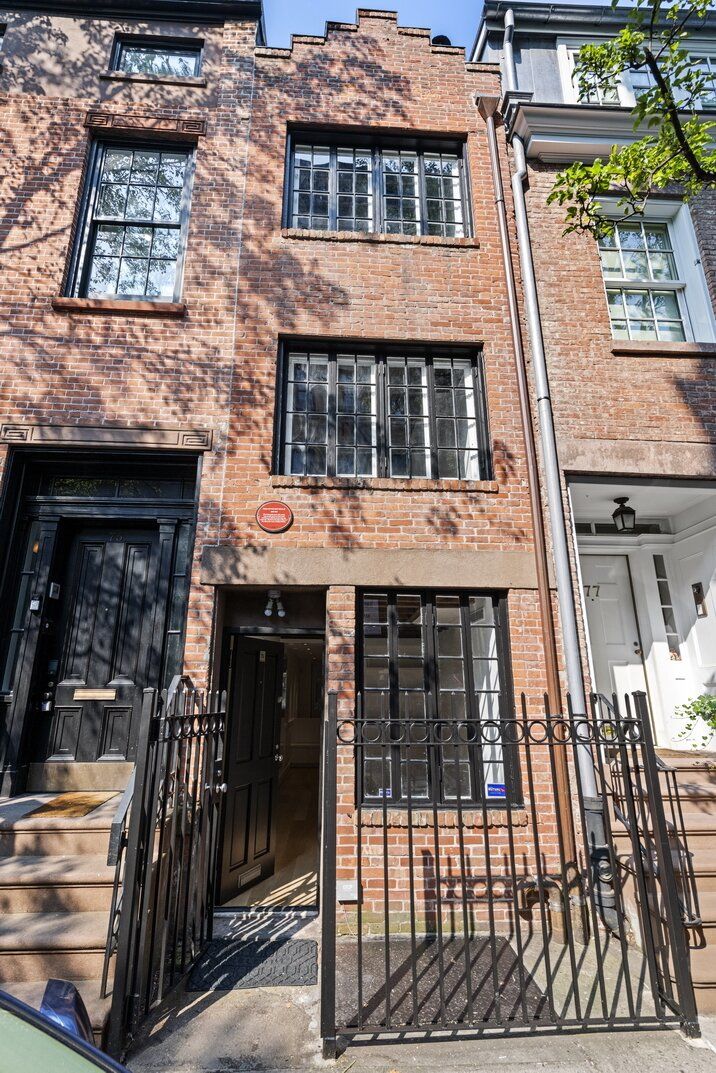 The townhouse at 75 1/2 Bedford Street is widely considered the skinniest residential home in New York City. It’s also known as the Millay House, as famous poet Edna St. Vincent Millay lived here with her husband in the early 1920s.

75 ½ Bedford has changed hands three times in the last 21 years, most recently in 2013, and is now on the market for $4,990,000. Located at the southwest corner of Bedford and Commerce Streets, this thin, three-story structure is just nine-and-a-half-feet wide on its exterior, a maximum of eight-feet-one-inch wide inside, and 35 feet deep. Its 999 square feet hold three bedrooms, two full bathrooms, and a finished basement.

Estimated to be built in 1873, 75 ½ Bedford Street was constructed on top of what was originally a carriage entrance for the Hettie Hendricks-Gomez Estate next door, built in 1799 and considered the oldest house in the neighborhood. The townhouse possesses a Dutch architectural flair with a brick exterior, oversized black, leaded windows, and a stepped gable added in the 1920s. 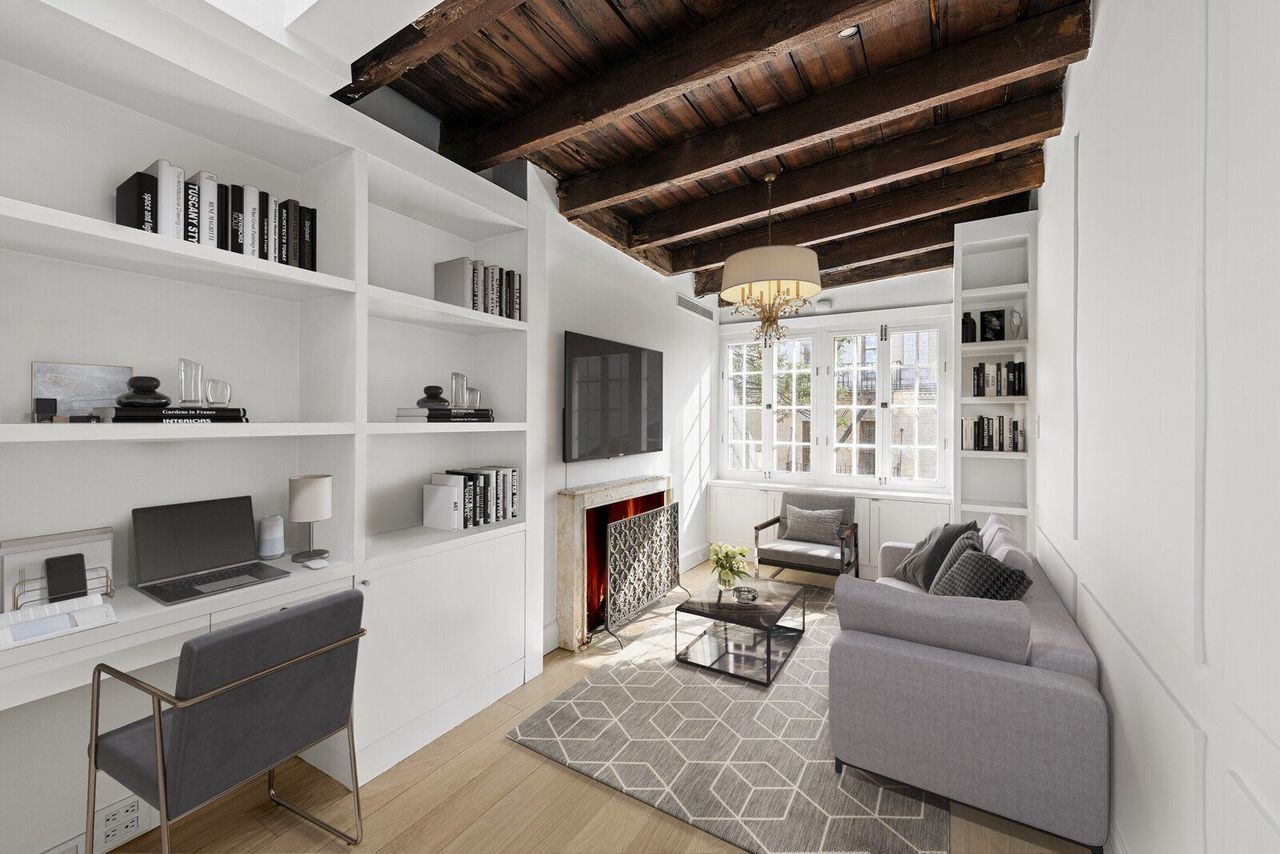 The current owner, George Gund IV, bought it for $3.5 million eight years ago, when it had been previously renovated. The bright, all-white walls provide a nice contrast to the light wood flooring, as well as the original exposed ceiling beams, and four wood-burning fireplaces. While these elements-along with a renovated kitchen, ample storage from clever built-ins, two balconies, and a quaint shared backyard-are enough to pique interest from buyers, the key to understanding its physical value is actually spending time in the space.

"Once you come in, it’s very spacious," says broker Hannah Oh, who is listing the property with Nest Seekers International. "People expect it to be very tiny-almost micro-living, but there’s more space than you’d think." 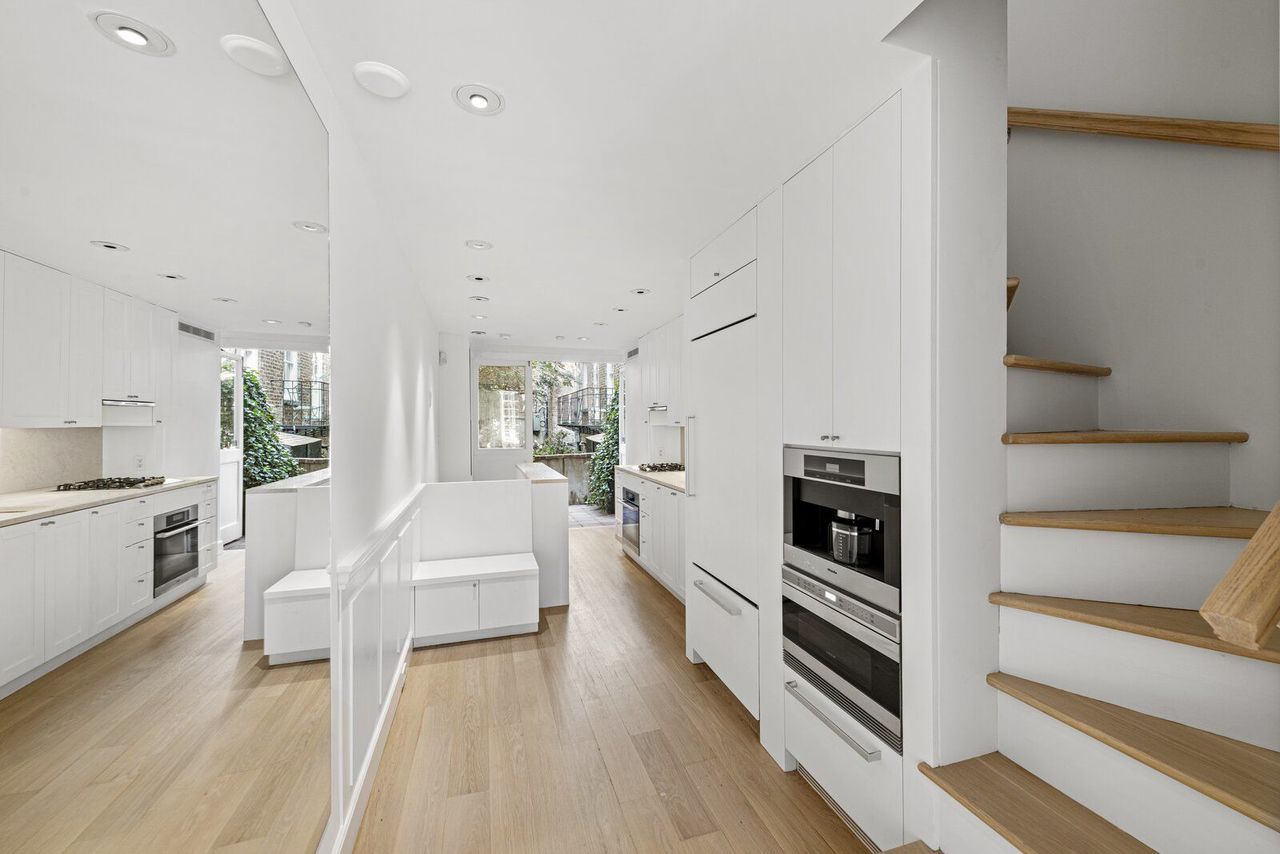 While the townhouse is 35 feet deep, the widest space inside is eight-feet-one-inch, and the narrowest point is two feet wide.

Though 75 ½ Bedford is a harder sell in a post-pandemic market, it’s been popular in the past thanks to its historical value. The residence is located near the Cherry Lane Theater, a 98-year-old theater company that leased the house upon opening to actors like Cary Grant and John Barrymore who lived there during show runs. Its most famous former resident is Edna St. Vincent Millay, the Pulitzer Prize-winning poet, who lived there with her husband some time between 1923 to 1925. The anthropologist Margaret Mead lived there, too. 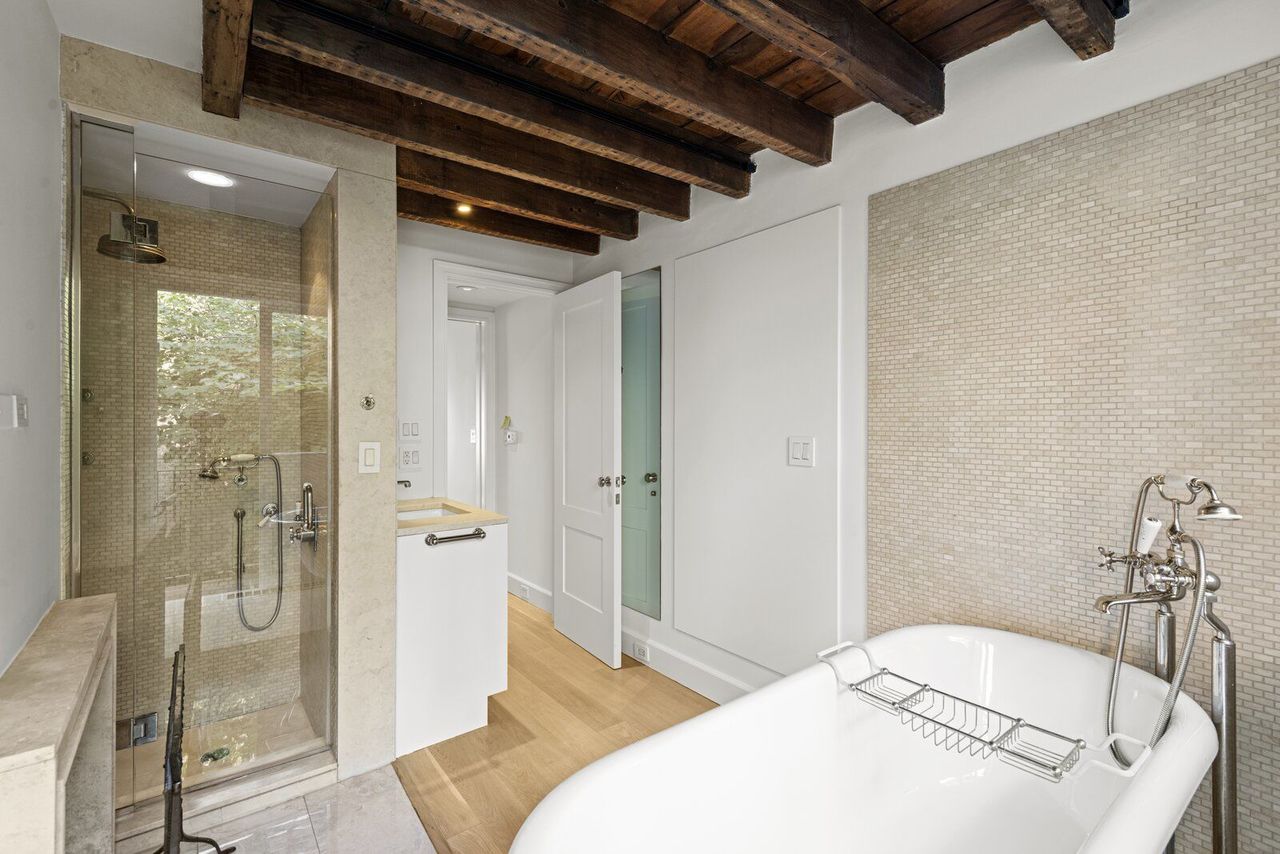 On the second floor of the primary suite, there is a free-standing tub and enclosed shower that face a rear balcony. The toilet is out of frame.

Gund, the owner, has never actually lived in 75 ½ Bedford, according to Oh. This is a common plan of action for the more modern owners of this townhouse. A 1996 New York Times article chronicles its entire ownership history, revealing that no owner has actually lived there full-time in decades. Calling for renters, it opened with the line: "HAVE you got what it takes to live at 75 ½ Bedford?"

The answer remains to be seen. 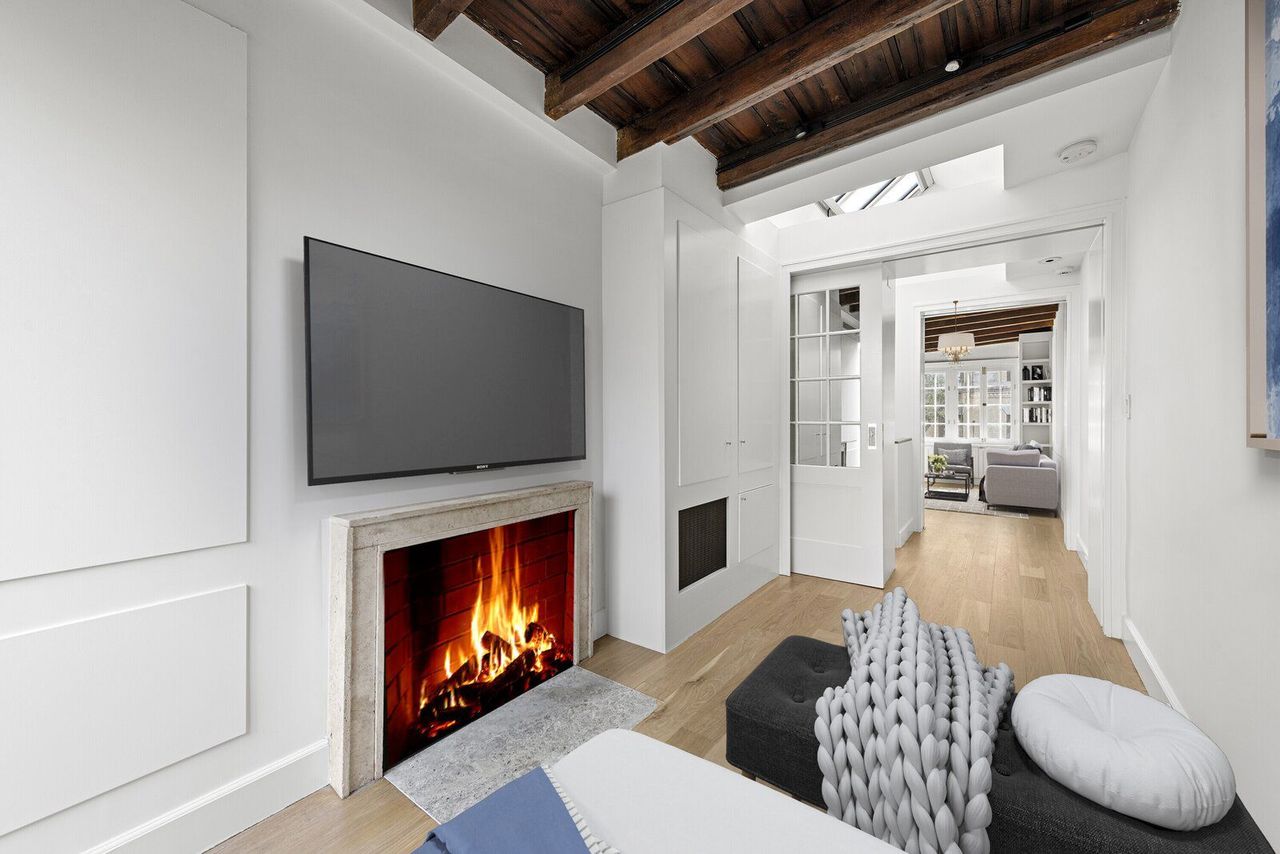 A skylight was put in to allow natural sunlight to pour into the upper floors, resulting in a surprisingly light and airy feel. 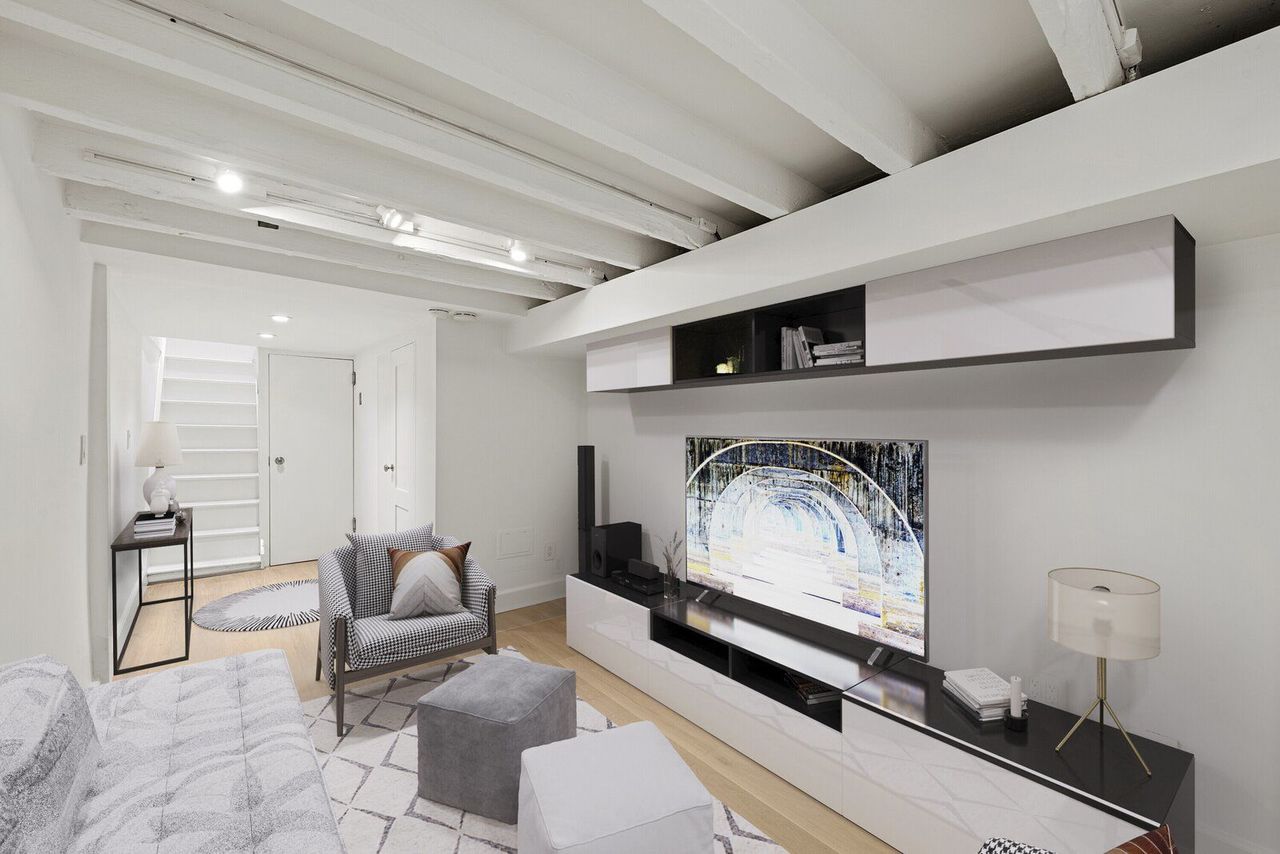 The finished basement can double as office space, a den, or a workout room. A bathroom, two closets, and a laundry room are also located on this floor. 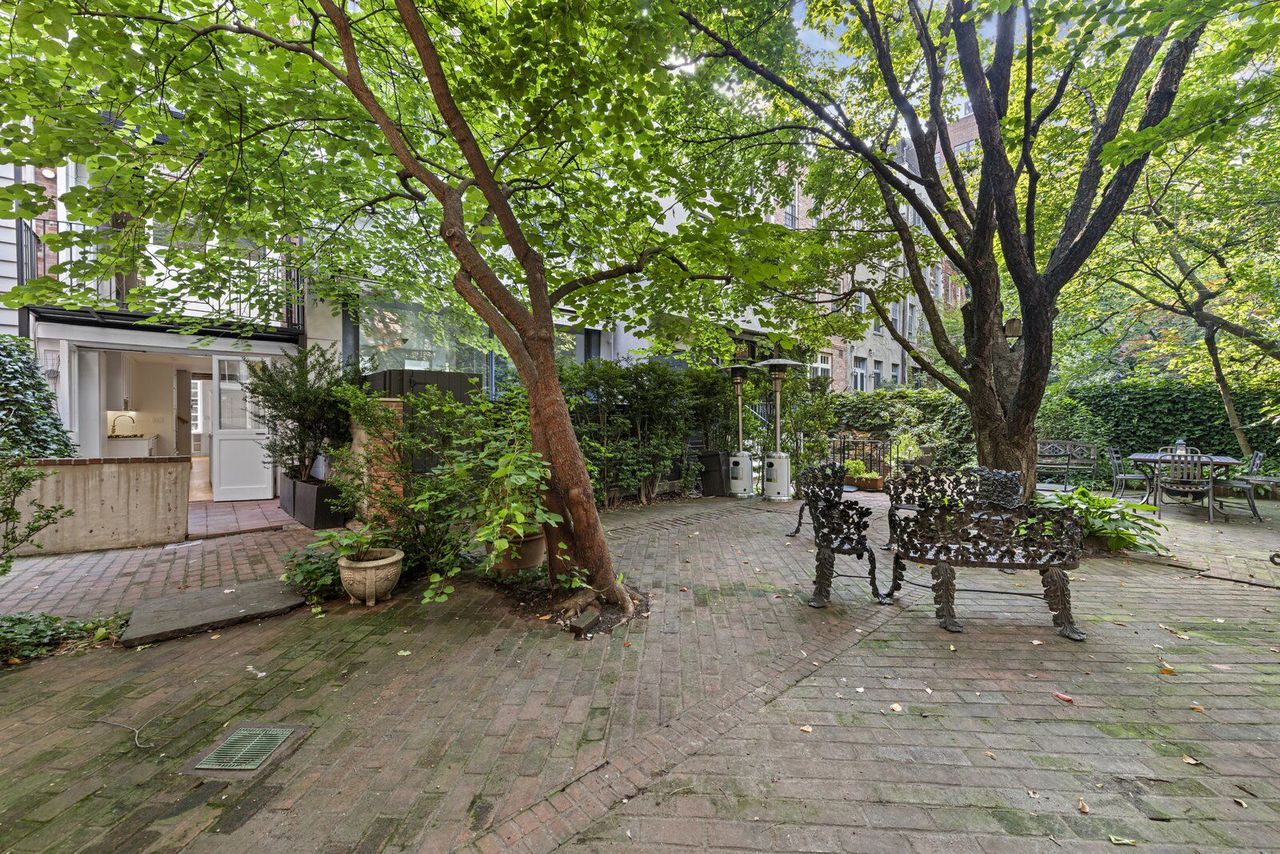 The townhouse shares a backyard with 73 and 75 Bedford Street.