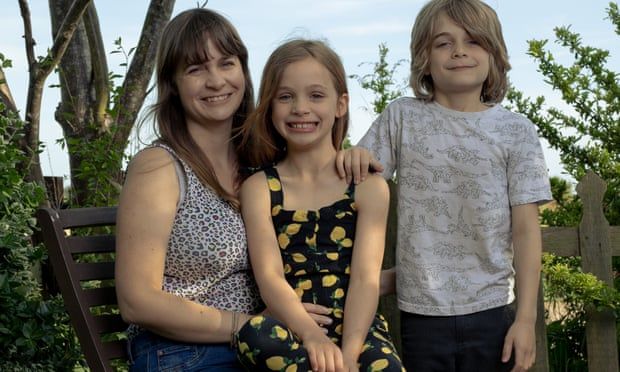 Six weeks after start of vaccine rollout, fraction of young children have had first dose as parents question usefulness
Only 7% of primary schoolchildren in England have received a first dose of Covid vaccine six weeks after it was rolled out to all 5- to 11-year-olds, as parents grapple with the decision about whether to take up the offer.

That rate compares with 24% of 12- to 15-year-olds who had received a first dose in the first six weeks after they became eligible in September 2021.

Scientists say the lower take-up among primary schoolchildren is due to a perception that Covid poses little risk to younger children.

Some parents have been concerned about the risk of rare side-effects from the vaccine. But according to Professor Russell Viner of University College London, who was part of the now-disbanded Scientific Advisory Group for Emergencies, they should be reassured by the near absence of side-effects after widespread take-up in the US, which approved the Pfizer/BioNTech vaccine last November.

“It’s a vaccination that probably isn’t particularly beneficial for this age group,” Viner said. “However, it has a very, very good safety profile. And given that we remain in a pandemic, there’s an argument that for individual parents, the balance of risks would appear to be towards vaccination.”

Viner said he was most concerned that children in vulnerable groups received the vaccine. “The benefits for the whole healthy population [of 5- to 11-year-olds] are particularly around a reduction in school disruption, and the prevention of onward transmission to others,” he said. “However, for Omicron, the vaccines are pretty poor at preventing onward transmission. So I think the benefits of vaccination for this age group are very marginal. But that’s different for those who are highly clinically vulnerable. They are vulnerable to any respiratory virus and Covid is more serious than others.”

The area with the largest vaccine take-up for 5- to 11-year-olds was Oxfordshire, with 12%, while Knowsley in Merseyside had the fewest, with 3%, according to the latest NHS vaccine data up to 8 May.

“All the data on vaccine uptake shows very significant inequalities,” Viner said. “So it will be those children who are in the more clinically vulnerable groups from the more deprived parts of the population who I would be most worried about.”

Dr Peter English, a retired consultant in communicable disease control and former chair of the BMA Public Health Medicine Committee, said that parents should be aware that a significant proportion of children go on to develop long Covid. “Some will sustain damage to their organs or immune system that could leave them still unwell months or years after infection.”

He said it was unclear whether vaccination would protect children from long Covid, although it may do so because vaccination reduces the risk of severe disease and therefore reduces rates of organ damage.

Emma Amoscato and her family discussed vaccinations for some time before pressing ahead with getting doses for her two children, aged 9 and 6.

“We had a conversation – ‘would we, wouldn’t we’ – when America started offering jabs,” said Amoscato, who is the founder of the Smile mental health app. “Is the risk to the children that great, should we be putting something in their bodies?

“In the end, it made sense to do it. We’re both triple vaccinated. My husband is clinically vulnerable. And it wasn’t the risk to life – it was the risk to the children of developing long Covid and what that would mean for them, living with a long-term chronic illness.”

Chloe Haywood, a designer in Somerset, decided to get the vaccine for her three sons, aged 11, 8 and 5, after the household had fallen ill with Covid. “They all had jabs when they were babies,” she said. “It was more a question of how fast we could get them booked in.”

Some parents had been concerned about the risk of long Covid before the latest rollout, and attempted to have their children vaccinated overseas.

An NHS spokesperson said: “Getting vaccinated is a personal choice between families and their children, and we have now sent invites to everyone eligible, providing parents with information to allow them to make an informed decision, while they can also talk to their doctor or a local healthcare professional if they have questions.”
#Vaccines  #BioNTech  #vaccine  #Pfizer  #Covid