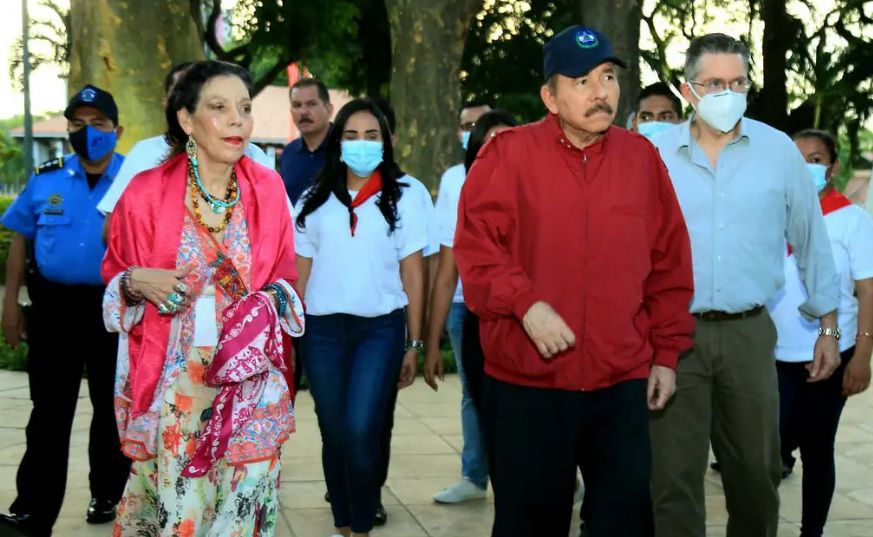 By canceling the legal status of the Ciudadanos por la Libertad (CxL) party, and therefore eliminating the presidential candidacy of the last candidate of the opposition, Óscar Sobalvarro, Daniel Ortega liquidated the November 7 elections, turning them into party votes and unique candidate.

In reality, even before the annulment of CxL, the elections of November 7 were already seriously questioned in their legality and legitimacy, as they were held without political competition, under a regime of a police state that, since the massacre of April 2018, violated all democratic freedoms. , keeping more than 140 political prisoners in jails. Without national or international electoral observation, with a Supreme Electoral Council controlled by the Sandinista Front party, which carried out an electoral counter-reform with laws that criminalize the opposition and allow its candidates to be inhibited, there was no minimum guarantee of electoral transparency.

However, in some national sectors there was the illusion that on election day the blue and white political majority would turn to vote for the only registered opposition party, regardless of its candidates, to challenge Ortega or at least to denounce fraud. massive. Another alternative interpretation suggested that in the absence of electoral guarantees and of a leadership capable of inspiring hope for change, an important part of the electorate would abstain from voting on their own account, while CxL would participate, unconditionally, to preserve their legal status and become in the second electoral force, aspiring to be a future political interlocutor for Ortega.

Both conjectures were erased at a stroke this Friday, August 6, three months before the elections, when Ortega eliminated the political status of CxL, imposing a single-party election, in which he and his wife, Vice President Rosario Murillo, were candidates. upon reelection, they will no longer have contenders. Now only the Sandinista Front and five other "stilt" or collaborationist parties will attend the November 7 vote: the pactist PLC, which called for the elimination of CxL; the PLI, which promoted the dispossession of the electoral booth of the democratic opposition in 2016; and the remnants of ALN, APRE, CCN, and the Yatama regional party.

In this way, Ortega advanced the results of November 7, aggravating in advance the crisis of his own reelection, without political competition. It is a reckless bet, which reveals his determination to govern without political legitimacy, hardening the repressive strategy to extreme levels to maintain a totalitarian regime in power. And, therefore, it demands a proportional response, with maximum political, diplomatic and economic pressure, at the national and international levels, to restore the path towards a democratic transition, definitely, without Ortega and without Murillo.

It is a challenge of life and death, in the first place, for Nicaraguan society whose demands for democratization and justice, raised in the April 2018 Rebellion, were left halfway. The main reason for the failure lies in the ruthless repression unleashed by the dictatorship, but the mistakes of the opposition leadership that should be self-critically evaluated also contributed. Starting with the decision to separate the electoral route from a permanent strategy of civic resistance; and by the ideological political sectarianism of CxL that disdained the imperative of national unity, to put more pressure on the regime with the participation of all sectors of the country. The error of divorcing the elections from the civic resistance is paying dearly with the beheading of the opposition leadership, imprisoned or in exile, while the legal status of CxL did not provide any insurance to stop Ort's long-awaited one-party project.

With doubts cleared about November 7, in Nicaragua new questions are opened that should be answered now, without waiting for Ortega's inauguration in 2022: Can the opposition relaunch civic resistance, while demanding the release of all political prisoners ? Will the business class accept a one-party regime, without political legitimacy? Will it accommodate Ortega's authoritarian rules, as before 2018, or will it impose effective democratic limits? What role will the moral leadership of the Catholic Church play?

And will the public employees - civil and military - who are also Ortega's hostages, endorse the elimination of democratic elections?

On the other hand, the imposition of a one-party regime also poses a formidable challenge to the international community, from our neighbors in Central America, through the OAS, the UN, the United States and the European Union. Will CABEI continue to finance the Ortega regime, without democracy and with serious human rights violations? Will the OAS foreign ministers meet to debate the application of the Inter-American Democratic Charter? Will Mexico and Argentina persist in their abstention policy? Can the United States, the European Union, and the UN coordinate multilateral actions that exert effective pressure to weaken the political and economic support bases of the regime? Will the Vatican remain indolent in the face of grave human rights violations, or will it mediate to prevent the normalization of violence?

External pressure, although essential, can never replace national political pressure, but it will only be more effective if it begins to be exercised with determination now, when all of Nicaragua is held hostage by the dictatorship. Meanwhile, this August 7, with the inauguration of Ortega's single-party regime, the countdown of the economic and social deterioration of the country begins, with an increasingly painful cost for thousands of Nicaraguan families who are forced to emigrate to seek an alternative of life.