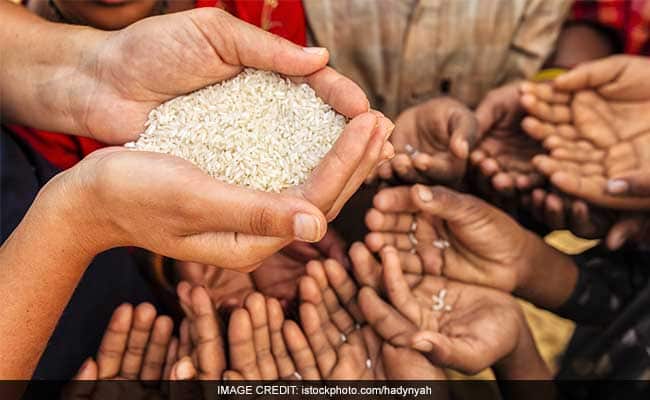 Over 16 Crore More People Forced Into Poverty In 2 Years Of Pandemic: Report

According to Oxfam, billionaires' wealth has risen more since COVID-19 began than it has in the last 14 years.
The first two years of the COVID-19 pandemic saw incomes of 99 per cent of humanity fall and over 16 crore people were forced into poverty even as the world's ten richest men saw their fortune more than double to USD 1.5 trillion (over ₹ 111 lakh crore) at a rate of USD 1.3 billion (Rs 9,000 crore) a day, a new study showed on Monday.

In its report titled 'Inequality Kills' released on the first day of the World Economic Forum's online Davos Agenda summit, Oxfam International further said inequality is contributing to the death of at least 21,000 people each day, or one person every four seconds.

This is a conservative finding based on deaths globally from lack of access to healthcare, gender-based violence, hunger, and climate breakdown, it added.

The world's ten richest men saw their fortunes grow at a rate of USD 15,000 per second during the first two years of the pandemic and if these ten men were to lose 99.999 per cent of their wealth tomorrow, they would still be richer than 99 per cent of all the people on this planet.

"It has never been so important to start righting the violent wrongs of this obscene inequality by clawing back elites' power and extreme wealth including through taxation - getting that money back into the real economy and to save lives," she said.

According to Oxfam, billionaires' wealth has risen more since COVID-19 began than it has in the last 14 years. At USD 5 trillion, this is the biggest surge in billionaire wealth since records began.

A one-off 99 per cent tax on the ten richest men's pandemic windfalls, for example, could pay to make enough vaccines for the world; to provide universal healthcare and social protection, fund climate adaptation and reduce gender-based violence in over 80 countries; while still leaving these men USD 8 billion better off than they were before the pandemic.

"Billionaires have had a terrific pandemic. Central banks pumped trillions of dollars into financial markets to save the economy, yet much of that has ended up lining the pockets of billionaires riding a stock market boom. Vaccines were meant to end this pandemic, yet rich governments allowed pharma billionaires and monopolies to cut off the supply to billions of people," said Bucher.

She alleged that the world's response to the pandemic has unleashed this economic violence particularly acutely across racialised, marginalised and gendered lines.

"As COVID-19 spikes this turns to surges of gender-based violence, even as yet more unpaid care is heaped upon women and girls," Bucher said.

The study showed that the pandemic has set gender parity back from 99 years to now 135 years.

Women collectively lost USD 800 billion in earnings in 2020, with 1.3 crore fewer women in work now than there were in 2019. 252 men have more wealth than all one billion women and girls in Africa and Latin America and the Caribbean combined.

It further said that the pandemic has hit racialised groups hardest.

During the second wave of the pandemic in England, people of Bangladeshi origin were five times more likely to die of COVID-19 than the White British population. Black people in Brazil are 1.5 times more likely to die from COVID-19 than White people. In the US, 34 lakh Black Americans would be alive today if their life expectancy was the same as White people, according to Oxfam.

It said inequality between countries is expected to rise for the first time in a generation.

Developing countries, denied access to sufficient vaccines because of rich governments' protection of pharmaceutical monopolies, have been forced to slash social spending and now face the prospect of austerity measures. The proportion of people with COVID-19 who die from the virus in developing countries is roughly double that in rich countries, according to Oxfam.

Further, Oxfam said inequality also goes to the heart of the climate crisis, as the richest 1 per cent emit more than twice as much CO2 as the bottom 50 per cent of the world, driving climate change throughout 2020 and 2021 that has contributed to wildfires, floods, tornadoes, crop failures and hunger.

It suggested that the governments should urgently claw back the gains made by billionaires by taxing this huge new wealth made since the start of the pandemic through permanent wealth and capital taxes.

Oxfam also called for investing the trillions that could be raised by these taxes toward progressive spending on universal healthcare and social protection, climate change adaptation, and gender-based violence prevention and programming.

It further recommended tackling sexist and racist laws and ending laws that undermine the rights of workers to unionise and strike.

"Rich governments must immediately waive intellectual property rules over COVID-19 vaccine technologies to allow more countries to produce safe and effective vaccines to usher in the end of the pandemic," Oxfam said.

Asserting that there was no shortage of money but only a shortage of courage and imagination needed to break free from the failed, deadly straitjacket of extreme neoliberalism, Bucher said, "Governments would be wise to listen to the movements -- the young climate strikers, Black Lives Matter activists, #NiUnaMenos feminists, Indian farmers and others -- who are demanding justice and equality."
#Vaccines  #COVID-19  #vaccine  #Covid