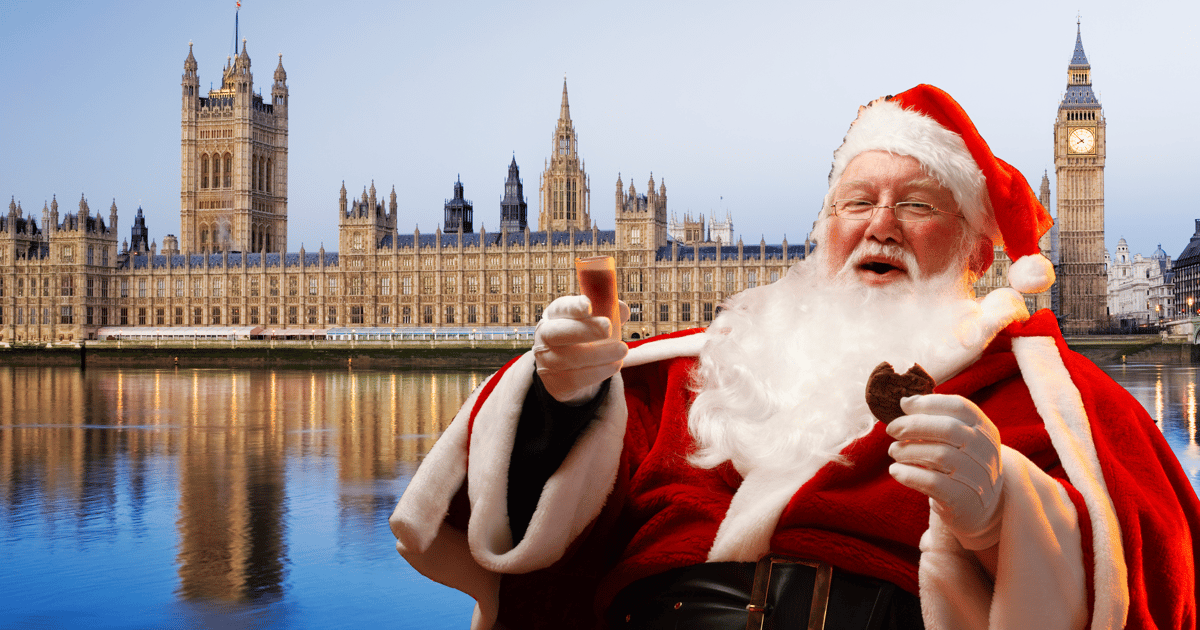 Pass the sherry, hold the politics: How Britain’s political families are spending Christmas

For some Brits, politics runs in the family. But what do members of the U.K.’s political dynasties get up to when the rest of us are tucking into our turkey? POLITICO prodded key Westminster figures whose family ties mean they won’t quite be getting a break from politics and asked them how they’re spending the festive season.

Britain’s Attorney General Victoria Prentis is the daughter of Tim Boswell, a member of the House of Lords and former Conservative MP for Daventry.

They say never work with children or animals, but Christmas Eve for their family involves a nativity play in the local church featuring a real baby (at least three were due to share the role this year) plus live animals including donkeys, sheep — and dogs dressed as sheep. King Herod is usually played by Prentis’ MP predecessor Tony Baldry.

Christmas Day is at the Boswell house, and Prentis will this year be joined by Ukrainian refugee Vika, with mum and dad also paying a visit. As a farming family, Prentis says it is “all about the food.” That doesn’t mean politics is off the menu — and Boswell’s three-year-old granddaughter once returned from nursery surprised that none of the other kids wanted to have political chat with her. “We recently realised just how much my dad talks politics to his granddaughters,” Prentis said.

Labour’s Shadow Chancellor Rachel Reeves and her sister Ellie, who serves as the opposition party’s shadow justice minister, are planning to celebrate Christmas together on Boxing Day. “Rachel’s a very good cook and will be making beef in a stilton and port gravy and Christmas cake,” Ellie reveals, although she admits there is “absolutely no chance my kids will eat that as it’s not beige.”

And then comes the crucial stuff. “I will bring wine. Lots of it. It’s then party games for the kids — musical statues, pin the tail on the unicorn and anything else they insist on!” As for chat about the state of the nation? “I think we’re all agreed there will definitely be no talking about politics,” Ellie adds. Rachel agrees: “One year we discussed Brexit on Boxing Day — we shan’t be doing that again!”

Christmas will be spent together, along with Fay’s brother — although this year will, she said, be strange as the first without her mum who passed away earlier this year.

The Cardiff Blues versus Newport Dragons Rugby match is high on the Jones agenda for Boxing Day, something Fay says will be a “good laugh” even if it is “always chuffing cold.” On the 27th, the whole extended family will get together to watch the Welsh grand national, with her uncle running a sweepstake at which the kids in the family usually clean up.

“We never really stop chatting politics so I’m sure Christmas won’t be an exception,” Jones says. “My boyfriend and my brother will duck out and put the cricket on while my dad gives me ‘sage advice’ from his time in parliament. In return, I try to explain to dad that things are slightly different now — he didn’t have emails or social media back in his day.” Lucky man.

They spent the festive season together last year so won’t spend Christmas Day and Boxing Day together this year. But David says he hopes to have started a new tradition after already making a Mary Berry Christmas pudding with Oliver’s young daughters.

Christmas traditions include a candlelit carol service on Christmas Eve at Wamphray Parish Church, in what David described as a “beautiful glen setting” and making a trifle to the exact recipe of David’s late aunt. “Key is plenty of sherry so [the] base is actually liquid,” David says.

As for political chat around the Christmas table? “My mother ran a small hotel for over 20 years. She had a rule in the bar of no politics, religion or four-letter words! We try our best to stick to that whenever we can all be round the dinner table together,” David says.

“Politics seldom comes up,” Tom says, although he says this is “not by decree” but because they are “all happy to have a bit of a break from it.”

Instead, Tom says that with three generations of fervent Gunners present, the debate usually “rages furiously between my father, me and my two sons over whether Arsenal need to buy another striker in the January transfer window.”

Long serving Schools Minister Nick Gibb is the brother of former Downing Street comms chief-turned-BBC board member Robbie. The pair were due to gather for a meat-free Christmas dinner (Nick is a vegetarian and his husband Michael is vegan) — but only after Robbie’s family have tucked into turkey and all the trimmings for lunch earlier in the day.

Robbie says the latest Westminster shenanigans are unlikely to feature in the Christmas day discourse. “We don’t discuss politics in the family at the best of times, and rarely at Christmas.”