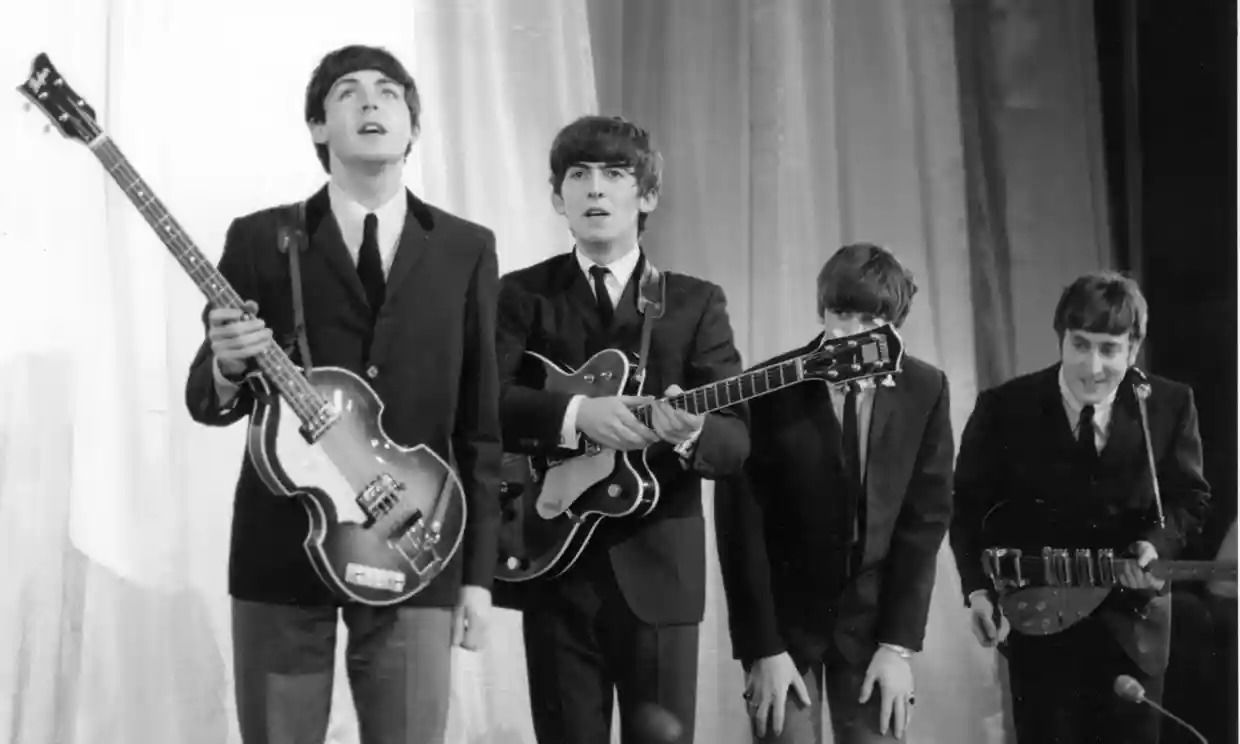 The Lyrics will feature a ‘self-portrait’ in 154 songs, including the unrecorded Tell Me Who He Is
Paul McCartney will include the previously unseen lyrics to an unrecorded Beatles song in his forthcoming book The Lyrics.

On Monday, the former Beatle revealed the 154 songs to feature in the book, which will be based on conversations McCartney had with the poet Paul Muldoon. Described as a “self-portrait in 154 songs”, The Lyrics will feature songs from throughout McCartney’s career, including Blackbird, Live and Let Die, Hey Jude, Band on the Run and Yesterday.

Publisher Allen Lane said the book would also feature the lyrics to the unrecorded song Tell Me Who He Is. The handwritten and never-before-seen lyrics were found in one of McCartney’s notebooks – believed to date back to the early 1960s – while preparing the book.

The book will be released on 2 November and will also include “many further treasures” from McCartney’s archives, said Allen Lane, from handwritten lyric sheets, to previously unseen personal photographs, drafts and drawings. Each song – from All My Loving to Yellow Submarine – will come with commentary from McCartney about its creation.

“More often than I can count, I’ve been asked if I would write an autobiography, but the time has never been right,” writes McCartney in a foreword to the book. “The one thing I’ve always managed to do, whether at home or on the road, is to write new songs. I know that some people, when they get to a certain age, like to go to a diary to recall day-to-day events from the past, but I have no such notebooks. What I do have are my songs, hundreds of them, which I’ve learned serve much the same purpose. And these songs span my entire life.”

Muldoon, the Pulitzer prize-winning Northern Irish poet, previously told the Guardian that the book was based on a series of meetings he had had with McCartney over five years, during which they discussed the background to his songs “in a very intensive way”.

“In a strange way, our process mimicked the afternoon sessions he had with John Lennon when they wrote for the Beatles. We were determined never to leave the room without something interesting,” said Muldoon. “He looks long and hard into every aspect of life and I believe readers, old and new, will be struck by a book that will show that side of him. He’s going to come out of this book as a major literary figure.”

Beatles biographer Bob Spitz said he was “keener than keen” to see the lyrics to Tell Me Who He Is. “Discovering a new Beatles song would be like unearthing the sarcophagus of Cleopatra on an archeological dig,” said Spitz. “John’s and Paul’s notebooks were full of half-started lyrics, even finished songs that they discarded. During the early years, the songs were coming so fast and furiously that several were either overlooked or stashed in the back of a drawer. One can only imagine how many Beatles-worthy lyrics were relegated to the bin.

“None of the discarded lyrics have previously been published. The Beatles and their heirs are strong protectors of their brand and I doubt we’ll see any lyrics other than those sanctioned by the surviving members of the band. But Beatles fans will dissect Tell Me Who He Is word-for-word for any clue to this amazing band’s past.”

Guardian music writer Richard Williams said: “Tell Me Who He Is seems an enigmatic title – is the ‘he’ a love rival, or perhaps the messiah? – but until we’ve seen it, we won’t know whether this lyric was written by the Paul of Ob-La-Di, Ob-La-Da and Silly Love Songs or the McCartney of Eleanor Rigby and Penny Lane.”

The book’s release will also be accompanied by a new display from the British Library, featuring a range of material from the book, including the unseen lyrics to Tell Me Who He Is. The exhibition, in the British Library’s entrance hall, will run from 5 November to 13 March 2022.