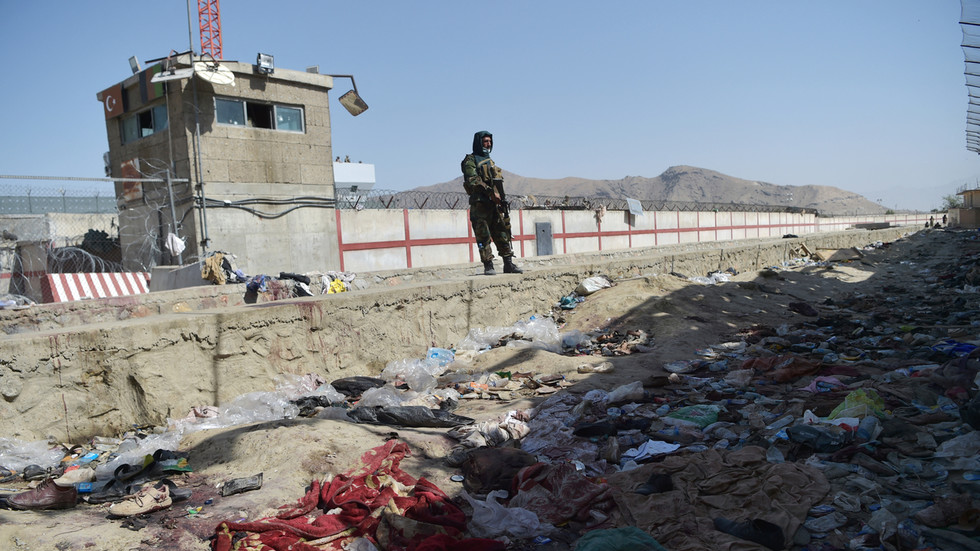 Pentagon says only ONE suicide bomber in Kabul airport attack

The Pentagon has said that despite previous reports, it now believes there was only one suicide bomber in Thursday's Kabul airport attack, with no explosion near the Baron Hotel.

While previous reports said that there were likely two suicide bombers behind the attack at the Hamid Karzai International Airport — one near one of the airport’s gates and another near the Baron Hotel — Army Major General William Taylor told reporters on Friday at a Pentagon press briefing the second explosion at the hotel did not happen.

"I can confirm for you that we do not believe that there was a second explosion at or near the Baron Hotel, that it was one suicide bomber," he said.

Confusion over the events at the Kabul airport stemmed from conflicting media reports, compounded when Department of Defense Press Secretary John Kirby tweeted on Thursday to "confirm" that "at least" one other explosion went off at or near the Baron Hotel, a short distance from the Abbey Gate.

"We're not sure how that report was provided incorrectly," General Taylor said on Friday.

Islamic State (IS, formerly ISIS) claimed responsibility for the attack, which left 13 US service members dead, and more than a dozen others wounded. The blast also killed at least 90 Afghans and wounded many others. Injured troops have been flown to the US's Ramstein Air Base in Germany for treatment, Taylor said.

Echoing the words of President Joe Biden on Thursday, Taylor claimed the recent ISIS-led attacks "will not deter" the current evacuation mission, with over 5,000 people still at the Kabul airport, currently waiting to be evacuated. The deadline for the evacuation remains August 31.