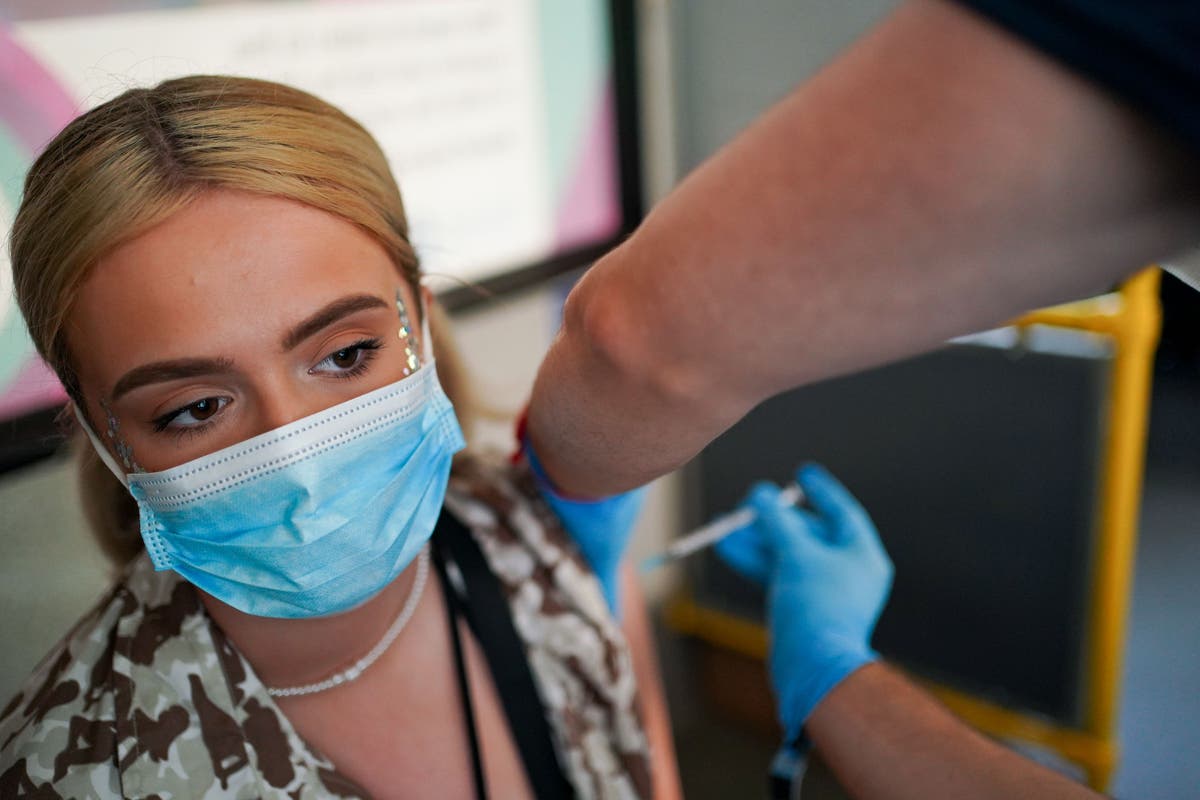 A third dose of the Pfizer vaccine could “strongly” boost protection against the Delta variant, according to claims made by the firm and its partner BioNTech.
The findings, which have not been peer reviewed, were revealed as the firm announced plans to seek regulatory approval for booster jabs.

Updated results from the company’s original 44,000-person trial found protection against symptomatic Covid-19 dropped gradually every two months, from a peak of 96 per cent two months after participants got their second dose.

By month four, efficacy was 90 per cent, and by six months it was about 84 per cent.

It comes as scientists said that with immunity likely to wane over time, jab rollouts will be likely “for many years to come”.

Transport Secretary Grant Shapps hailed the idea of workers being double-jabbed before returning to the office but said it will not be made a legal requirement.

He also confirmed that while revellers will need proof of vaccination for entry to nightclubs later this year, it will not be needed to go to the pub.

Asked about people having both vaccine doses before they go back to the office, Mr Shapps told Sky News: “It is a good idea and, yes, some companies will require it.

“We are not going to make that legislation that every adult has to be double-vaccinated before they go back to the office but, yes, it is a good idea and, yes, some companies will require it.”
#BioNTech  #COVID-19  #vaccine  #Pfizer  #Covid