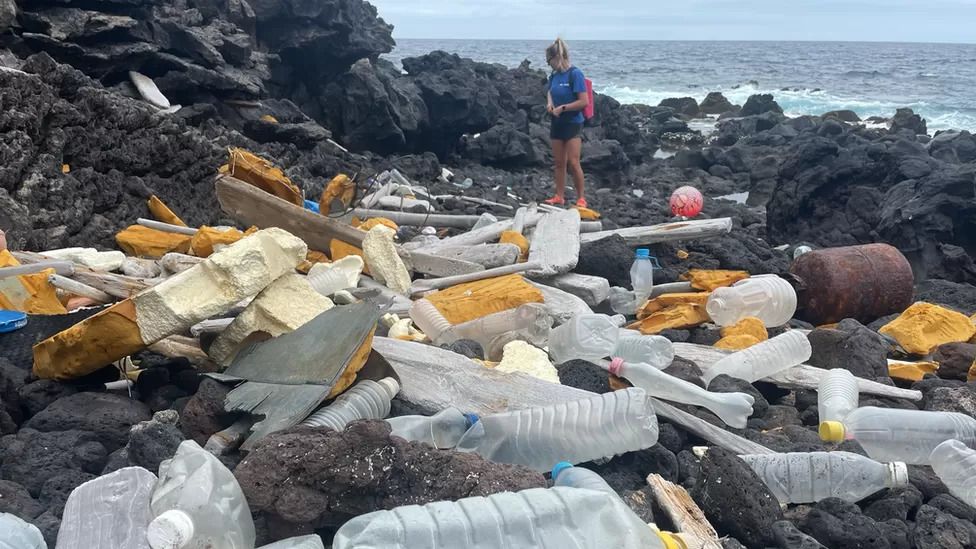 Thousands of pieces of plastic debris from all over the world have washed up on a remote South Atlantic island, according to conservationists.

Litter found on the south-western coast of Ascension Island has been traced back to countries including China, Japan and South Africa, they say.

More than 900 species of marine life are at risk, they reported.

Ascension Island has a wealth of species native to the island that have been affected by plastic pollution, such as the land crab, frigate bird and various species of sharks, turtles, fish and seabirds.

The remote British-owned island has been subject to many schemes aiming to conserve its natural biodiversity, launched by the government as well as independent groups.

"There is too much plastic being used badly," Fiona Llewellyn, a marine biologist at the ZSL Marine conservation team, told the BBC.

"It was heart-breaking seeing the state of the plastic over there,"she said, adding that big brands and governments needed to be made to account for the mess.

Ms Llewellyn and her fellow researchers found 1,000 pieces of plastic waste in just one beach hut and more than 7,000 pieces in total during the expedition. 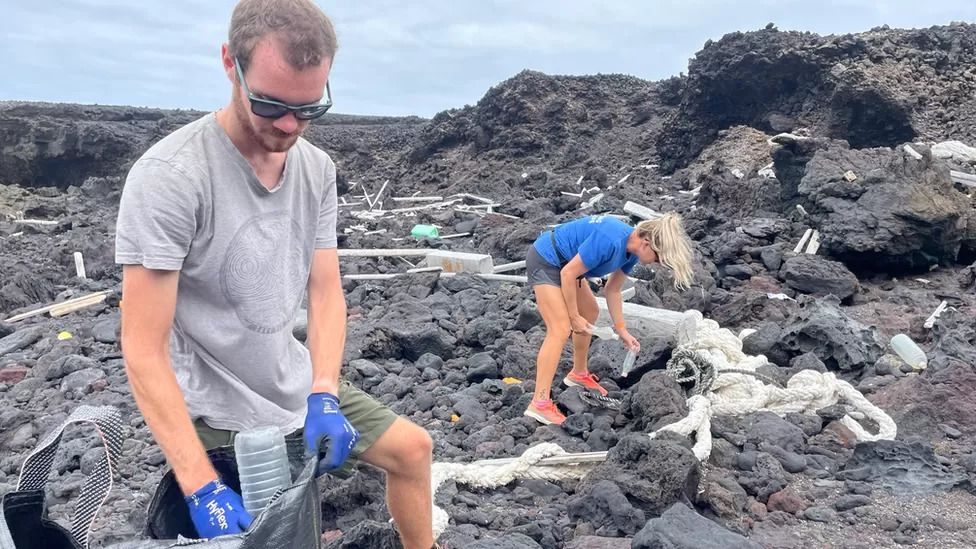 The small island, with a population of just 800 people, is concerned by the crisis. Only a small amount of plastic that washes up on its shores is coming from the island itself. Ms Llewellyn said: "It's easy to see that most of it is coming from elsewhere."

Animals are ingesting the plastic and getting tangled in it, which can cause harm. There are growing concerns around microplastics and how they work their way up the food chain.

The types of plastic commonly found on the island's coastline include plastic bottles, hard plastic fragments that have broken down, fishing gear and cigarette butts.

Much of the waste ends up beached on rugged cliffs that are hard and dangerous to reach. "It was really challenging straggling down the rock faces to get to this shoreline and count all the plastic that was there," she said.

The total project will last for three years and consists of monitoring the currents and movement of water, identifying the plastic bottles and assessing their expiry and production dates to distinguish when they might have entered the water and where from. 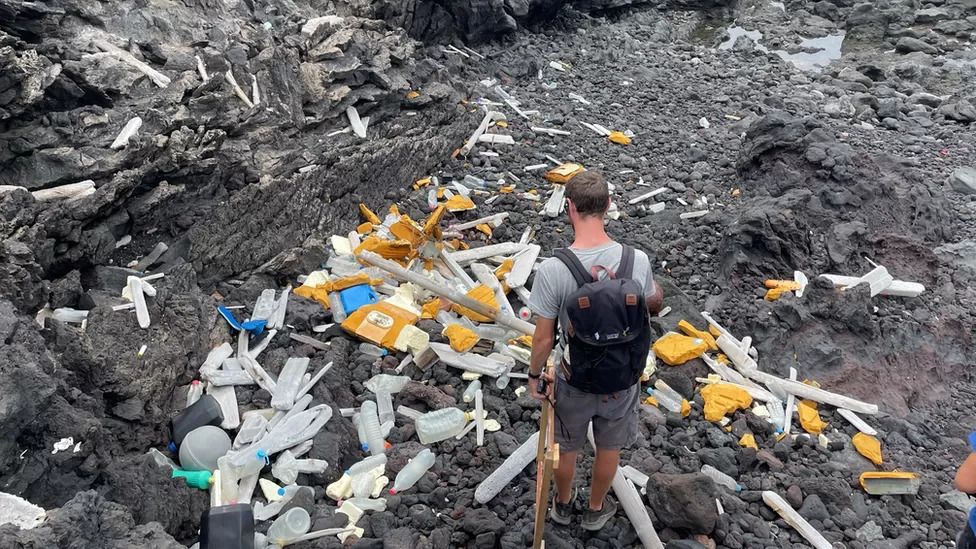 Researchers combed the island with the support of locals and government.