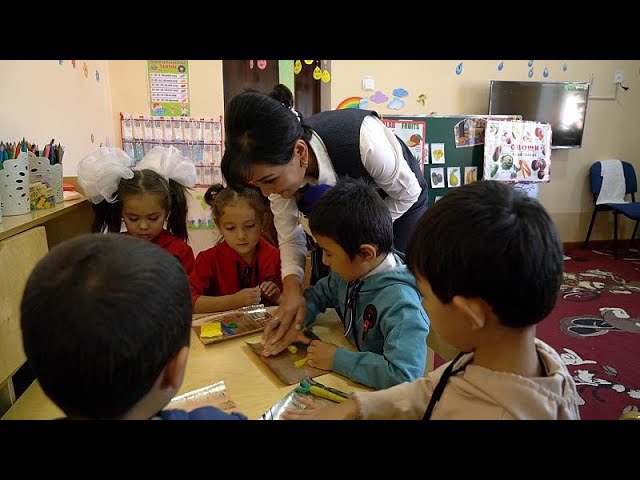 More children are getting access to preschool education in Uzbekistan. Alternative school models are being introduced, like a bus with a teacher that arrives in some remote villages every morning, empowering children to make their own choices about how they learn.

A regular day for teacher Zilola Masharipova begins with hopping on a 'school bus'. She works at one of Uzbekistan’s mobile pre-schools. Every morning she travels to the remote village of Dashyok to teach. Dozens of these buses travel across the country and they are one of several new initiatives to give all Uzbek children access to pre-school education.

We followed Zilola to discover the country’s recent innovations in pre-school education and we find out that the impact of this project is far-reaching. As Zilola says, mobile pre-schools allow children between the age of three to seven to get a "high-quality preschool education regardless of their social origin even in our country's most remote villages and rural areas." According to her, children who were not previously enrolled in preschools now have "the same opportunities as those in the cities". 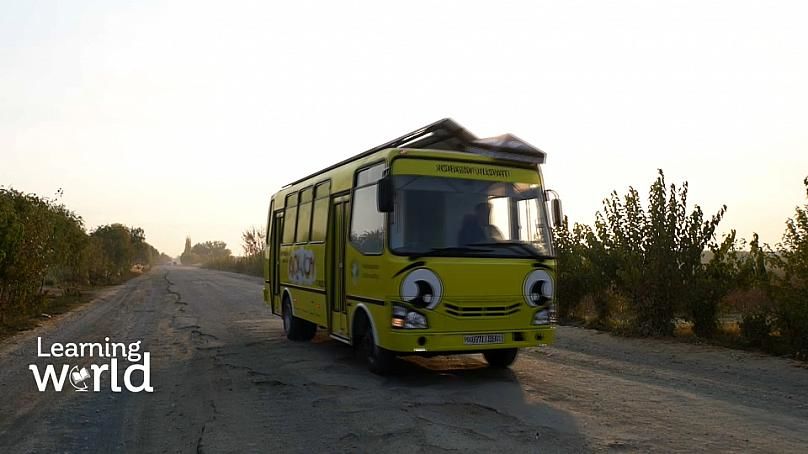 One of Uzbekistan's mobile pre-schools

The teaching is child-centred. Each child can choose their own way to learn and Zilola invites them to discover the topic of the day. This month they are studying 'the colors of autumn'.

Many parents from this village of Dashyok have dreamt of having a preschool here for years. It means a lot to mother, Ekutzhon Rusmetova, that the bus stops there because she believes it gives the children a better education and upbringing. "They learn to draw, to write, to count, to play games and get intellectual development here. For us parents, this is happiness", she adds.

In 2012, only 23% of children in Uzbekistan attended preschool. In rural areas, it was as low as 8.5%. Since 2017, there has been a significant push for reform and today over 60% of Uzbek children receive an education. The goal is to reach every child. School is now compulsory for 6-year-olds and some even offer half day free of charge classes. 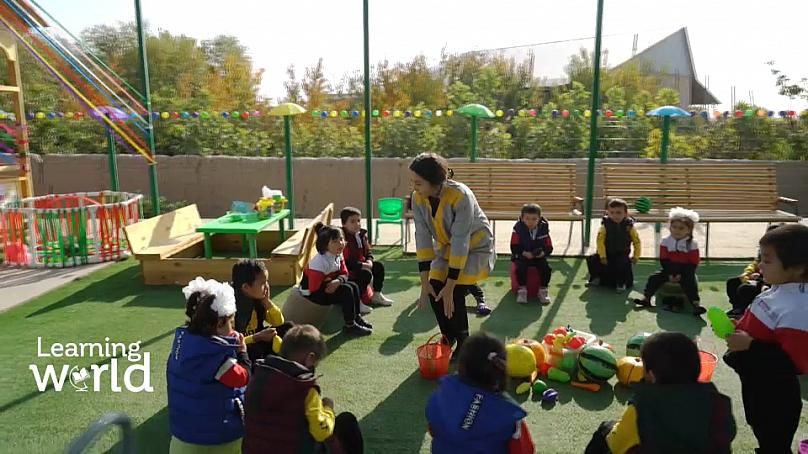 Child-centred learning is a new approach in Uzbekistan's education system. At a recently opened pre-school in Khasian village, children are being empowered to make their own choices about how they learn. As Irina Grosheva, the Chief Specialist of the Strategic Department of Preschool Education at the Uzbek Ministry of Education says, "In the previously used model, the educator was the most important key figure. Now it is the child who plays the main role. The child has the right to choose his or her own activity". She tells us that the goal now in Uzbekistan is to develop analytical thinking and creativity in children. They believe that it is creativity that allows a child's personality to grow."

The World Bank is also helping Uzbekistan to develop good-quality pre-school education as well by financing various projects in the area.

Marco Mantovanelli, the World Bank country manager for Uzbekistan argues that supporting a child-centred education from an early age enables them to solve problems more easily. "Problem solving is critical to developing a better capacity to be a learner down the road", he explains.

In the small village of Shikhmakhshad, there's another alternative preschool called a playgroup. Children in mixed-aged groups there learn through play. Alongside its broader support for educational reform, UNICEF has helped to open eight such playgroups in Uzbekistan. According to Munir Mammadzade, the UNICEF representative in Uzbekistan, in these playgroup preschools, "soft skills and critical thinking skills, the ability to interact, communicate and solve problems even though they might be very basic at that age" are something they are investing in.

As a result of this new push to improve education for Uzbek children, the profession of pre-school teaching has become a popular career choice. Students of this profession are also learning how to teach creatively to adapt to the new methods. But to Madina Nabieva, a pre-school student, their main goal is to learn to "remain a child at heart, otherwise, the children will not be able to open up" and accept the new teachers into their world.