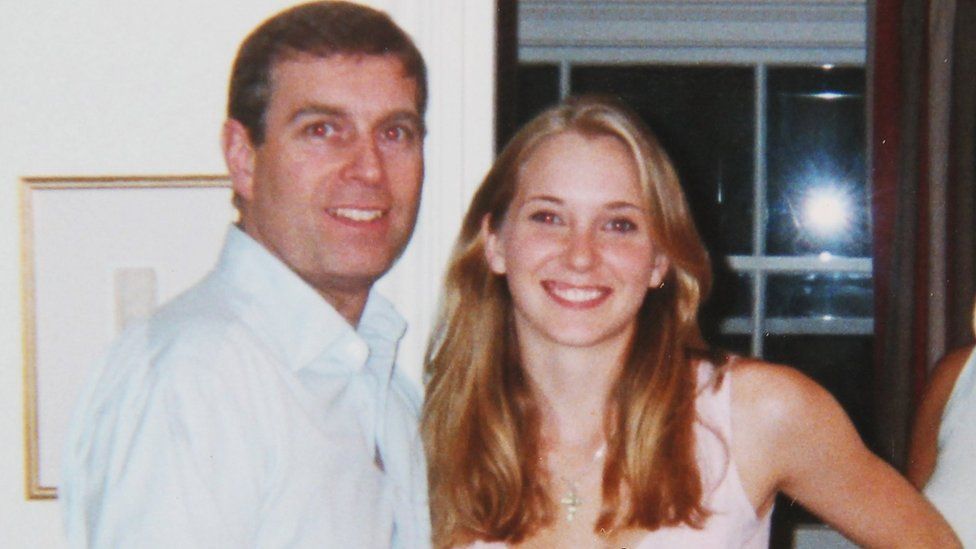 Prince Andrew has been granted access to a sealed document his legal team believes could help end the civil case being brought by Virginia Giuffre, who accuses him of sexual abuse.

A US judge gave permission for the agreement between Ms Giuffre and convicted sex offender Jeffrey Epstein to be shared with the prince's lawyers.

Ms Giuffre's lawyers believe it will be "irrelevant" to Prince Andrew's case.

The Duke of York, 61, has consistently denied Ms Giuffre's allegations.

Ms Giuffre, 38, claims she was sexually assaulted by the prince at three locations including New York City.

Andrew B Brettler, who represents Prince Andrew, had argued at a previous hearing that Ms Giuffre had entered into a "settlement agreement" with Epstein that would end her current lawsuit.

During the first pre-trial hearing of the case last month, Prince Andrew's lawyer said the agreement "releases the duke and others from any and all potential liability".

The prince's lawyers have said in court that Ms Giuffre agreed in 2009 not to sue anyone else connected to Epstein when she settled her damages claim against the billionaire sex offender, who died in prison in 2019.

The precise wording of that deal is currently confidential - sealed by a court.

In a court document filed on Wednesday, US Judge Loretta Preska agreed to a request from Ms Giuffre's lawyer, David Boies, to provide the duke's legal team with the document.

Mr Boies previously said about the document: "Although we believe that the release is irrelevant to the case against Prince Andrew, now that service has been accepted and the case is proceeding to a determination on the merits, we believe that counsel for Prince Andrew have a right to review the release and to make whatever arguments they believe appropriate based on it."

Then known as Virginia Roberts, Ms Guiffre claims she was assaulted by the prince at the London home of Epstein associate Ghislaine Maxwell, and at Epstein's homes in Manhattan and Little Saint James, in the US Virgin Islands.

Her case claims Prince Andrew engaged in sexual acts without Ms Giuffre's consent, including when she was 17, knowing how old she was, and "that she was a sex-trafficking victim".

The prince has consistently denied the claims and, in 2019, told BBC Two's Newsnight programme: "It didn't happen."