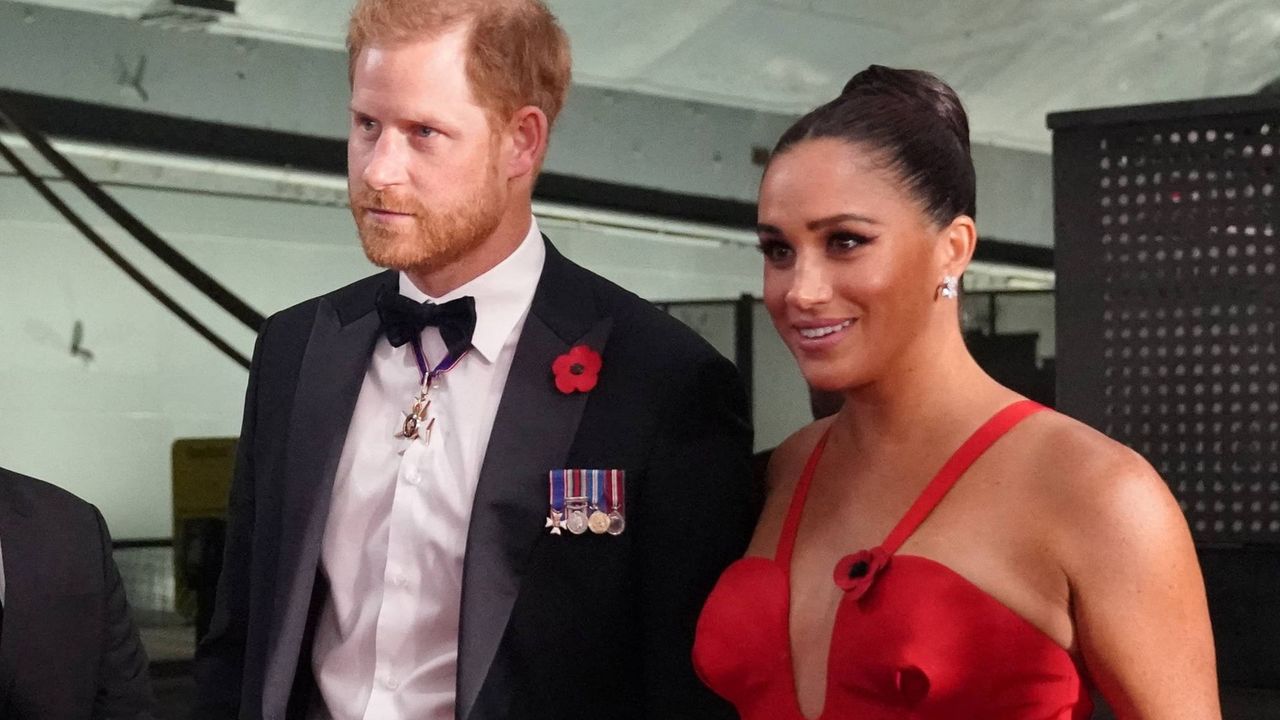 Democracy is in crisis, faith in institutions is at an all-time low. The public's trust in our leaders has collapsed; cynicism is all around. Which pillar of integrity can save us from the morass and rescue our crumbling polity? Step forward erstwhile aristo Prince Harry, the hereditary hedonist reborn as a fearless fighter of fake news. Since joining the beautiful people in LA eighteen months ago, the exiled royal has gone round collecting pseudo-jobs like a less employable George Osborne.
Eco-warrior, occasional podcaster, ethical banker and interminable speech-giver: there are many hats now worn by the dilettante Duke. And today it was the turn of Commissar Harry to adopt his Ushanka in his role as a member of the Aspen Institute's Orwell-esque 'Commission on Information Disorder.' The Institute has concluded a six-month study into an 'avalanche of misinformation' online, with the 37-year-old prince setting out 15 demands on his foundation website, Archewell, for how to deal with this problem.

The report calls for 'increasing social media transparency and disclosure', with suggested 'solutions' including 'community-led methods for improving civic dialogue and resisting imbalances of information power'. Harry is quoted as labelling 'the mis-and disinformation crisis' as 'a global humanitarian issue' which 'affects not some of us, but all of us.' The millionaire monarch's grandchild expresses his desire for such 'recommendations' to to become law, writing: 'I hope to see the substantive and practical recommendations of our Commission taken up by the tech industry, the media industry, by policymakers, and leaders.'

But Steerpike was most taken with the section of the report summary labelled 'superspreader accountability.' It demands that leaders:

“Hold superspreaders of mis- and disinformation to account with clear, transparent, and consistently applied policies that enable quicker, more decisive actions and penalties, commensurate with their impacts — regardless of location, or political views, or role in society.”

With delicious timing, the report comes just five days after Prince Harry's wife Meghan was forced to admit to a British court that she had made a misleading statement in her privacy case against the publishers of the Mail on Sunday newspaper. The Appeal Court heard on Thursday that the Duchess of Sussex had asked an aide to pass on information to the authors of a biography – despite having earlier said she 'did not contribute'.

If superspreaders of misinformation are to be held to account – regardless of their 'role in society' – perhaps Harry could start with addressing the claims of his wife. Speaking her truth or spreading fake news? Steerpike will leave it to his readers to decide who is 'perpetuating falsehoods' – to borrow a phrase from Meghan's Oprah interview.